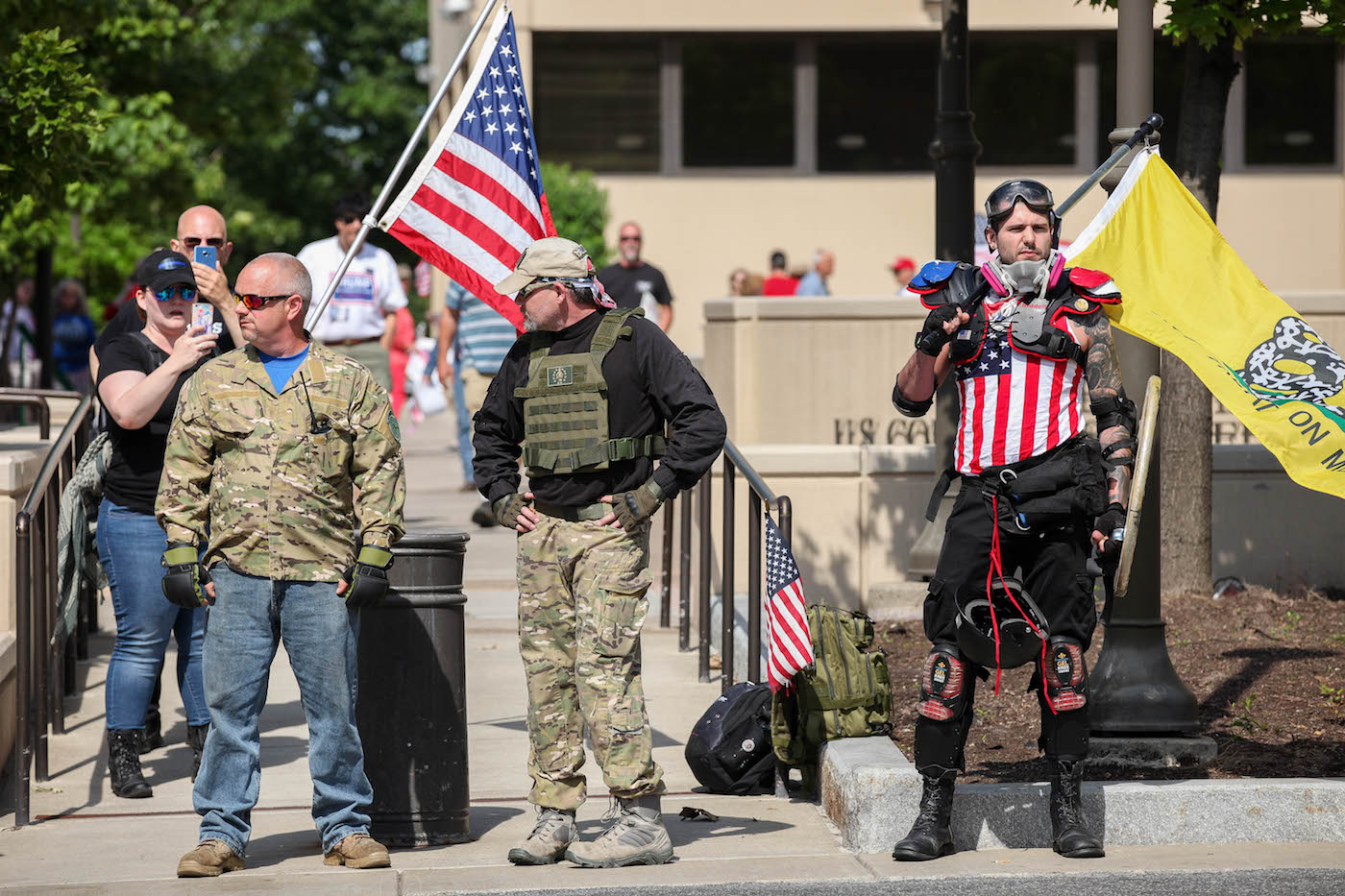 Emmanuel Snipes stood on Clinton Street Saturday, June 10, shaking his head. About 100 people stood on one side holding a March Against Sharia. On the other side stood about 100 members of the New York Antifa Alliance, an anti-fascist group.

“If we all got together and stopped fighting with each other, we could figure it out,” said Snipes, a longtime Syracuse resident. “As long as you stand across the street yelling, you’re not going to get anywhere.”

Despite Snipes’ advice, the groups exchanged insults, chants and F-bombs for three hours as at least six Syracuse police officers watched. Although the mood was tense, there was no physical violence and police made no arrests. 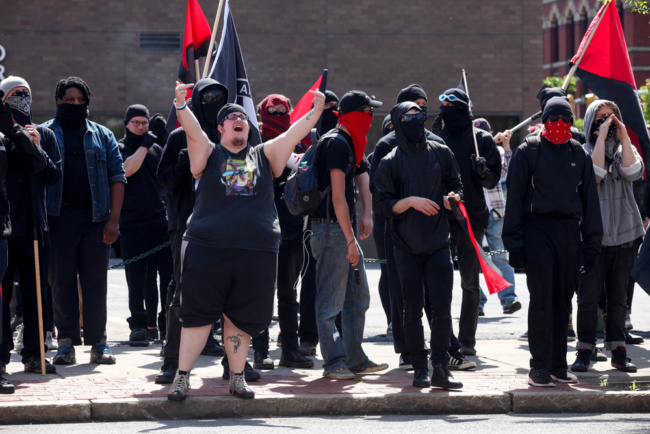 In a scene taking place in more than two dozen U.S. cities, ACT (American Congress for Truth) for America organized the Syracuse rally, claiming Sharia, or Islamic law, is incompatible with Western democracy. In response, far-left Antifa groups planned counterprotests. Many Antifa demonstrators were not from the Syracuse area.

The rallies offered a study in contrasts in a divided America. Demonstrators portrayed themselves as patriots, defending free speech and the Constitution. Counterprotesters said the demonstrators were spewing hate speech that justified white supremacy.

ACT participants carried American flags and wore Trump shirts and hats. At least 12 members of the American Patriot Nation, or Three Percenters, wore fatigues and Kevlar vests and said they were “ready to defend ourselves and the Constitution.”

Many counterprotesters dressed in black, with bandanas covering their faces. As Antifa chanted “Muslims are welcome here,” the other group responded: “We don’t need you here.” Later, there were dueling chants of “Commies, go home” and “Nazis, go home.”

Randy Potter, regional director for Central New Yorkers for Trump, stressed his support for “Western civilization and the Constitution.” Asked to define Sharia law, Potter pulled out a sheet of paper and read a list. Sharia law, he said, supports female genital mutilation, oppresses women and gays and calls for death to all who are not Muslim.

Sharia, in fact, condones none of those practices. It is a guide to religious life rooted in the Quran, the Muslim holy book. Sharia is comparable to Jewish law, which guides Jews in ethical living.

Rose Simmons of Oswego knows no Muslims. “I prefer not to, because of their ideology,” she said. “I’m concerned about my children and grandchildren having a right to grow up without having invaders come here and not assimilating.” 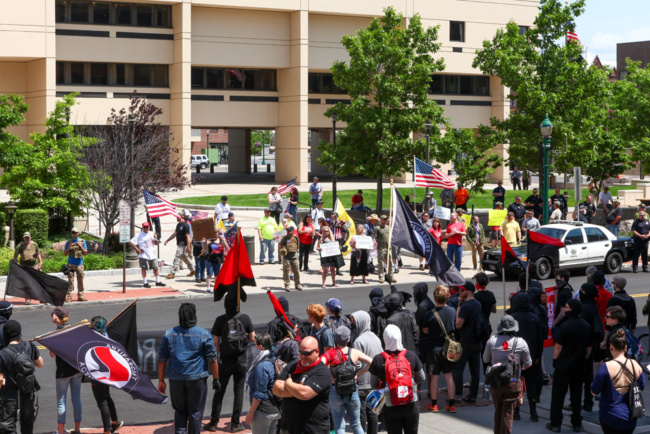 But Lisa Joseph, who organized the event, disputes that. “ACT for America is not anti-Muslim,” she said in a speech and in an interview. “We are anti-radical Islam. Big difference.”

Central New York’s Muslim leaders, the Syracuse Peace Council and InterFaith Works urged people to participate in events that support diversity and interfaith understanding. About 300 people visited the Islamic Society of Central New York for tours and an educational program.

“We wanted to spread a positive message,” Magda Bayoumi said at the mosque. “This is Ramadan. We’re supposed to be spreading love and care, not hate and anger.”

Katie Feyh of Syracuse, a member of the International Socialist Organization, chose to rally because “standing up to bigots directly is a necessary tactic. We stand against the hatred they vomit.”

By noon, the ACT crowd, which stood in direct sunlight, had dropped in number. The other group, in the shade and made up of more young people, never slowed its chants. Just after 1 p.m., ACT called it a day, and Syracuse police officers offered to escort them to their cars.

“Bye, bye,” Joseph yelled to Antifa, which cheered the end of the rally. “See you next time.”