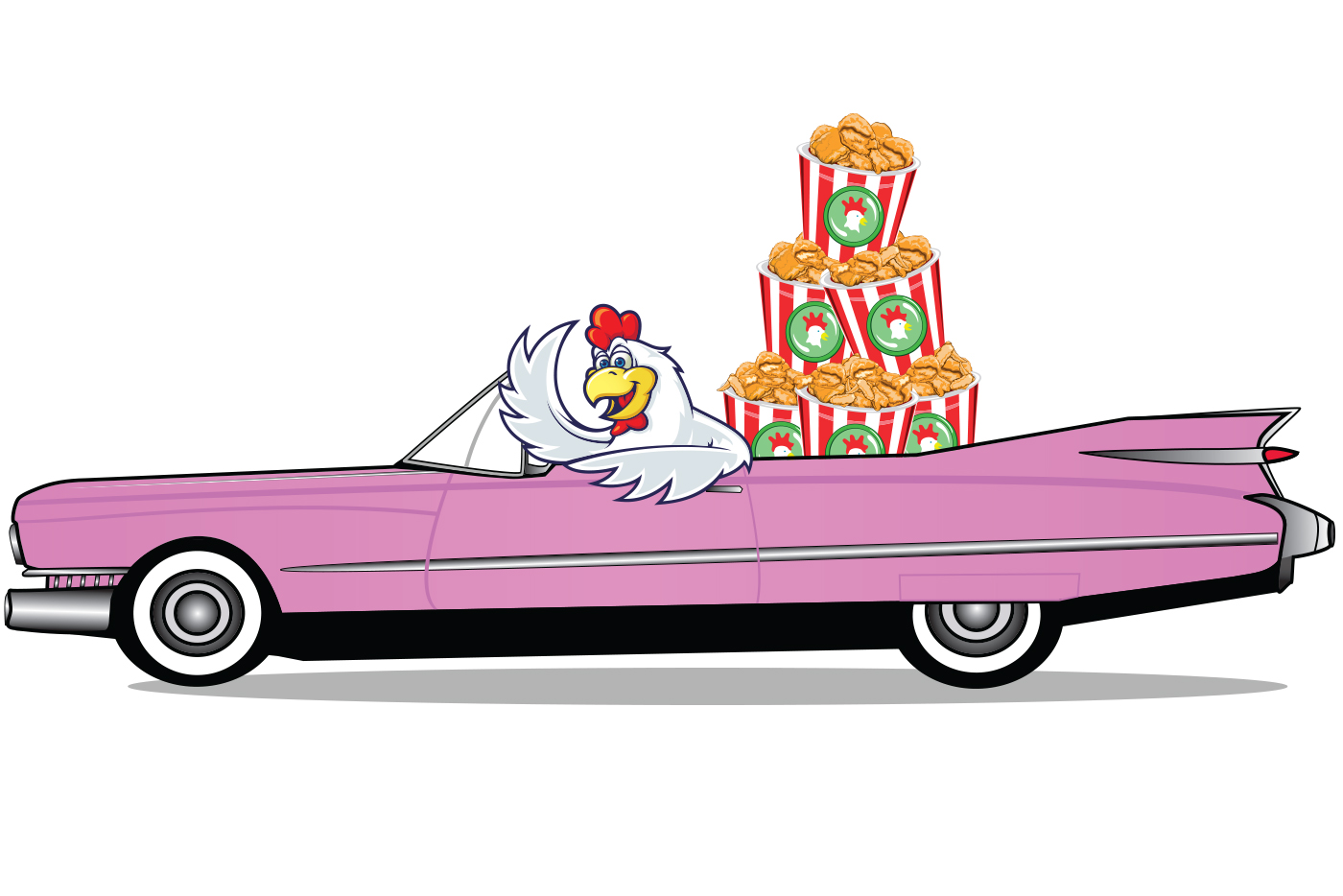 The quest to find the best gas station chicken wings in CNY is the perfect way to kick off summer.

Can we take a break from the dismantling of the Republic to discuss a matter of even greater import: Who has the best gas station wings in Central New York?

If that sounds familiar, it’s because a few years ago I set out to find the best gas station pizza in our area. Now that summer has finally arrived, along with our popular Summer Times issue, it’s time to assess gas station pizza’s trendy companion nutrient: chicken wings.

Gas station wings aren’t exactly commonplace yet. While gas station pizza has been an American staple since Paul Revere interrupted his famous ride to grab a slice en route to Lexington, getting wings with your unleaded is largely luck of the draw.

I drove east from Camillus to DeWitt on Erie Boulevard last week and found only a single service station on that side of the road that served wings. Why don’t you investigate that, Robert Mueller?

Still, with Americans consuming 25 billion wings per year and with the advent of high-speed convection ovens, it was only a matter of time until filling station flappers started scratching out a presence in the mini-market market. That’s a good thing. Along with snow cones, cannonballs and Lyme disease, nothing says summer like filling up with cheap unleaded, climbing into a hot car and scarfing down a steaming pile of convenience wings. Yum!

Obviously, I couldn’t visit every gas station in Central New York that sells wings. If you believe I missed one that serves an especially good version, please notify me immediately at [email protected]. Write “Emergency!” in the subject field.

For  consistency’s sake, I sampled only Buffalo-style wings (hot). Most outlets offer a few exotic flavor options and several even offer boneless wings, which I eschewed because boneless wings are for ladies.

Finally, we need to draw a distinction between corporate gas station wings vs. combo businesses that have an independent pizza/subs/wings shop paired with the gas station. For example, Key Pizza, at the Valero station on Erie Boulevard East, won my 2014 contest for best gas station pizza, but I always felt a little funny about that, not because their pizza isn’t excellent — it is — but because they have the advantage of being a true restaurant. Not surprisingly, Key also sells delicious, made-to-order wings that would not be out of place if they were at any restaurant-bar of high repute. Same for Liberty Gas and Pizza in North Syracuse. But let’s leave those titans out of the mix and concentrate on wings served by — vs. under the same roof as — convenience marts at gas stations.

Here are my rankings from worst to first:

APlus Sunoco, 1000 W. Genesee St. A pleasant crew and an easy price point of $3.99 for six wings couldn’t override the faint but persistent taste of vulcanized rubber. Barely sauced and purportedly “steamed at 700 degrees,” these so-called “Wings of Fire” might be more aptly named “Wings of Tire Fire.” Maybe they were just having a DMinus day at APlus.

Sunoco Express Mart, 3300 Erie Blvd. E. Don’t judge wings by the logo on the fuel pump. I sampled wings at three Sunoco stations and all were different. The ones here were smaller — and juicer — than ones at the West Side Sunoco. They evinced a delicate crunch that suggested baked vs. fried, but in a pleasing way.

The big markdown came from the absence of applied sauce. Instead of a behind-the-counter embalming, I was granted a small container of watery Chester’s dipping sauce and a to-go container with enough blue cheese dressing for three dozen wings. Weird. The Chester’s wasn’t bad but it wasn’t good. It possessed a perfunctory, just-good-enough quality that dulled my palate and made my heart sad. Sorry, Chester. You’re no Frank.

Sunoco, 224 W. Genesee, Fayetteville. These were prepared much like those above but were served with a superior dipping concoction. Don’t expect sauce-slathered deep-fried decadence, but the Turb-o-Chef oven will have you inhaling better-than-decent wings in about seven minutes. Three-wing option for nibblers: $2.69.

Byrne Dairy & Deli, 6215 Thompson Road. These are no-b.s., deep-fried high-quality wings. They arrived piping hot with a container of blue cheese dressing. Meaty and tender with a clean fresh taste. I needed more bite to the sauce and more sauce in general. Coverage was patchwork. But on balance a highly satisfying artery clogger on the go.

Nice N Easy, 8220 Cazenovia Road, Manlius. One sinus-clearing whiff and I knew I’d come home. I could nitpick and tell you I like my wings a touch crispier, or that I found the meat slightly soft, reminiscent of biting into a sea polyp. But gosh darn these wings were delish: tangy, saucy and infused with a high-octane vinegar kick. Messy, too, and I mean that as a compliment.