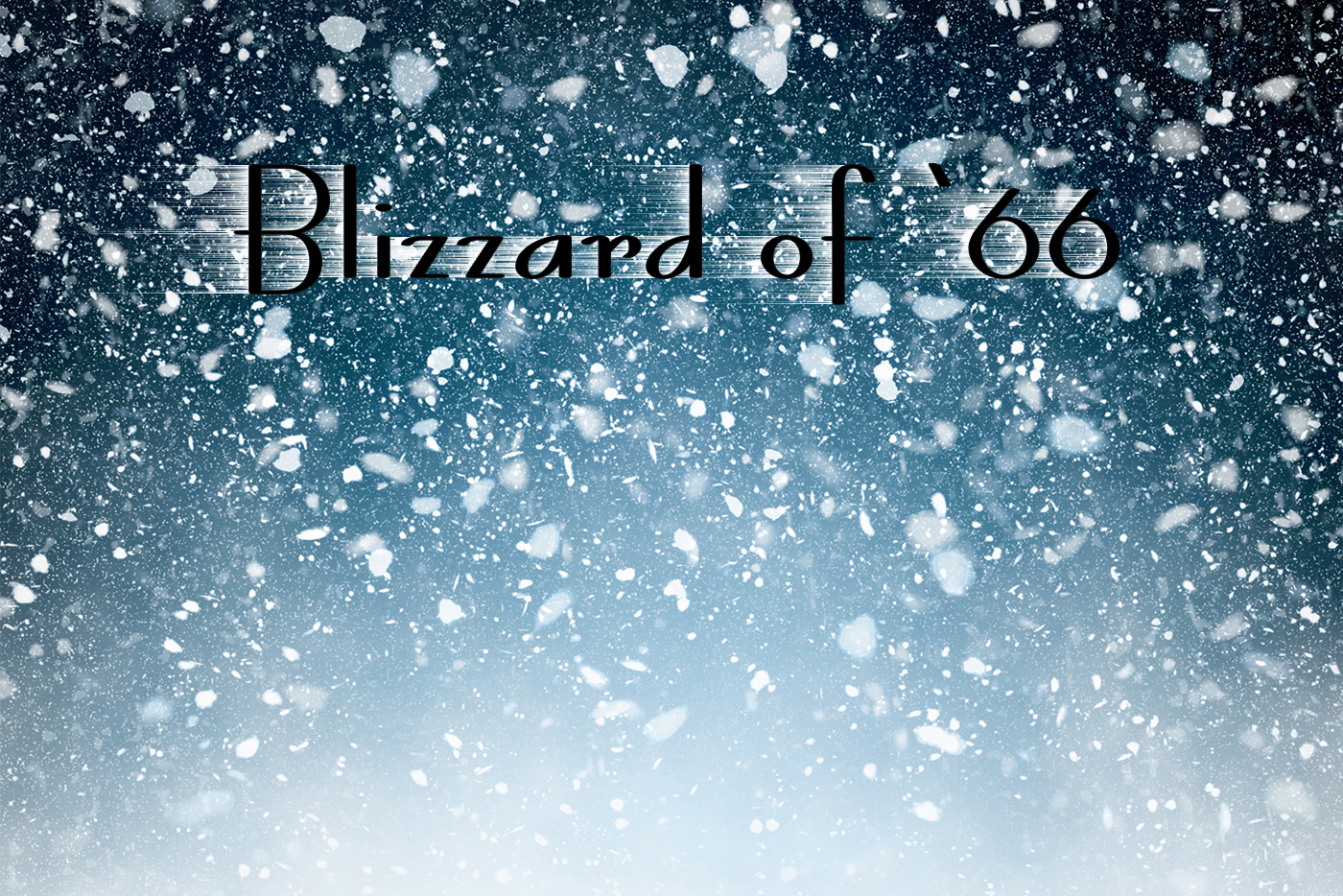 The anniversary of the blizzard that swept Syracuse in 1966 warrants recollection.

The first snowflakes started falling on Sunday, Jan. 30, 1966. By the time the blizzard ended on Tuesday, Feb. 1, more than 42 inches of snow had paralyzed the Salt City.

That’s when Mike Price dressed in his heavy winter coat, laced up his black leather boots and left his wife and two children in Meadowbrook to trudge through the mounds of snow four miles to WNYS-Channel 9’s Shoppingtown studio.

“Walking in and getting there I felt like a pioneer, an adventurer to walk through that snow and get to work,” recalled Price, 78, a Channel 9 (now WSYR-TV) staff announcer at the time.

Price, born and raised in Syracuse, never experienced a storm like the Blizzard of 1966. Fifty years later, he remembers how it crippled the city of Syracuse yet also brought neighborhoods together. “In the 20th century in our area I don’t think there has ever been one that has matched it,” said Price.

According to Mark Monmonier, a geology professor from Syracuse University, this particular blizzard was part of a cyclonic system that was brought by moisture from the Atlantic Ocean, rather than off Lake Ontario, although there was some “lake enhancement” that fueled the storm.

“It came as a bit of a surprise,” Price said. “We didn’t have Doppler radar. They knew a storm was coming but not as much as we had.”

Unable to leave the studio, Price and eight other coworkers camped out overnight, finding any place they could to get a few hours of sleep. “In the broadcast business, it gave us a sense that people depended on us, so we better get there and do what we need to do,” Price said. “That was part of the work ethic of those days: to fulfill an obligation.”

At least Price was able to walk in the middle of abandoned streets to get to Channel 9. Shirley Woodard, 87, of Constantia and Nadine Monroe, 81, of Minoa were like many residents during the storm who were shut in their houses without electricity.

“There was just snow everywhere, you couldn’t see a single thing outside,” said Monroe. “All we could do was stay inside and watch it come down. And we just waited for it to go away.”

The huge amount of snow, combined with 58 mph winds and temperatures that dipped to 26 below, meant that residents were unable to get out of their houses. “We couldn’t get out of our door because the snow covered our windows,” Woodard said. “My husband got a path made so we could get on top of the snow. But we couldn’t find our car. We knew it was in the driveway but we didn’t know exactly where it was.”

Although the storm involved a full day of shoveling, Monroe recalls how much fun everyone had with the tunnels that were built above her head in the snow. She remembers seeing nothing but the thick white snow that covered the top of her mother’s tall window.

“The kids, of course, loved it,” Monroe said. “The snow was so high they could walk around underneath the telephone wires.”

Forced to stay inside, many residents depended on candles for light and their ovens for heat, while children played with jigsaw puzzles. Although Woodard, a Syracuse native, was accustomed to harsh winters, “We never expected it to be like that.”

After the storm, neighbors came together to help dig out others. “When something like that happens, neighbors assist each other,” Price said. “It didn’t create any lasting friendships with our neighbors but if there was another crisis, we would help each other.”

Woodard’s husband owned a snowmobile, so he helped deliver groceries to stranded neighbors. When a neighbor suffered a heart attack during the storm, Woodard’s husband came to the rescue. “They had called the ambulance, but the ambulance was up on Route 49 and couldn’t get where we were,” Woodard said. “So they strapped the man to my husband and he took him up to the ambulance.”

There were plenty of similar emergencies during the storm. According to The Post-Standard, there were several reports of babies being born outside hospitals and parachutes were dropped with food to stranded residents. Then-Gov. Nelson Rockefeller issued snow removal equipment to Central New York to handle the mounting crises. The blizzard cost the city of Syracuse an estimated $217,000 and added approximately 300 million gallons of water to the water supply.

According to Price, local fire and police departments were a huge help to the community. “They started to get some streets plowed, and fire departments were really good about helping stranded senior citizens and people with disabilities,” Price said. “They made the rounds to get those people the help that they needed.”

Long after the storm, people could not shake the frozen memories. “Everyone talked about it,” Monroe said, “we just couldn’t get over how much snow there was.” And Woodard declared, “I’m 87 years old and I still remember it.”