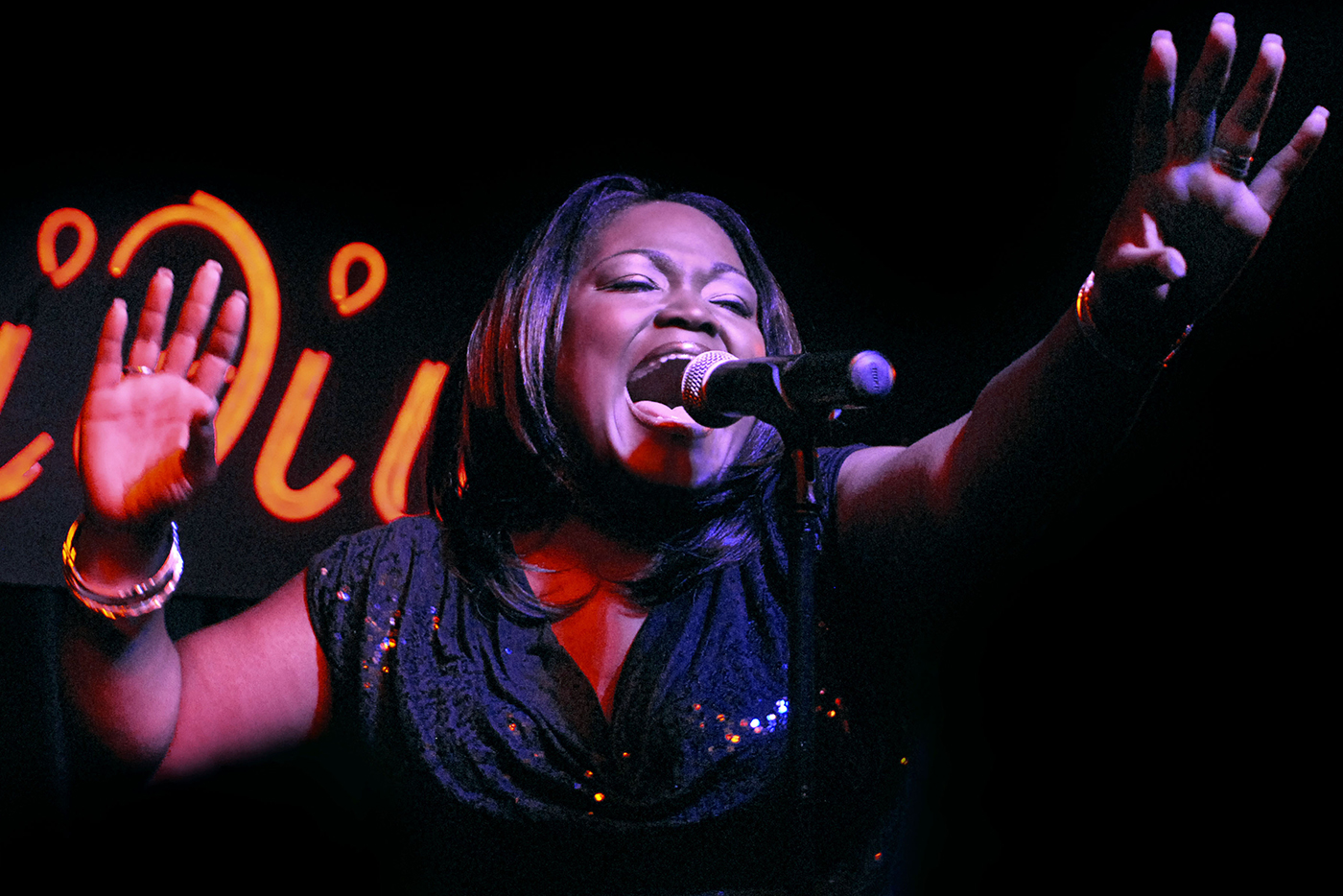 Shemekia Copeland was born into a musical family. Her father, Johnny Copeland, was a blues guitarist and singer who encouraged her to follow her own musical path. When she was just 8 years old, he brought her to sing at Harlem’s famed Cotton Club. Although she wasn’t ready for it then, later in her teens, when her father started slowing down, she ramped up.

Copeland has rejoined her former label, Alligator Records, and released Outskirts of Love in 2015. She’s on tour to support the CD, with a stop at Homer’s Center for the Arts on Saturday, Feb. 6. “This record is my third Grammy nomination,” Copeland says. “I’m really excited about that. The album is doing well and I’m real proud of it.”

Why did you split with Alligator?

I left because creatively I needed to find my way. When I was on Alligator, I was making records every two years and then touring on that record for the next two years. It was too quick. I was on the road or in the studio. There was no time to let life happen. Now, so much has happened in my life. It allowed me to grow.

This is my first album back with Alligator since 2006. I started out there, so this was just the natural thing to do. It feels great to be back with them. It’s like going back home.

What’s happened in the years since?

I was making records on Telarc. I went to Iraq and Kuwait. I saw things that, politically, I didn’t like the way they were happening, in this country and outside of it. The religious hypocrites … it was things I had never talked about before. I started talking about those things on Never Going Back (2009) and continued with 33 1/3 (2012). Now I’ve continued with this one (Outskirts of Love). The conversation got more mature.

What responsibility do you feel musicians have to talk about bigger ideas like this?

If you have an outlet like we do as artists, what you put out into the universe is really important. That’s why I wanted to do songs about domestic violence on 33 1/3. On Outskirts of Love, date rape is a topic. These are things I’m talking about and I love it.

Besides your trips around the world, what else caused the change in content?

Age caused the change in writing. I started making records when I was 17. Aging has been a wonderful thing. I grew up on record. It’s limited what you can talk about as a teenager. As you get older, the conversation opens up a little bit. But even as a young girl, I was still pretty bold in what I was saying. As a blues singer, you can do that. Now it’s opened up for me in that respect. I’m almost 37.

Tell me more about your tour of the Middle East.

I went over with a few artists for a couple weeks. We went around to bases in Iraq and Kuwait and performed for troops. It changed my life. The day I was leaving there was the day Obama was announced the new president. It was just the strangest feeling. There is no mood there, that’s the funny thing. Nobody talks about politics. The people who live there don’t and the soldiers definitely don’t talk about it. It just wasn’t discussed.

What impacted you most from that experience?

How young those kids were at the time. I noticed that. The sacrifice. How some of these guys can’t rent a car in America, but could sacrifice their lives for their country. It’s just amazing.

Tell me how that translated into your songwriting process.

I work with really great songwriters and we just work it out together. John Hahn, I’ve known since I was 8 years old and we’ve been working together for about that long. We talk every day. We’re always coming up with ideas about songs.

I try not to think about the state of the blues. As long as I’m here and the other artists coming up are doing this music, it’s going to be fine. It always has been. It’s always stood the test of time. I don’t worry about it.

What else should people know about Outskirts of Love?

Oliver Wood from the Wood Brothers produced my last three records and he’s just brilliant. I really enjoy working with him. He’s unbelievably creative and brings out things in me that I didn’t know were there. I’ve learned that the subtleties in your voice can be just as powerful as the power in it. That’s the best lesson.