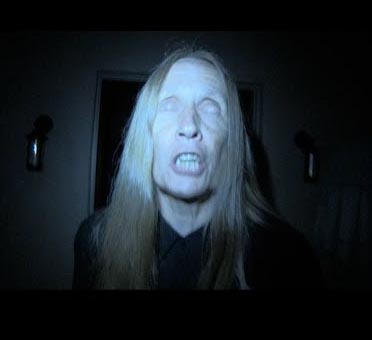 Installment No. 5 of the “Paranormal Activity” franchise features the marked ones.

Are you ready to start 2014 with a whole new series of nightmares?

If spooky is your thing, this weekend’s opener could lift your spirits.

This fifth edition takes place in Oxnard, Calif., where a group of curious party-goers take their camera to investigate after a woman dies in the apartment underneath them. Jesse, played by Andrew Jacobs, becomes marked by the evil forces. His family and friends do all they can to save him.

The plot hints back to activity in “Paranormal Activity 3.”

Topping the box office parade for Christmas weekend 2013 was “The Hobbit: The Desolation of Smaug.” The second installment of the prequel trilogy to Tolkien’s “Lord of the Rings” grossed $29.04 million, according to boxofficemojo.com. That puts its overall gross at $189.49 million for three weeks.

Watch some behind the scenes footage:

The No. 2 film on the list has shown even sturdier box office legs. Disney’s animated “Frozen” was barely nipped at the gate for the weekend, with $28.59 million. It’s overall take is $248.11 million for six weeks.

Will Ferrell’s comedy “Anchorman 2: The Legend Continues” stood at No. 3, with a weekend haul of $20.15 million, raising its overall numbers to $83.66 million.

That means you have to go all the way down to No. 5 to find the first weekend-opener. That was “The Wolf of Wall Street,” the financial caper that took in $18.51 million for the weekend to stand at $34.30 million overall, thanks to the Christmas Day opening on Wednesday.

Mark Bialczak is a veteran journalist who has lived in the Syracuse area since 1983. Earlier this year, he was set free to write about whatever he wants – CLICK HERE TO VISIT MARK’S BLOG