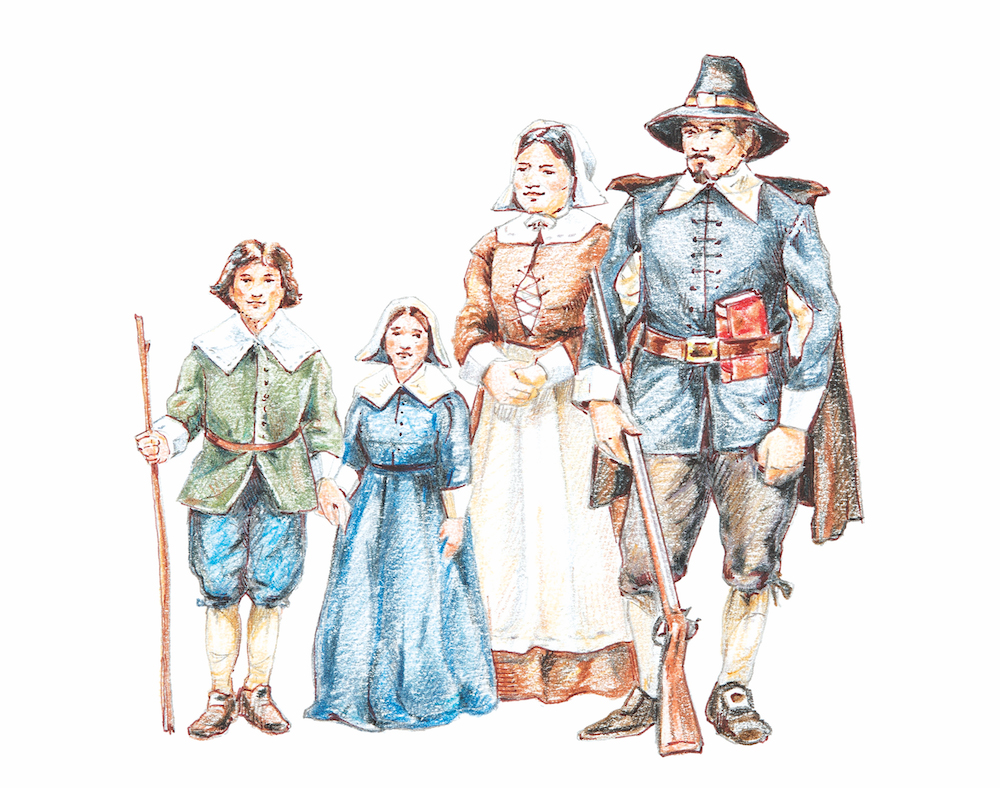 Don’t judge all Judeo-Christians by the few bad actors.

During this incendiary time we need a clear restatement of the obvious. Just because a person happens to be from the Judeo-Christian tradition does not mean that person is a terrorist or should be banned from American soil.

Don’t give in to fear-mongering. When we blame an entire class of people for the actions of a few, we do a great disservice to our nation and our humanity. Not only do I not support the heinous crimes of Judeo-Christian sociopaths such as J. Edgar Hoover (braless or not), Son of Sam killer David Berkowitz and Justin Bieber, but I condemn them in the strongest possible terms. These monsters are in no way a reflection of myself or my many Christian and Jewish friends.

In a similar way, going back to the roots of this great country, we should not be held accountable for the outrages of John Billington, a murderous Pilgrim, whose radicalized son, Francis, nearly blew up the Mayflower.

“Francis was an active, rambunctious youth,” reports MayflowerHistory.com. “He nearly caused a disaster onboard the Mayflower shortly after arrival in Plymouth Harbor, when he shot off his father’s gun inside a cabin, sending sparks toward an open barrel of gunpowder.”

Yes, I get it. Certain Judeo-Christians practice customs that can seem strange to the rest of us. Hassidic Jews and Mennonites, for example, have been on the Fashion Police Watch List for years, many churches exhibit an unfathomable fixation on the world’s most boring game, BINGO, and some sects insist that the Earth is only 6,000 years old or less.

But these faith-based communities almost without exception reject violence. We must never lump them with a movement that favors white robes and hoods and burns crosses into lawns. Or the hateful Westboro Baptist Church. Or those who use religion as justification to marry a child. Or a bishop who states that children share the blame for being molested by priests. These perversions are the antithesis of our spiritual tradition.

I’m also deeply concerned that Judeo-Christians are too often associated with passages in the Bible that can admittedly sound threatening when taken out of context. Book of Samuel I, for example, calls for draconian measures against the Amalekites: “Do not spare them; put to death men and women, children and infants, cattle and sheep, camels and donkeys.”

Most Judeo-Christians don’t interpret that passage literally, and have zero issues with Amalekites  — whoever they are. We like donkeys. They’re adorable.

Everyone needs to take a deep breath here. Just imagine where this country would be if it had overreacted to the assassination of Abraham Lincoln by John Wilkes Booth, who was born Episcopalian and is known to have attended at least one Methodist gathering and later might have converted to Catholicism.

Had we enacted a ban on all three of those faiths, the U.S. population would now stand at approximately 11. On the Episcopalian side alone, we would have missed out on Tennessee Williams, FDR and The Invisible Woman.

Now, back to the Billingtons — the worst Pilgrims ever. John, the patriarch, was implicated in a failed plot against the Plymouth Church. In an unrelated, long-simmering quarrel, he shot a dude and was hanged for murder. His wife, Eleanor, was convicted of slander against John Doane, a respected assistant to the governor. She was placed in the stocks and whipped.

There were parenting issues. A search party had to be mobilized when one of their sons, yet another John, got lost in the woods and was captured by Indians. And then there was Francis, i.e. Squib Boy. If the Billington family was not America’s first terrorist cell, they were certainly its first terrorizers. And they were Puritans!

The actions of these isolated lunatics and their modern equivalents do not speak for myself or for true adherents of the Judeo-Christian experience. Please make an effort to get to know us and learn the truth: We’re not terrorists. We’re awesome.

Hop Holds Down the Fort
A Closed Book
To Top