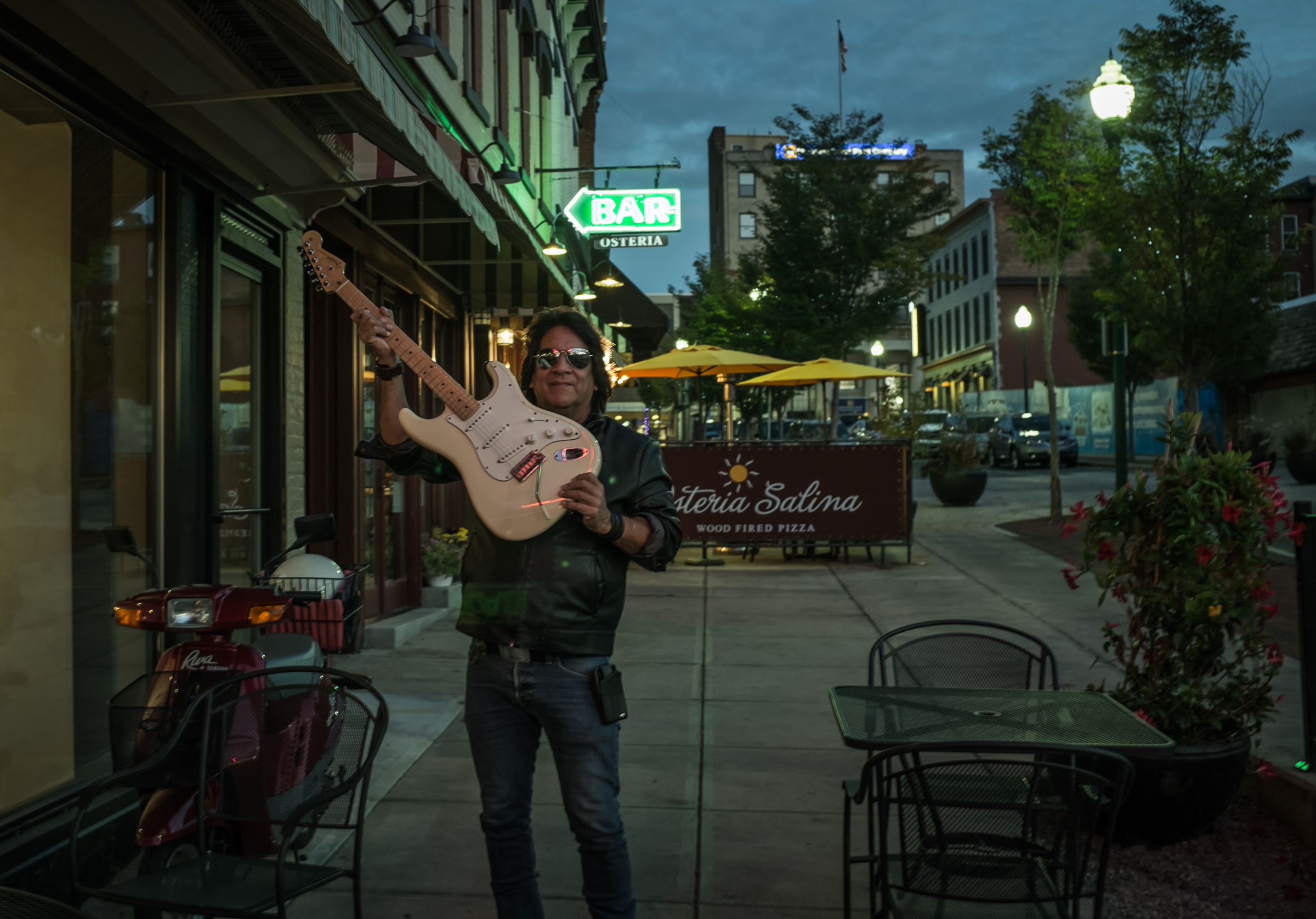 What is love? — Irv Lyons Jr. asks this on his latest album, Wonderland, several times over, on the back cover and within the lyrics. Considering his notoriety as The Ripcord’s guitarist, his solo appearances and judging by the entire history of songwriting on a global scale, the centuries-old question and emotional topic is a never-ending theme without clear resolution or solidified definition.

The topic of love, that age-old emotional and mystical affection, is a familiar song-infused schema. The motif has been well overused to the point where listeners are nearly numb. Frankly, the local musician, vocalist and songwriter doesn’t do anything different his predecessors and contemporaries have done; Lyons is realistically one of the many talents in the world and blips on the map tirelessly pursuing a personal love of music.

Wonderland is a 10-track exploration of genres, styles and voices or characters that are blessed and plagued by the catalyst of love. If it doesn’t have you swooning at first sight, or at first listen for this matter, the second or third glance can prove convincing.

“[The process] was a labor of love,” Lyons said. He took his time with the production of the album, and he got by with a little help from his friends: other Central New York musicians. “I selected musicians I felt could articulate the music.”

After years of guitar-generated note articulation, he started playing at age 8, and the journey has brought him here.

The first track of any album is a critical song. It doesn’t necessarily set the tone of the album, but it has to to have an auditory sex appeal to keep you tuning in. “Starlene,” in this case, generates a double-take and maybe some inappropriate ogling. There is a blend of genres and applicable musicians whose influences resonate the following tracks until the LP’s conclusion.

“Santana and Steely Dan are my influences,” Lyons stated, segueing into talking about growing up and listening to the radio. He said this record has a poppy edge to it. There is a fine balance of peppiness and blues-driven edge. “Starlene” is also attributed with a ZZ Top grittiness, which cannot be shaken off.

The next step is a sensual progression with “Fire Without a Flame,” a sultry song accented by Monroe’s vocals and DiCosimo’s keyboards. The thumping bass line, too, has great prominence.

From there, the album unfolds: “Your Love” has a tasteful Latin groove. The Driscoll-driven and hip-hop flavor of the title track, “Wonderland,” and road trip-friendly “Hypnotize” is, well, hypnotic with a consistent and crisp acoustic backdrop.

Two remixes accent the songwriter’s storytelling. “I Love the Night” is a foggy summertime tune with a hazy message, leaving the listener to question: Does the narrator love the actual night, the night scene, the thrill of the chase or a mix of the three?

With “Be My Baby,” a different tone is noticeable. There is a sense of determination and obsession emphasized by the lyrics and especially with the line “I want to take you away from him.”

“The music is very sinister. The guitar is filthy and evil,” Lyons said with a coated elation. “This guy wants this woman no matter what.” Throughout the song there are constant crescendos of sounds with sharp cutoffs. He credited Moleski with seasoning the song with a reversed piano chord. “That’s Jeff’s magic.”

“I’m a hopeless romantic,” he interjected. The musician wants the world to know it, and there is a plenty of heart going into the years behind this album. At the same time, his experience as a veteran has prominence in his music. After serving in the United States Army for 20 years, the lyrics and music do allude to post-service experience. As “Hypnotize” may have a listener tapping their feet with the rhythm, he said the lyrics reflect feeling lonely, out of place, depressed and wanting to be appreciated … and, yes, loved.

Details about a CD release party are still being squared away, and this article will be updated when they are available and, of course, through our event calendar.

Similar to the lyrics in “Slide” and in similar fashion to Johnny Cash, we’d like to see Lyons continue to “walk the line” of the CNY music scene.