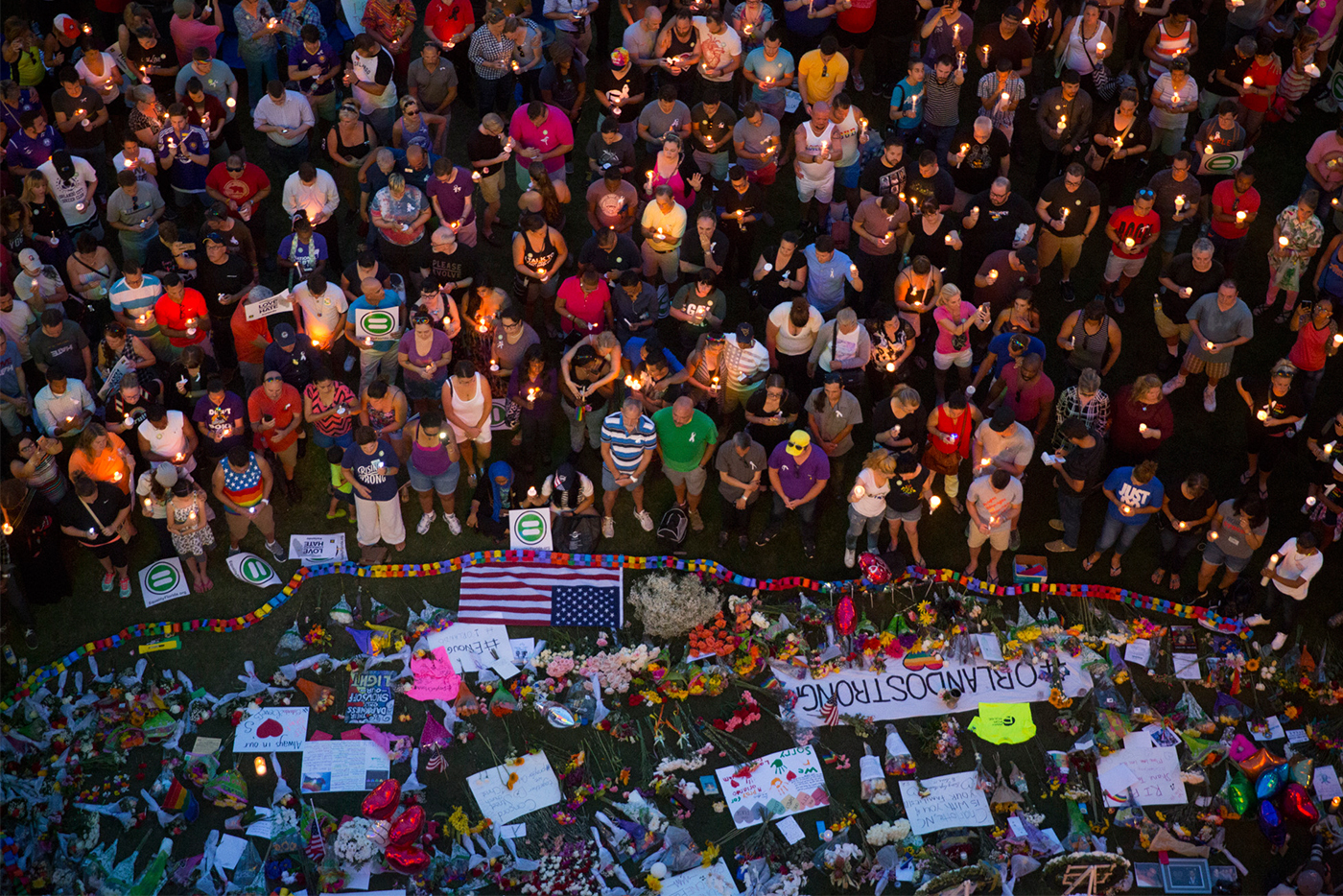 America’s priorities directly following the tragedy in Orlando were far from where they should’ve been.

Mourners gather at a vigil for victims of the mass shooting at Pulse nightclub, outside the Dr. Phillips Center for the Performing Arts in Orlando, Fla., June 13, 2016. Photo by Loren Elliott via The New York Times
Share
Tweet
Share
Share
Email
Comments

I had just rolled over to go to sleep late on Saturday, June 11, when I heard my phone buzz with a news alert. It was from USA Today, reporting that three people had been injured at a nightclub shooting in Orlando, Florida.

Then like many others, I awoke Sunday morning to find out that small incident was now the worst mass shooting in modern U.S. history and the deadliest incident on U.S. soil since 9/11.

I immediately turned on the television and opened Twitter, and saw just a glance of the great tragedy that had just unfolded — and then instantly saw the other tragedy that comes with it. Though not as ugly, it leaves just as bitter a taste.

I’m talking about the inappropriate comments, the insults, the arguments and heated back-and-forths that flare up online every time a mass shooting or terrorist attack occurs. Dozens of lives had just been lost and we have nothing better to do but log onto Facebook and suddenly become experts on gun control, the NRA and actions in our legislative chambers. More than 100 families had just been shattered and all we can think of is rushing to push our political ideas on one another.

Why don’t we just go bang on the doors of the families who lost loved ones and yell “we need to ban guns!” or “we need to ban Muslims!”? Because no civilized person would do such a thing. So why is the internet any different? It seems like every time a deadly event like this happens, we instantaneously turn it into a political weapon. We take advantage of a dead human being simply so we can beat our chest and say “See? I told you so.”

Although I was only 8 years old at the time, I very much remember the events of 9/11, but more specifically, the events that followed. There were a few of us who immediately began pointing fingers, looking for somebody to blame. But that’s not what I remember. And I don’t think that’s what most people remember. I specifically recall a lot of flags. It seemed like red, white and blue were suddenly everywhere and painted on everything, from bandanas to signs. Ceremonies, vigils and memorials filled a nation in utter disbelief.

Yes, we were afraid. We were afraid of our neighbors, afraid to fly and afraid we could be attacked again. But it wasn’t fear that defined that day, or the days and weeks afterward. It was respect, strength, hope and above all else, humility.

We were a divided nation then too. We were still recovering from the brutal, controversial 2000 presidential election. Political lines were drawn. Ideological battles had been waged. Then we woke up to see unforgettable images of smoke billowing out of the Twin Towers, Pentagon and a field in Pennsylvania. A dozen men took more than 2,000 fathers, mothers, daughters, sons, friends and colleagues from us. And suddenly, our pity differences evaporated and we remembered what really matters to us. We acknowledged what had happened, we mourned and we buried those we had lost. Then, and only then, were we able to wash our hands and then evaluate the tragedy and search for solutions on a political scale to prevent another one from happening again.

What happened in Orlando is no 9/11, but that’s not the point. What the point is, is that in times like these, we should be showing our humility and grace toward our friends and neighbors. And instead we showed the true opposite.

Indeed, this country has a problem. It is disturbing that mass shootings have become an expected part of our lives. It is vile that we cannot be certain we are safe whenever we walk into a nightclub, a movie theater or a school. And every side of the ongoing gun argument has its credible and invalid arguments.

But there is plenty of time for that conversation. We can talk about those things the next day and throughout the next month. But it really shouldn’t be this difficult for us to temporarily put politics aside and put respect center stage, to stop pointing fingers and instead, bow our heads. We can all disagree again tomorrow, but for now, let’s come together to bury our dead, and bury the hatchet.

Yes, it’s really easy for us to look at someone like Omar Mateen, an American citizen and a security guard, and be reminded of what horrible things people are capable of doing to one another. But sometimes, all we have to do is look at ourselves.