Who can you believe?

In Central New York, it has been hard to turn on the television in the past month without seeing a political ad…or five. Footage of the candidates on the campaign trail or in their kitchens with their wives (because, let’s be real, there are few ladies on the ballot here in CNY), talking in soothing tones about how they’ll do great things for regular ol’ Joe New York. Their opponent will do terrible, apparently Satanic things, as evidenced by the dark red hues and excessively underlined quotes from the Post-Standard and the New York Times about all of the terrible things they’ve already done.

Locally, the most intense 30-second slammers have come from hotly-contested races for the House of Representatives in New York’s 24th District, and the race for Governor of New York.

In the House race, incumbent Dan Maffei (endorsed by Democrat and Working Families parties) has sparred with John Katko (endorsed by Republican, Conservative and Independence partes) for the past two months, each accusing the other of all manner of reckless, criminal, and un-American behavior.

Incumbent governor Andrew Cuomo (a Democrat) and Republican challenger Rob Astorino are only two of the five candidates running. Others are Howie Hawkins (Green Party), Michael McDermott (Libertarian Party) and Steven Cohn (Sapient Party). But it is between Cuomo and Astorino that the ad wars have been particularly fierce.

Astorino’s positive ads have painted him as a family man and a smart, level-headed reformer. His anti-Cuomo ads have mostly focused on the federal investigation currently underway, which seeks to uncover whether Cuomo or his staff manipulated the Moreland Commission in its investigation of government corruption, steering its lens away from Cuomo’s own office.

At the end of September, Astorino ran an ad mimicking the famous “Daisy Girl” ad from the 1964 presidential election. The original ad, supported by President Lyndon B. Johnson’s campaign, sought to raise the stakes of the election by playing on the public’s Cold War fears. Astorino’s ad followed a similar formula, highlighting the potential issue of re-electing a governor “who may end up in jail.”

Cuomo’s positive ads have focused on his record on jobs, taxes and education since he took office in 2011, while negative ads aired on his behalf (though not endorsed by him) by the New York State Democratic Committee paint Astorino as a too-far-right, out-of-touch candidate who doesn’t share New York’s liberal values about women’s equality, gay rights, and civil rights.

Ads are often aired not by the campaigning politicians themselves, but by political action committees like the New York State Democratic Committee, the Democratic Congressional Campaign Committee, the National Republican Campaign Committee and the House Majority PAC. Sometimes the candidates endorse them, sometimes they don’t. Not endorsing allows them to deny that they support its message. But if we’ve learned anything from House of Cards and Hulu’s brilliant political dramedy Battleground, they could probably stop them if they didn’t want them to air. The unfortunate reality is that, true or false, attack ads may actually have an effect on voter opinions.

So who can you believe? How should you use political ads to help you decide who to vote for? The answer is: you shouldn’t. They may be lying. In fact, it’s legal to lie in political ads. Just ask the Supreme Court. 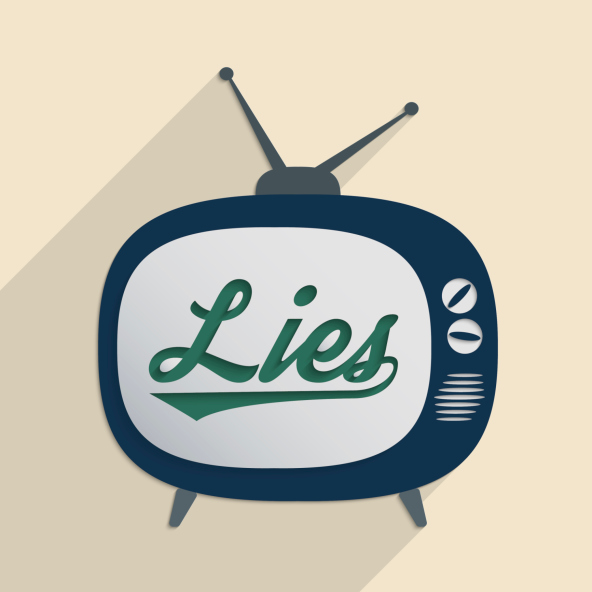 During the 2010 midterm election, the Susan B. Anthony List, a non-profit political organization that opposes abortion, sought to erect a billboard that stated that Representative Steve Driehaus (D-Ohio), who was running for re-election, voted in support of “taxpayer-funded abortions” – a factually false statement. Driehaus lost the election and ultimately sued the Susan B. Anthony List for defamation. Citing an Ohio law that prevented false statements in political advertising, two state courts ruled in favor of Driehaus. The case was appealed to the United States Supreme Court, who kicked it back to the United States District Court for the Southern District of Ohio under the idea that, well…maybe preventing someone from lying to the American public was a violation of their first amendment rights.

On September 11 – just over eight weeks ago – the lower court overturned the law that had prevented false statements in political advertisements. Some folks are fighting what could become a dangerous trend, but the Supreme Court’s implicit endorsement of it means that patently untruthful political ads may be around for quite some time.

“We do not want the government deciding what is political truth — for fear that the government might persecute those who criticize it,” said Ohio Justice Timothy Black. “Instead, in a democracy, the voters should decide.”

So, Central New Yorkers, decide! Just don’t rely on TV to help you in your pursuit of the truth. Check out the platforms of each of the parties in the race. Scroll through the records of incumbents [HERE] and [HERE]. Look for issues that are important to you, and to your loved ones. And if somebody makes a statement in a political ad, fact check it yourself – that’s why the internet gods invented Google. Happy voting!

A Community Finds Its Voice: Transgender Characters on TV
Political Ads Part 2: The Art of Advertising
To Top