He pledged to change campaign finance rules, but he’s the biggest beneficiary of the status quo.

Gov. Andrew Cuomo has reaped more than $6 million in campaign contributions from rules he vowed to change. ProPublica reporter Theodoric Meyer takes a look at the governor and the law.

When he ran for office four years ago, Gov. Andrew M. Cuomo pledged to close a loophole in the state’s campaign finance regulations allowing corporations and individuals to pour unlimited amounts of money into politics.

New York forbids corporations from giving more than $5,000 a year to candidates and political committees. But limited liability companies — which are businesses that share attributes of corporations and partnerships — are allowed to give up to $60,800 to a statewide candidate per election cycle and up to $150,000 a year to candidates and committees overall. What’s more, corporations and individuals can set up an unlimited number of LLCs through which to donate, making the caps effectively meaningless.

Cuomo took contributions from LLCs while running for governor in 2010, but said at the time that he was accepting them only so he could get elected and change the law. He has twice proposed legislation that would eliminate the LLC exception, most recently in his budget proposal in January, but it hasn’t been enacted. 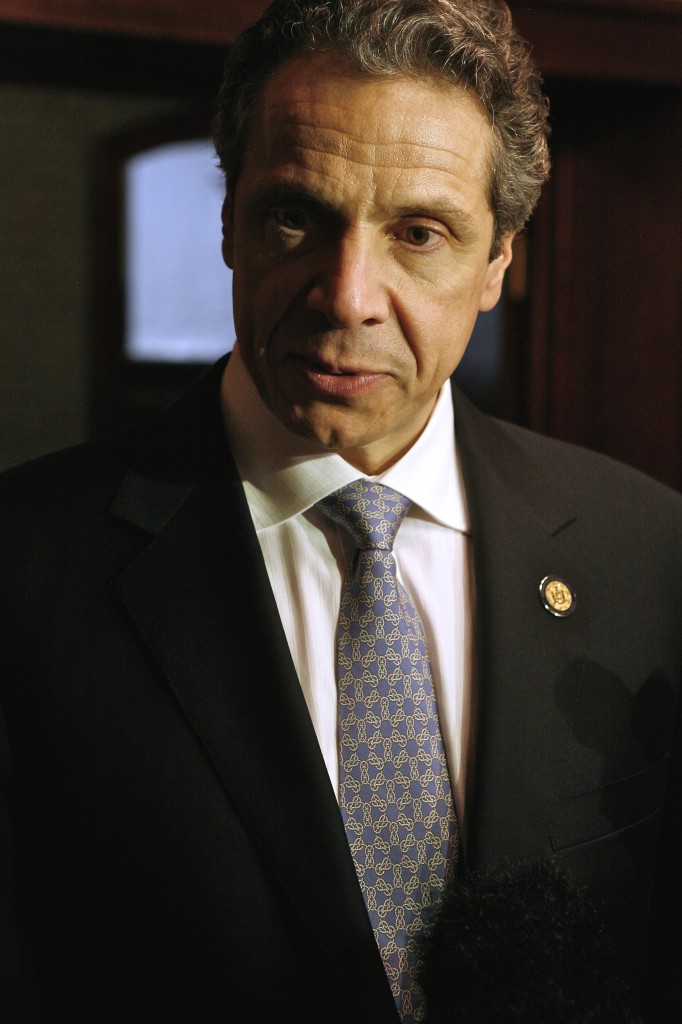 Cuomo has accepted more than $6.2 million from LLCs in the 3½ years since he took office.
Michael Davis Photo | Syracuse New Times

Cuomo has accepted more than $6.2 million from LLCs in the three and a half years since he took office, according to a ProPublica analysis of state campaign finance filings. That’s more than double the amount his two predecessors, Eliot Spitzer and David Paterson, collected during their combined four years in office. The contributions make up a sizeable chunk of the $33 million Cuomo has reported raising for his re-election campaign. (The data reflects contributions reported on disclosure repots through mid-January.)

In a statement, Cuomo spokesman Matthew Wing offered this to explain the apparent contradiction: “The Cuomo campaign is following existing campaign finance laws, while the governor is leading the charge to reform them, including closing the loophole for LLCs.”

That’s of little consolation to campaign finance watchdogs concerned that those who have — or are seeking to have — business with New York are continuing to use this wrinkle in the state’s contribution rules to exert their influence. Much of the money coming to Cuomo through LLCs appears to be from real estate developers, with cable companies and liquor distributors among those also providing healthy cash infusions.

“This is a gaping hole,” said Dick Dadey, the executive director of Citizens Union, a New York good-government group. Getting rid of it is “an easy fix that would turn the spigot down a bit of the flow of money from big contributors.”

It’s not always immediately apparent who controls the LLCs making the contributions. Some, like Time Warner NY Cable LLC, have familiar names. But many LLCs don’t give much of a clue as to who’s behind the money. Some controlled by real estate interests are named for streets or addresses — Arwin 88th Street LLC or 134 W 58 LLC — that require some digging to connect the dots.

New York’s rules for political giving by LLCs are among the loosest in the nation.

Federal regulations generally bar LLCs, along with corporations and unions, from giving directly to federal candidates. The rules vary at the state level; at least six states allow unlimited contributions from all types of donors, while others ban donations from corporations and other businesses entirely. But few states have carved out exceptions for LLCs as generous as New York’s.

Maryland and the District of Columbia last year passed legislation to close their versions of the LLC loophole. 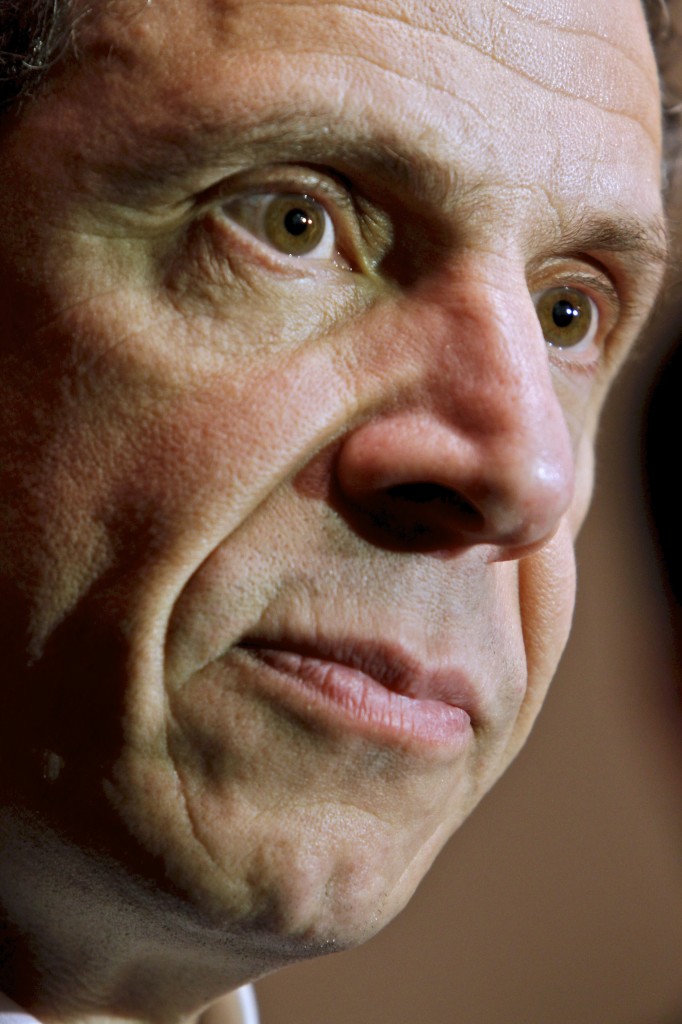 Since his election, Cuomo has repeatedly called for tightening New York’s campaign finance limits. After lawmakers failed to pass the ethics reforms he proposed last year — including closing the LLC loophole — Cuomo formed the  Moreland Commission to investigate corruption and to recommend campaign finance laws.

The commission’s preliminary report, released in December, illustrated how companies use LLCs to avoid contribution limits. A “representative string of emails” subpoenaed by investigators included “a lively discussion among members of an organization about which of the organization’s LLCs should be used to make a round of outsized contributions, based upon which ones had already given outsized contributions in the past,” the report said. The commission recommended closing the loophole, among other reforms.

Instead, the loophole survived when Cuomo announced in March that he was shutting down the Moreland Commission. Lawmakers had agreed to adopt bribery and anti-corruption measures, he said, so there was no longer a need for it.

But that halted the panel’s investigation into potential campaign finance abuses by LLCs.

“The commission was not given the time to accomplish what it was charged with doing,” said Richard Briffault, a Columbia Law School professor who served on the commission. “None of the investigations had time to be completed.”

Of the LLCs giving to Cuomo, the most generous are controlled by Glenwood Management, a real estate development company headquartered on Long Island. Headed by Leonard Litwin, 99, a reclusive magnate, Glenwood has given $800,000 to Cuomo since he took office using 19 LLCs. Glenwood’s LLCs have also given millions of dollars to other New York candidates and committees, both Democratic and Republican.

Another real estate developer, the Extell Development Co., has also given extensively to Cuomo through LLCs, including two donations last year that were flagged by the Moreland Commission.

Two LLCs affiliated with Extell gave the governor a total of $100,000 on Jan. 28, 2013 — two days before Cuomo signed legislation that granted a tax break to Extell’s One57 skyscraper in Manhattan, as well as properties owned by four other developers. Two other LLCs with ties to Extell gave Cuomo another $100,000 six months later. (The contributions were first reported last year by The Daily News.)

“While we do not comment on any specific campaign contributions, we categorically deny any quid pro quo between contributions and legislation,” Anna LaPorte, who speaks for Extell, said in a statement to ProPublica. “Any suggestion to the contrary is an attempt to inhibit our constitutional right to have our voice heard on public policy issues.” 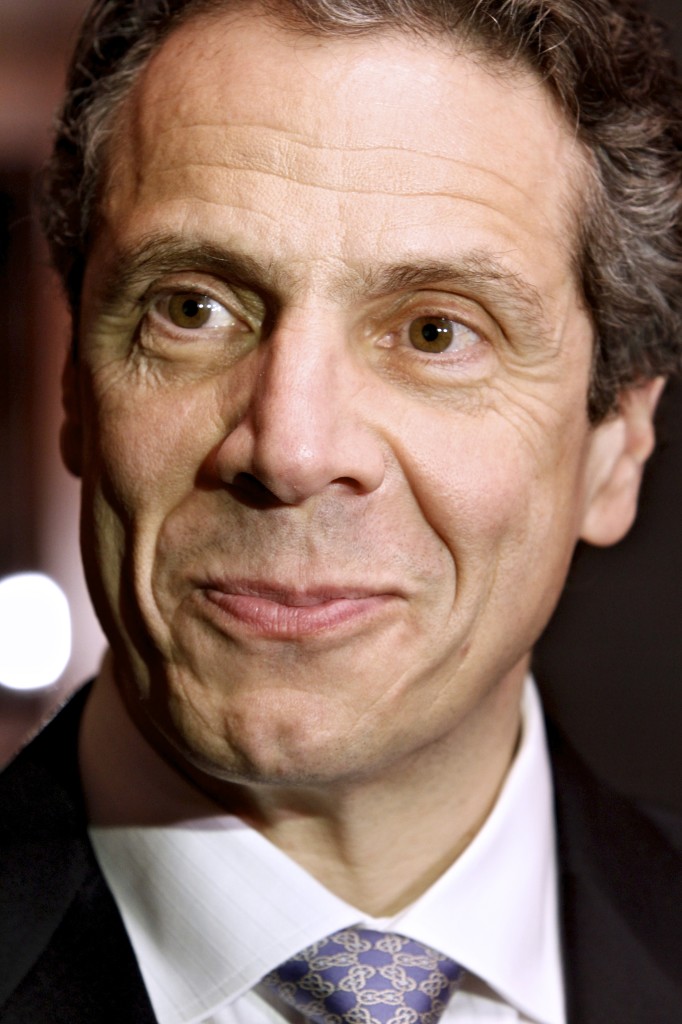 There is no evidence that Cuomo played any role in inserting the tax breaks.
Michael Davis Photo | Syracuse New Times

There is no evidence that Cuomo played any role in inserting the tax breaks. Without naming Extell or Cuomo, however, the Moreland Commission called out the developers’ donations, saying they created “the appearance of a relationship between large donations and legislation that specifically benefits large donors.”

“Our investigation continues, and we draw no premature conclusions” about whether the tax breaks were improper, the commission wrote in its December report, “but it is clear that the combination of very large campaign contributions and very narrowly targeted benefits to those same donors creates an appearance of impropriety that undermines public trust in our elected representatives.”

Real estate interests may take advantage of the LLC loophole partly because of the way their businesses are structured. Developers typically keep each of their properties in a separate LLC to limit their legal liability, giving them plenty of LLCs with which to write checks to politicians.

“There is a lot of business they have before Albany,” said Bill Mahoney, the research coordinator for the New York Public Interest Research Group, “and this is one way for them to buy more access than other folks.”

Indeed, other businesses with huge stakes in New York have used LLCs to write outsized checks to Cuomo.

Since the governor took office, Time Warner Cable has contributed more than $60,000 to him through its LLC; LLCs affiliated with Cablevision have given $110,000. Two liquor distributors, Empire Merchants LLC and Empire Merchants North LLC, have given more than $120,000. And two LLCs affiliated with the Ultimate Fighting Championship have contributed $115,000 to Cuomo, plus tens of thousands of dollars more to state legislators and political committees.

Cuomo has not proposed any legislation to legalize professional mixed martial arts events in New York, the only state that bans them. But almost a year after he received a $50,000 check from one of the LLCs, Cuomo seemed to come out in favor of overturning the ban.

“I think we need economic activity, especially in upstate New York,” he said in a radio interview in 2013. “I think this is a major endeavor that is televised, that is happening all over the country at this point. You’re not going to stop it from happening. And I’m interested in the potential economic potential for the state.”

Wing, the Cuomo spokesman, said there was no connection between the governor’s comments and the contributions.