A candidate for office every year since 1993 except for 2012

Howie Hawkins will run for governor on the Green Party ticket in an attempt to repeat what for the party was significant electoral triumph: maintaining their line on the state ballot. He announced his candidacy on Tuesday.

To keep that “permanent ballot status,” a party must poll 50,000 votes in the previous gubernatorial election. Hawkins did it four years ago, tallying almost 60,000, re-establishing the Greens’ voting booth presence first attained in 1998 by Al Lewis, better known as Grampa on the TV show The Munsters. The Greens were off the ballot in the next two elections, but Hawkins, at the top of the 2010 Green ticket, finished third out of seven candidates. 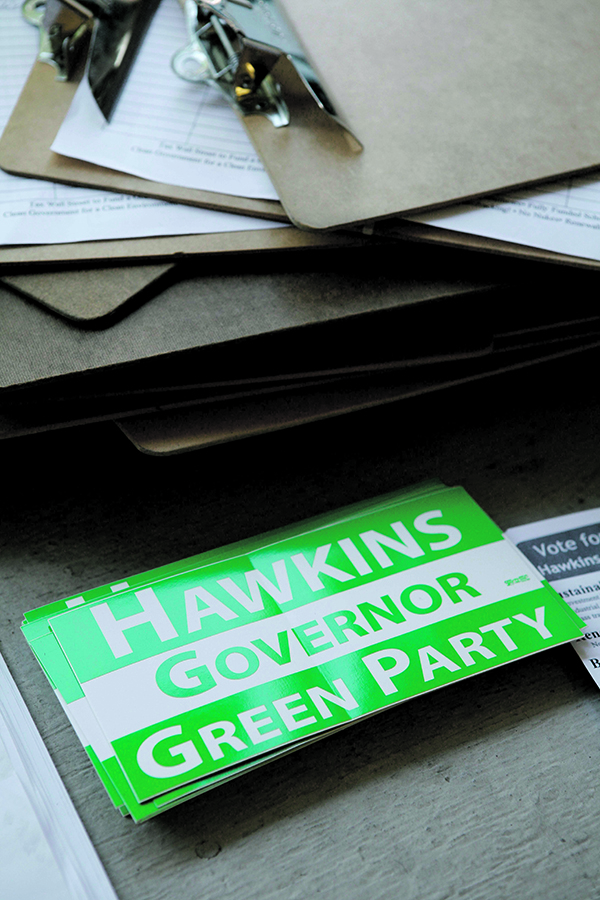 Hawkins — a candidate for office every year since 1993 except for 2012, when he served as campaign manager for Green congressional challenger Ursula Rozum — is confident that his campaign will keep Green ballot status for the next four years.

“The protest vote will be easier this year,” he sayss. “State employees and teachers are mad at (Democrat incumbent Gov. Andrew) Cuomo, and there’s lots of votes there. (Republican contender Rob) Astorino is stronger than (2010 GOP candidate Carl Paladino) and will downplay the social conservatism on gay rights and abortion.”

Pursuing the traditional role of non-major parties, Hawkins will be hoping for televised debates to raise Green Party issues. Hawkins, a former Marine and a founder of the Clamshell Alliance and the national Green Party, promotes single-payer health care and an end to the war on drugs. A UPS truck unloader and member of Teamsters Local 317, he advocates a $15-an-hour minimum wage but believes local communities should be allowed to establish their own minimum wage and tax rates. He will call for a ban on hydrofracking and a transition to a carbon-neutral economy within 15 years.

Last year, Hawkins declared that his Green Party had to win a local election to be considered a viable political option. He felt he could provide that victory in the race for the 4th District Common Council seat because two years before he had lost to Democrat Khalid Bey by 96 votes. But by last year, Bey had invested time in establishing his incumbency and enjoyed significant support from Mayor Stephanie Miner. Hawkins lost by almost 500 votes.

Walt Shepperd is a long time journalist for various publications throughout Central New York and is the Executive Producer of the Media Unit.

Will Syracuse be Home to a Vertical Greenhouse?
Downtown Parking a Problem – That’s a Myth
To Top