A New Times interview with a local web celebrity couple.

Eight years ago, Lauren and Mark Greutman were facing over $40,000 in credit card debt, a mortgage, their first child, and a $1,000 deficit in their monthly income. It was time to do something.

Lauren started working full time at a steakhouse in addition to Mark’s work full-time as an actuary. They also decided their spending habits had to change: being used to shelling out a thousand dollars a month on groceries, Lauren sat down and made a meal plan with the coupons from the Sunday paper on a shoe-string $200 a month budget.

“We had to be able to live and put a dent in our debt; and couponing was the fastest way to get started,” she said – thus becoming “That Lady.”

At the time, the couple was living in Charlotte, NC where there were plenty of online resources available. In 2009, they moved back to Syracuse. The Greutmans found there was a huge void in terms of CNY-based websites shouting out the latest local deals (Wegmans, Price Chopper, Tops). That is where IAmThatLady.com was born.

The website consists of coupons, money saving, finance, and other fun, down-to-earth homemaking tips as only “That Lady” can provide. Lauren developed a unique, trustworthy voice and earned a huge following (to date: over 45,000 Facebook likes, almost 8,000 Twitter followers, 19,215 on Pinterest) with 21/79% local-to-national viewers. Through advertising on the site and endorsing only products worth vouching for, it became a huge financial blessing and helped them pay off debt; and not only for the Greutmans but for all of her readers. 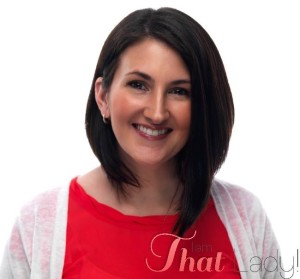 “My goal was to pay for my son’s private school,” said Greutman, “$300 a month.” In February of this year, Lauren’s blog was so successful, she retired her husband from his career as an actuary to help promote the business. The website now grosses over six figures and supports more than five families with Lauren as CEO.

Greutman is a backup co-host on Channel 9’s Bridge Street and joins Ted & Amy on 93Q every month. She has received national news and magazine attention as well.

“A year ago I changed the tagline to better express what the website is all about,” said Greutman, who is regularly recognized as “That Lady” in grocery stores by local fans. The tagline reads: “Helping you enjoy life on a budget.”

“The focus is really on benefiting the readers,” said the Greutmans. And they are authentic.

Now that Mark is also home and not commuting, the family is together much more and they love working together: Mark on the more technical side making budget calculators and setting up ad campaigns; while Lauren handles the content.

“Mark also creates recipes, he loves cooking,” said Lauren, “Something I don’t. We are polar opposites but we work really well together.”

Just this week, Mark and Lauren are launching a whole new brand alongside “That Lady” – MarkandLaurenG.com!

“It’s not about ‘keeping up with the Joneses,’” he explained, “But going back to the original, simple and happy lifestyle of family dreams, goals, and vision.”

“We want to show people they can enjoy the life they are living now,” said Lauren.

“We seek to help people align their passions and values with their finances, whatever those may be,” added Mark. With the new site, they’ve added some cool budget calculating tools and ongoing tips for couples’ finance, as well as a monthly live podcast of their actual budgeting sessions together.

“We’re going after the people who don’t like to budget,” they said, “People not searching for a Mint or LearnVest.”

Through the internet, they’ve been able to live their dreams in a way that Mark noted could not be done 15 years ago.

The Greutmans live happily together in Oswego with their four children. Between the websites and the media appearances, Lauren is working on a book as well. They can be seen frequenting Wegmans, Aldi’s, and many other local supermarkets and garage sales. They are a faith-filled family, happy and share the wealth of that experience with others. 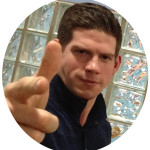 Joe Cunningham is a Marketing Consultant and Writer for Kinani Blue and SEO Brand Strategist at Terakeet. You can follow him on Twitter or email him at [email protected].