The unveiling of Apple’s latest and perhaps greatest mobile devices

They were not watching a Papal funeral, a Kardashian wedding, nor a royal christening; however, on Wednesday thousands upon thousands interrupted work, lunch, exercise and the regular rotary routines to huddle around an Apple device somewhere and look into a big tent.

It was the unveiling of Apple’s latest and perhaps greatest mobile devices to date: the newer, larger iPhone 6 and the next step in wearable tech: the  Apple Watch.

After decades of watching the man in black turtlenecks introduce his game-changing products, his successor, Tim Cook, walked boldly across the stage exuberating enthusiasm and showing off the latest contraptions like a Dumbledore in front of an eager class of dark arts student wizards.

The “6” – perhaps the most significant advancement for the phone line since the birth of Siri is the first phone with two size options: the smaller 0.7 inches larger than the 5s, while it’s “plus” version, the Supersized 5.5 inched screen eclipses the Samsung Galaxy by 4 tenths of an inch as well, a company that also recently lost the lawsuit over abusing patents set forth by Job’s company. 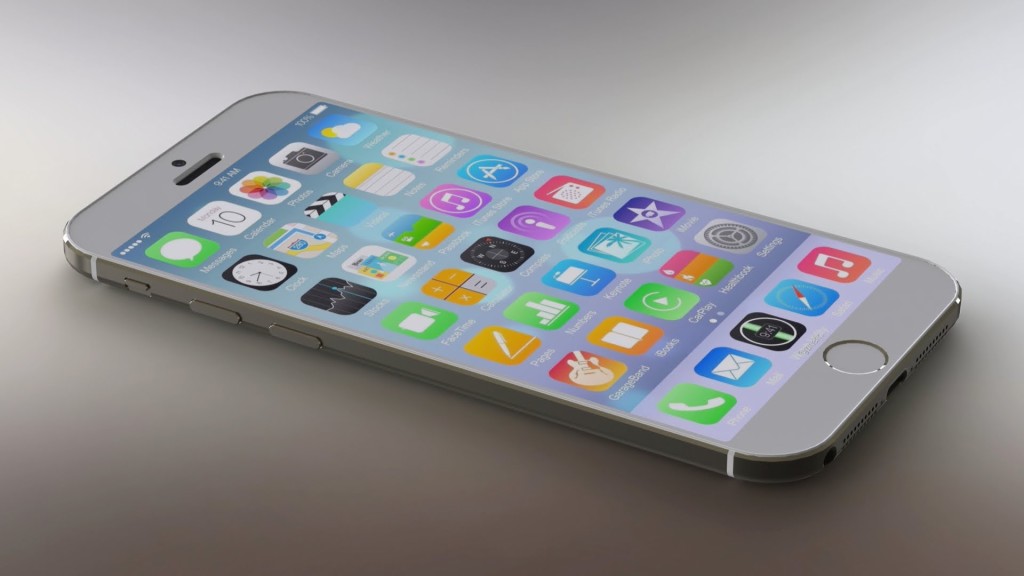 Though size does matter (jokes aside), the new phone is, of course, better equipped to handle the incessant desires of the modern human for “new” and “innovative” unheard of ways of doing things. For one, the phone is more durable, putting a slight damper on the LifeProof and Otterbox business of smart phone protection. It will be faster as the Apple planet awaits the legend (wait for it…)  iOS 8 – slated to release two days before the new phones. The 6 also offers retina screens (extremely high quality imaging like the iPad) and an improved camera. Breaking the mold as well is the mobile pay option that allows users to sync a credit card with the device and leave your wallet at home. Starbucks jumped this gun a bit allowing app users to pay by barcode; now paying on the go is full-on and true Star Wars-like financial tech.

It is interesting, as many a tweeter has tweeted, that this comes shortly after the hacks exposing celebrity nude photos hidden on their personal iPhones. This was obviously not mentioned during the debut.

While it may not convert Android, Windows, or Samsung users from converting to or back to Apple, many an eager beaver is holding their breath and even camping out in hopes to get one of these devices on September 19 when the Apple “parties” begin across the world. Pre-orders are open starting this Friday, Sept. 12and the price starts at $299 (that’s $300 for the non-marketing world) with a 2 year contract, of course (that’s roughly $3,000 with data and phone use over two years for most carriers, for the non-financially astute). You weren’t getting away from that one.

The “iWatch” is a different story

Being the first entirely new device conceived under “Captain” Cook, it holds much anticipation, and looks pretty cool too. Not being the first Bond-like watch on the market (Android, for instance), it is hoping to be the one that turns the tide in becoming a household item. Leave it to Apple to do just that.

In addition to telling time (of course) and offering that in a wide variety of displays and color schemes, the Apple Watch is almost everything you dreamed it would be and more. You can sync it with your phone or other Apple devices, mobile pay using the same tech as the 6, command Siri, play music via Bluetooth and even download songs directly to the watch, switch out the actual physical wrist band for several sexy options, draw animated messages to your contacts, customize which alerts you receive at the slight tap of a hammer that is unnoticeable to the fellows sitting around you (at last), and swivel and toggle through a potentially endless sea of cool and on-the-go apps.

Want to find where you left your BMW? The “ultimate driving” company has built that Apple Watch app. Need directions without staring at your phone? You got it while jogging. Tracking not only “how many steps you take a day” (thanks Nike) but the intensity of your physical workouts and when you’ve actually reached the recommended 30 minutes of real exercise per day doctors suggest.

And the power cord looks like something out of Star Trek: a magnet-like connection that attaches easily to the back, no hassles.

The  Apple Watch lets you customize your new animated Emoji’s, enhancing the ever evolving modern language of smiley faces and cryptographs. It even gives you easy to choose or customizable message responses based on its “smart” analysis of what’s being said. Lives could be saved with that feature.

You will be able to get into your hotel room by swiping your watch near the door knob, you will program your day, you will turn down your thermostat with a few taps of the wrist. Apple is opening the tech to app developers to create a whole new kind of universe of watch apps. God knows what we will be able to do. (“Beam me up, Scottie.”)

The watch will be released in 2015 and retail at around $300. No doubt the Star Wars VII camp out line will converge with the Apple Watch campers at some point.

To round out the afternoon, Tim Cook pulled a pretty effective marketing stunt by bringing the godlike U2 to the stage and publicly releasing one of their albums free of charge to every single iTunes subscriber (almost a billion people).

Bono made sure that Cook “was gonna pay for that.” The group has produced several albums since their last in 2012, but the lead singer underlined, “They just hadn’t released any since then.” Until now. Who are they kidding? They had this planned all along

Amid controversy, expectation, a few nice surprises and a stock that ended the day lower than it began, Apple still holds strong and is, as Bono called Cook on stage, one of the great “Zen Master[s]” of modern technology.

Knock it if you hate it, but the fact remains: in a post-Jobs world, we are still getting hit on the head by fruit. God only knows what thoughts and trees will grow from them.

They Are Those People
Making Magic
To Top