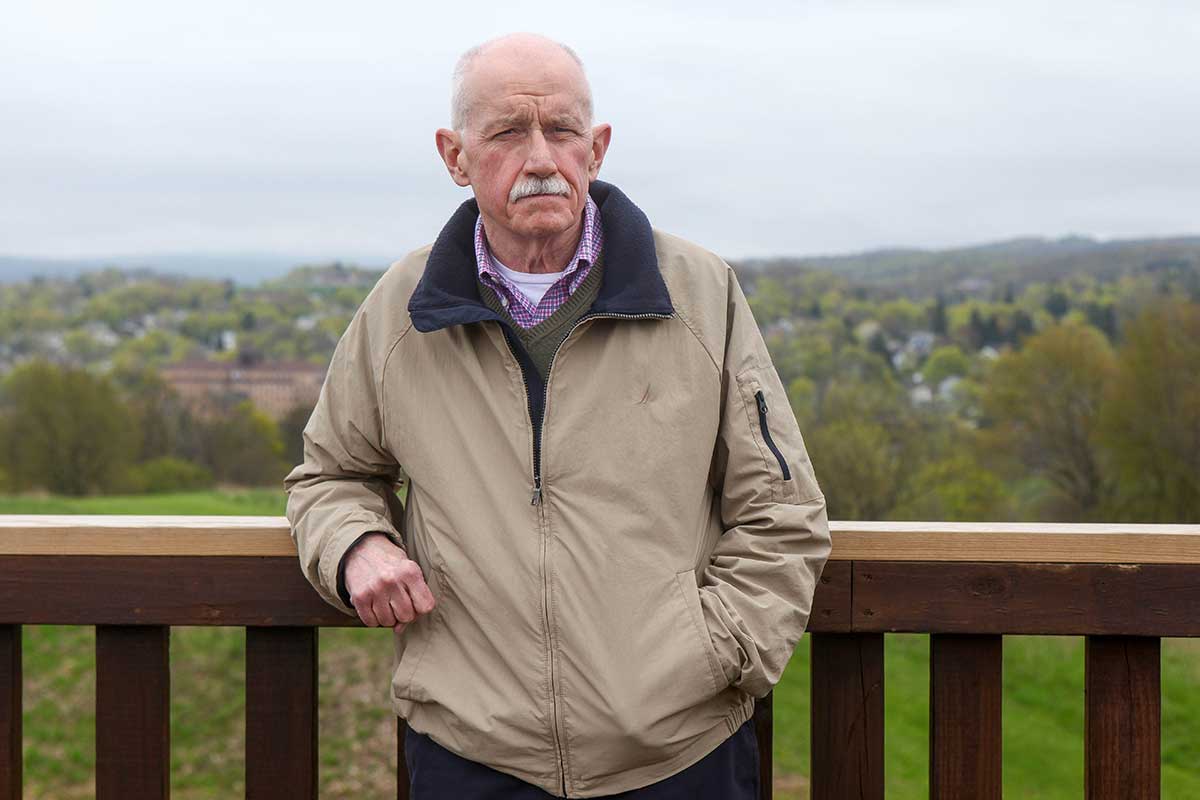 Pat Hogan knows the close ones. He’s been there. Twice.

In 2003 he was pushed by the Working Families Party to pursue the Democratic primary for the 2nd District City Council seat. The challenge was seen as punishment for incumbent Marty Masterpole’s reneging on a pledge to vote for the living wage. Hogan lost by 19 votes.

Term-limited after eight years as the district’s councilor, in 2013 he admitted publically that he was a “total underdog” in challenging Democrat Mayor Stephanie Miner. He was.

Yet Hogan, 69, seems poised to return to his 2nd District seat on the Common Council. Chad Ryan, the current officeholder, will not seek re-election, which paves the way for Hogan’s re-entry. And with no Democratic primary challenge and no Republican candidate, Hogan’s only obstacle is Green Party candidate Bill Bass.

Prior to his eight-year council run, Hogan enjoyed a three-decade-long career with the city parks department, including a stint as deputy commissioner — all of which ended abruptly when Matt Driscoll fired him shortly after his 2001 ascension to City Hall. Hogan suspects the career clash was a result of his support for Joe O’Hara, who ran for mayor against Driscoll.

In the sense of local politics and national politics, yeah, I think they make sense. The City Charter provided that I was term-limited; it says specifically that I was barred from running for a fifth consecutive term. And now that it’s been five years, I can run for the Common Council again.

I’ve decided to run because I love this city, I love the community I live in. And you know, I think we’re really on the edge of a great revival here in Syracuse.

But could you be as politically active?

I’ve been very active ever since my semi-retirement. I’ve been the chairman of the County Industrial Development Authority since 2017, but I’ve been serving since 2014, I’ve still done a lot of things in the community, especially down at St. Patrick’s Church. I still love my community and I would love to serve back on the council.

Have you noticed a sense of renaissance regarding cities of this size?

That’s true. The other day I was walking down Salina Street past where the old musicians’ union used to be on the seventh floor of the Wilson Building. And I noticed every storefront on Salina was occupied with one business or another, or at the very least a residential entrance. And I’m thinkin’, “This is really coming back, downtown Syracuse is coming back,” and I think downtown is really leading the renaissance. People are looking for affordable living. And because of technology, people can work in mid-sized cities and make deals in a larger city.

Cities like Louisville, Kentucky, and Madison, Wisconsin, they’ve actually measured a lot of this resurgence where people have found that they like the action and everything else in large cities but they can’t afford to live in them. So they’ve looked to mid-sized cities, which Syracuse could be one, where you have a vibrant night scene and a lot of amenities that you can get from larger cities, but you can also afford to live there. A lot of the inner-city neighborhoods, like Tipperary Hill, where you’re five minutes from downtown, are very affordable.

The TV news always has something related to climatic difficulty. But we don’t really get hurricanes or tornados in Central New York. Is weather a big factor?

I don’t know if weather is a factor. Even though we have a cold climate, there’s a lot of warmth in this community where people are typically pretty open to everybody.

It’s funny: I read a study where they demographically measured attitude and mood across the country. They compared Syracuse to the way people are welcoming to strangers, and they compared upstate New York to Midwesterners, where people are more friendly and more neighborly than a lot of the big cities are. And that’s a big attribute we have here.

You’ve been out of office for five years. Has the district changed?

The lakefront neighborhood has been booming. We did a lot of work to the lakefront area when I was on the council. Now not only are there businesses going in there but also, like the Inner Harbor, a lot of residential space, and it’s the same for the Franklin Square area.

I see a beautiful neighborhood here on Tipperary Hill, but other neighborhoods have challenges. The Near West Side has challenges, but there’s a lot of vibrancy down there.

What will it take to say, “We have the renaissance and here it is.”

I’m going to demand that we become aggressive and bold. And I think we’ve got an opportunity because we have a new mayor (Ben Walsh) who is open to a lot of new ideas. We have a new county executive (Ryan McMahon), and they’re working together. I love that!

The other day, for example, I talked about the Syracuse Development Center, which has been mired in all sorts of intrigue, problems and financial struggles ever since the state gave it up. We missed a chance when the state gave it up; the city should have negotiated then and taken it. Instead, it was sold and ever since then it has been a disaster.

I talked to the corporation counsel’s office the other day, and they have been working diligently, especially under this administration. And what they have come to is that it looks like a lot of the legal problems are going away and we’re gonna have to make a decision on whether the city has eminent domain and maybe hands the property over to SIDA (Syracuse Industrial Development Authority) or the County Industrial Development Authority, of which I am the chair.

At CIDA we were aggressive and bold under the direction of the county executive, who was then chairman of the County Legislature. We grabbed the raw steel site, a polluted area over near Hiawatha Boulevard that was going to be allowed to have another automobile shredder plant put in there under the previous city administration. Well, we ended up buying the rights for that property; I can’t remember exactly how much but it was significant, and since then we have put over $2.5 million into that property to clean it up.

And you know what? It’s paying off, because developers are already asking us about when we’re gonna send RFPs (requests for proposals) on that location. It’s a significant piece of property, right on the lakefront, right near Destiny (mall), right near the Inner Harbor. But we’re bold and we grabbed it, just like we grabbed the two buildings on North Salina Street where With Love and The Refugee Committee and Onondaga Community College and North Side Up have put together great programs that serve the refugee community by letting entrepreneurs practice their craft, and it also has a training component where a lot of folks who wanna get into culinary arts are learning there.

What will the city look like that would indicate that we have had a renaissance?

In the end, it’s about repopulating the city. It’s where people come back and realize what we have here in this town. I notice it with the young families that are moving in, and some of the leadership we have within the city school district. And I also notice it in terms of a new attitude as far as the push for the community grid.

Now the community grid has a lot of logistical and operational problems and I brought all of those up to the new mayor. And I think there’s an awareness that we’re on a cusp, that we can either continue on this slow downward decline or we can actually start going up, I detect that we’re going up, I really do. I think there’s an energy in this town and people are looking for leadership — and there is leadership here. It’s young and maybe an old hand like me can offer some guidance, but we’ll see.

You’ll need to get elected in order to make those contributions. Tell us about what you’re facing and how it looks.

I’ve been really heartened by the response I’ve gotten from all the different neighborhoods I used to represent. I grew up under Mayor Tom Young’s administration. Tom Young proudly proclaimed that he was a pothole mayor. He came up with innovative fun stuff that forced the city to look at their own neighborhoods, like the “Dunk Your Junk” trash campaign; those programs made City Hall become immersed in the neighborhoods. And I will look forward to doing that again because I think it’s important.

What I’ve learned from my five years off is that I think you have epiphanies as you get older, but I think I’m gonna be a little more collaborative. I will still fight for what I believe in, but I think I’ll do a lot more listening. I’ve always listened to the neighborhoods, but sometimes I have not listened to other elected officials.

Is there anything you’re worried you can’t do?

There’s nothing I won’t be able to do, I think. I’ll give everything a good shot.