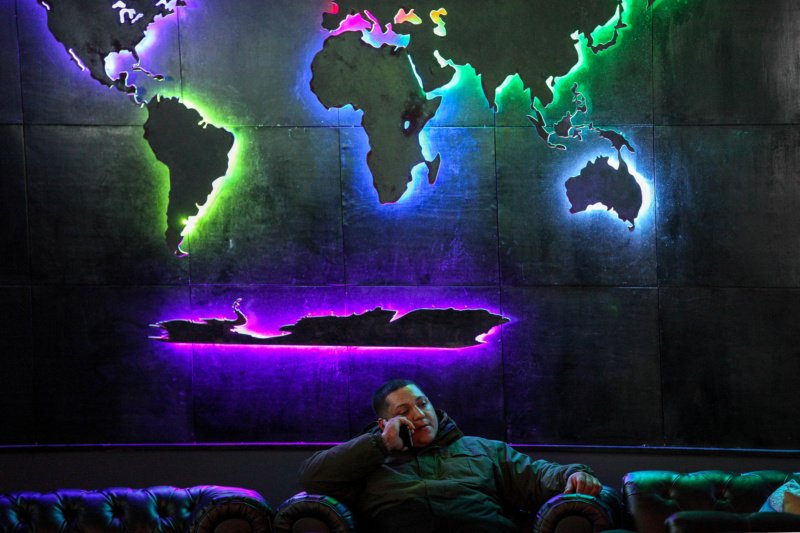 Matija Popovic isn’t new to the bar scene: He worked as a bouncer and doorman while in college to make extra money. But Orbis Lounge, his new bar in downtown’s Hanover Square, is his first foray into business ownership. 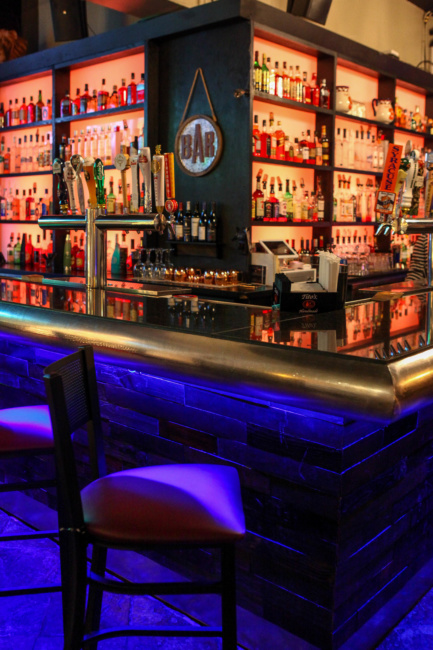 Popovic admitted he was impulsive when he decided to open the bar. But after previous tenant World Lounge and Martini Bar closed last summer, he said opening a new place in the same location just made sense.

Customers familiar with World will see homages to the original sprinkled throughout Orbis. World map motifs dot the inside of the bar, on throw pillows and as a large light display. Popovic said he wanted to promote the sense of international inclusivity that the owners of World originally envisioned.

Yet there are new flourishes, too. Deep, electric-blue accent lighting under the bar and color-changing backlight on the liquor shelves add modern-looking visuals to Orbis.

It took about five months for Popovic to get the business up and running in time for its Dec. 15 debut. Some behind-the-scenes work had to be done, such as getting and installing the repurposed wood that now lines the bottom of the walls and bar.

The lounge and bar has 20 draft beers, more than a dozen wines and a wide selection of liquors. A custom cocktail menu includes four different types of mules featuring ginger beer and citrus juice.

Popovic noted Hanover Square’s calmer atmosphere, especially when compared to bustling Armory Square, which tends to attract a louder, younger crowd. Orbis Lounge, with its mix of nightlife identities (it can easily transform from a lounge space to a dance hall), was meant to be a relaxed place.

Yet Popovic said he will still bring in live deejays for more traditional dance parties whenever the mood strikes him. “It’ll be something I’ll always be working on,” Popovic said about the ongoing Orbis aesthetic.