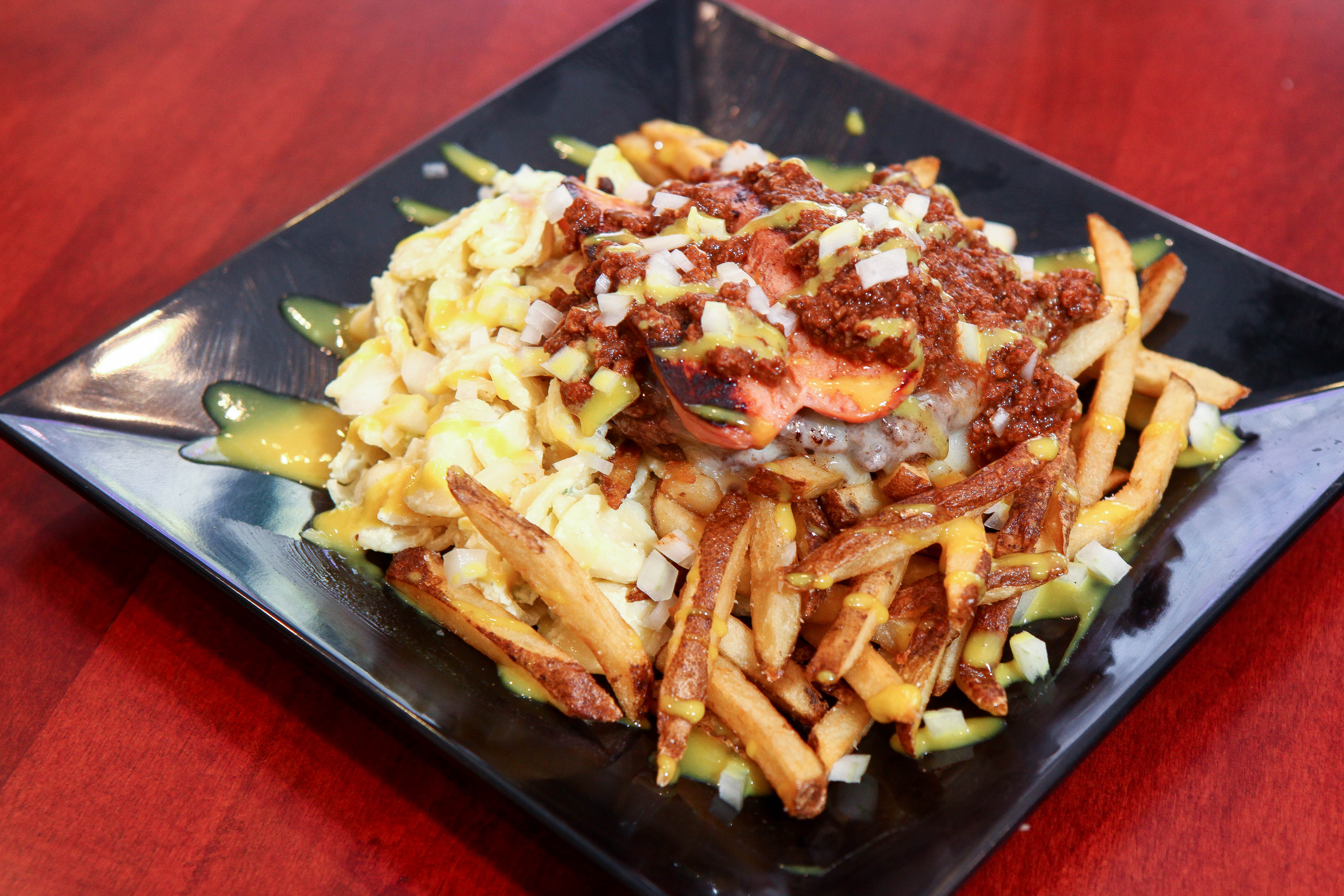 “Bowls” have been trending at restaurants for a couple years now. They’re fast, fresh and easy to customize. At The Brine Well Eatery, a new restaurant in downtown Syracuse, plates are having their moment. They’re inspired by Rochester’s iconic Garbage Plate, but they are really their own thing.

Brine Well owner Devon Hubbard, 31, worked with chef consultant Sarah Hassler (formerly of The Stoop Kitchen and Peppino’s Neapolitan) to create a short list of plates with an emphasis on local ingredients, like Hinerwadel’s salt potatoes, Hofmann hot dogs and Zweigle’s white hots (a Rochester favorite). A chalkboard inside the restaurant lists some of the local purveyors.

Hubbard estimates that 70 percent of his ingredients are sourced locally. “I want people to think about where their food comes from,” Hubbard says. “I want to connect people back to their food.”

The Rochester plate is a melange of macaroni salad, home fries, two cheeseburgers, two hot dogs (or one hot dog and one white hot), meat sauce, onions and mustard.

The Ithaca plate is a vegan meal that starts with a pile of sweet potato fries, layered with guacamole, tomatoes, jalapeños, vegan bacon jam, celery and vegan ranch dressing. 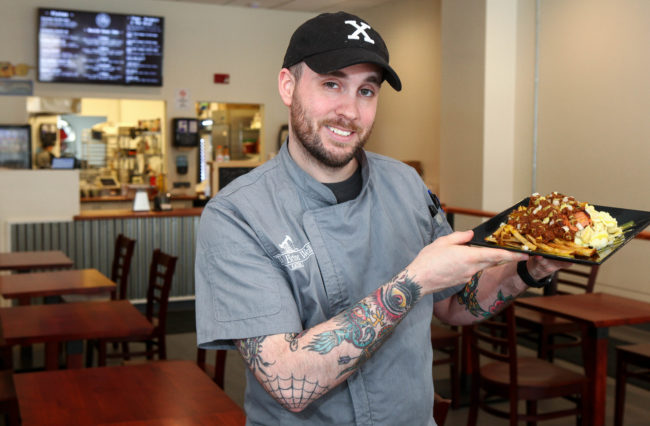 The Brine Well has been open about a month and Hubbard is figuring out what works and doesn’t work. He has eliminated breakfast offerings to focus on plates and burgers. So far, the Rochester and Ithaca plates are two of the most popular items, he says. The “build your own” option, which starts with two base items and two meats (or vegan meats) is also a hit. Half portions of all plates are available.

The menu also includes hot dogs, snacks/ sides like fried pickles and fried cheese curds and a trio of salads. After taste-testing of various meatless products, Beyond Burgers and Beyond Sausage were selected as the meat-free options of choice.

The Brine Well has a staff of about 10 that includes Hubbard’s brother, Alex. Alex is a vegan and his lifestyle influences the menu.

“It really hit home to me to have vegan options available,” Devon Hubbard says. “We’ve made it so vegans and non-vegans can sit at the same table and order almost the same food.” Just don’t call the plates garbage plates: Nick Tahou Hots, originator of Rochester’s garbage plate, received a trademark for the term in 1992.

With the opening of The Brine Well, Rochester- inspired plates now have a dedicated home in Syracuse. Hubbard grew up here and is a graduate of Cicero-North Syracuse High School. He studied music recording at Finger Lakes Community College and lived in Rochester for a few years, where he was a member of the hardcore band Such Gold.

After touring all over the country and the world, he got into the restaurant industry. He spent a few years in corporate restaurants with Chipotle, rising through the ranks to become one of the chain’s elite managers, called restaurateurs. While in Rochester, he says, he enjoyed his share of garbage plates, but not after a night of drinking. He doesn’t drink. 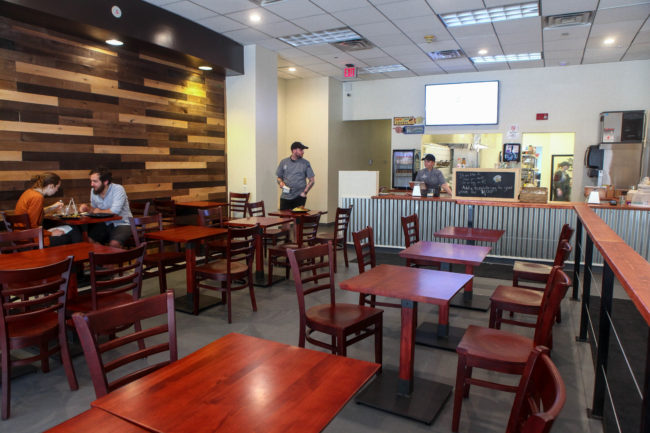 He began thinking about having his own restaurant and at first thought he would start with a food truck focused on garbage platestyle meals. Every food truck needs a commissary, or kitchen that serves as a base of operations, so it makes more sense for him to have a “brick and mortar” restaurant first and eventually add on a food truck and catering component, Hubbard says. In a few weeks, he says, the Brine Well will be on GrubHub, which he says will boost business and help get the restaurant’s name out there.

Hubbard describes his take on plates as “fresh.” Bases like mac salad and coleslaw are made in advance, while bases like home fries, french fries and sweet potato fries are prepped in advance — and cooked as ordered. Place your order at the counter and take a seat. Your food will be delivered to you in a few minutes, on eco-friendly plates and with eco-friendly utensils.