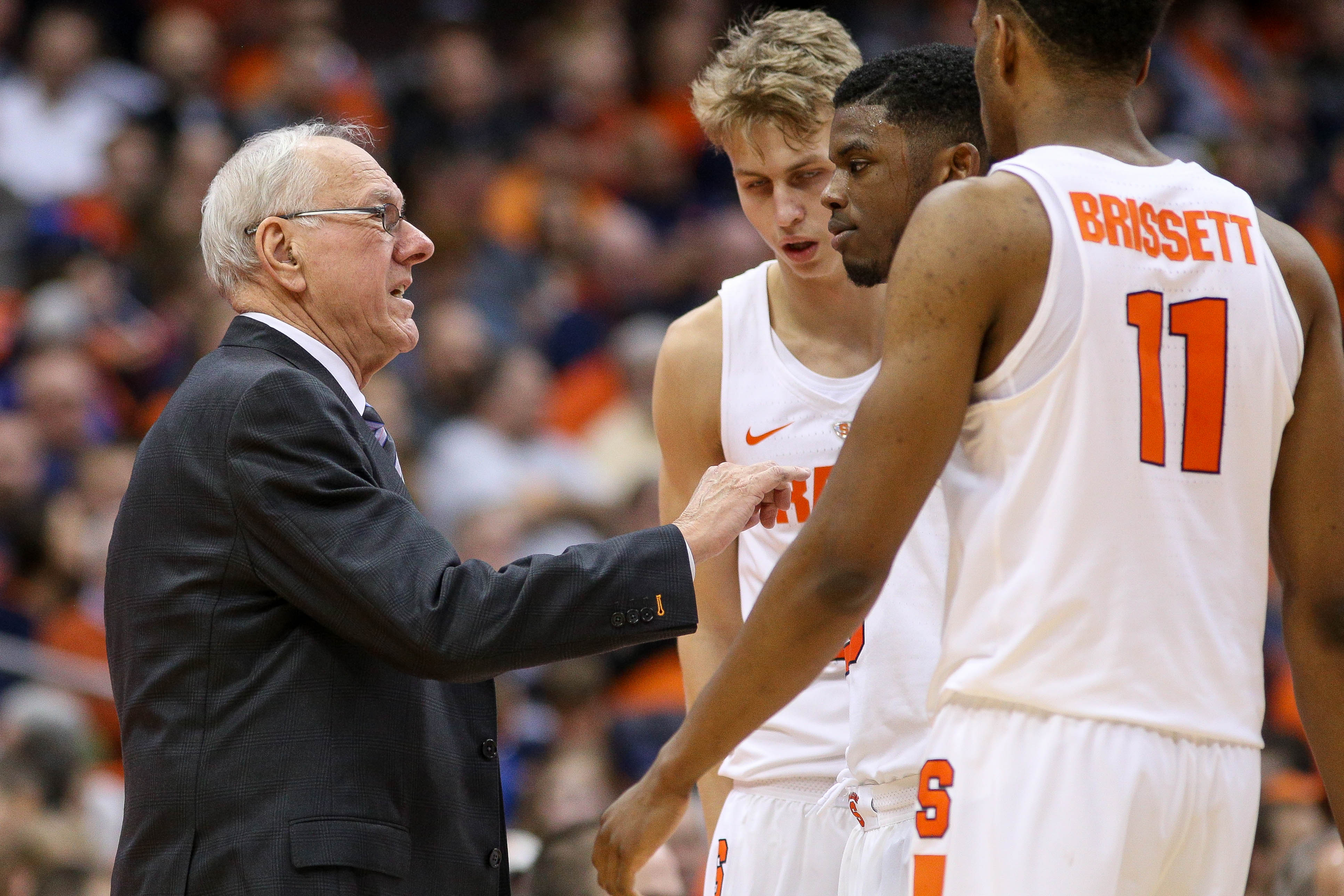 The Syracuse University men’s basketball team has the opportunity to prove that it’s the real deal against No. 2 ranked Kansas on Saturday, Dec. 2.

The Orange is one of 17 remaining undefeated teams in the NCAA this season. The team is performing better than most sports pundits predicted, and it’s showing in the USA Today Coaches Poll with six votes received.

While the competition through the Orange’s first six games were mostly “gimmes,” the team showed plenty of character with the Nov. 27 win against Maryland. The Terrapins, ranked 36 in Ken Pomeroy’s college basketball ratings, are nothing to sneeze at.

The most impressive part of the victory was how the Orange managed to stay composed in the final minutes. Tyus Battle hit a go-ahead 3-pointer with exactly one minute remaining and stole the ball on the next possession.

Battle was quickly fouled and then sank both his free throws, all while battling a back injury suffered in the Nov. 22 game against Toledo. Couple that with three promising freshmen and Franklin Howard seeming to finally come around and you get a young team with heart and hustle.

So does the Orange have any shot at beating the Jayhawks this weekend? It all comes down to perimeter defense, which the Orange is already at a disadvantage with because of the infamous 2-3 zone.

Syracuse is one of the best defensive teams in college basketball right now and if they can extend that defense to the 3-point line, they have a good shot.

On the other hand, opponents make on average 8.5 3-pointers on 25 attempts every game, both stats ranking in the bottom tier of Division I. And while opponents are only making 34 percent of the threes they put up– which is around the national average– the Orange have yet to face a 3-point shooting behemoth like the Jayhawks.

Kansas is shooting 45.2 percent from the 3-point line– ninth in the nation– with an average of 11.7 threes made for every 25.8 attempted. The Jayhawks’ leading scorer Sviatoslav Mykhailiuk makes an absurd 56.4 percent of his 3-pointers.

Like Syracuse, however, Kansas also has trouble defending the 3-pointers. Opponents make on average 7.8 3-pointers of 25.8 attempted per game, among the worst averages in Division I.

Luckily for the Jayhawks, their opponents only shoot 30.3 percent from the 3-point line. If the Orange can somehow catch fire from behind the arc, the opportunity is there. SU’s best options for making those shots are Battle with 36.7 percent and Howard with 30.8 percent.

When it comes to steals, Kansas and Syracuse are in the top 10 in the nation. Points off turnovers will be a huge deciding factor for both teams.

If the shots aren’t falling for Kansas, they must be wary of Syracuse’s rebounding capabilities. Currently, the Orange rank second in the nation with an offensive rebound percentage of 40.8 and pull in a respectable 78.6 percent of defensive rebounds.

The 2-3 zone has the ability to frustrate even the best of teams and force mistakes. Whether or not Syracuse capitalizes on those mistakes will almost certainly determine the outcome of the game

Despite the Duke Blue Devils continuing to be the favorites in the polls, Kansas is arguably the best team in the country. Should Syracuse pull off the upset, it may be time to seriously consider that the Orange is the real deal this season.

Fans have every right to remain optimistic about a defensively sound team despite its fair share of issues on the other side of the ball. The shots are bound to start falling for Boeheim’s men once they get into the groove, and having the defensive fundamentals down now will be key for the remainder of the year.

Catch the Syracuse Orange take on the Kansas Jayhawks this Saturday, Dec. 2, 5:30 p.m., on ESPN.