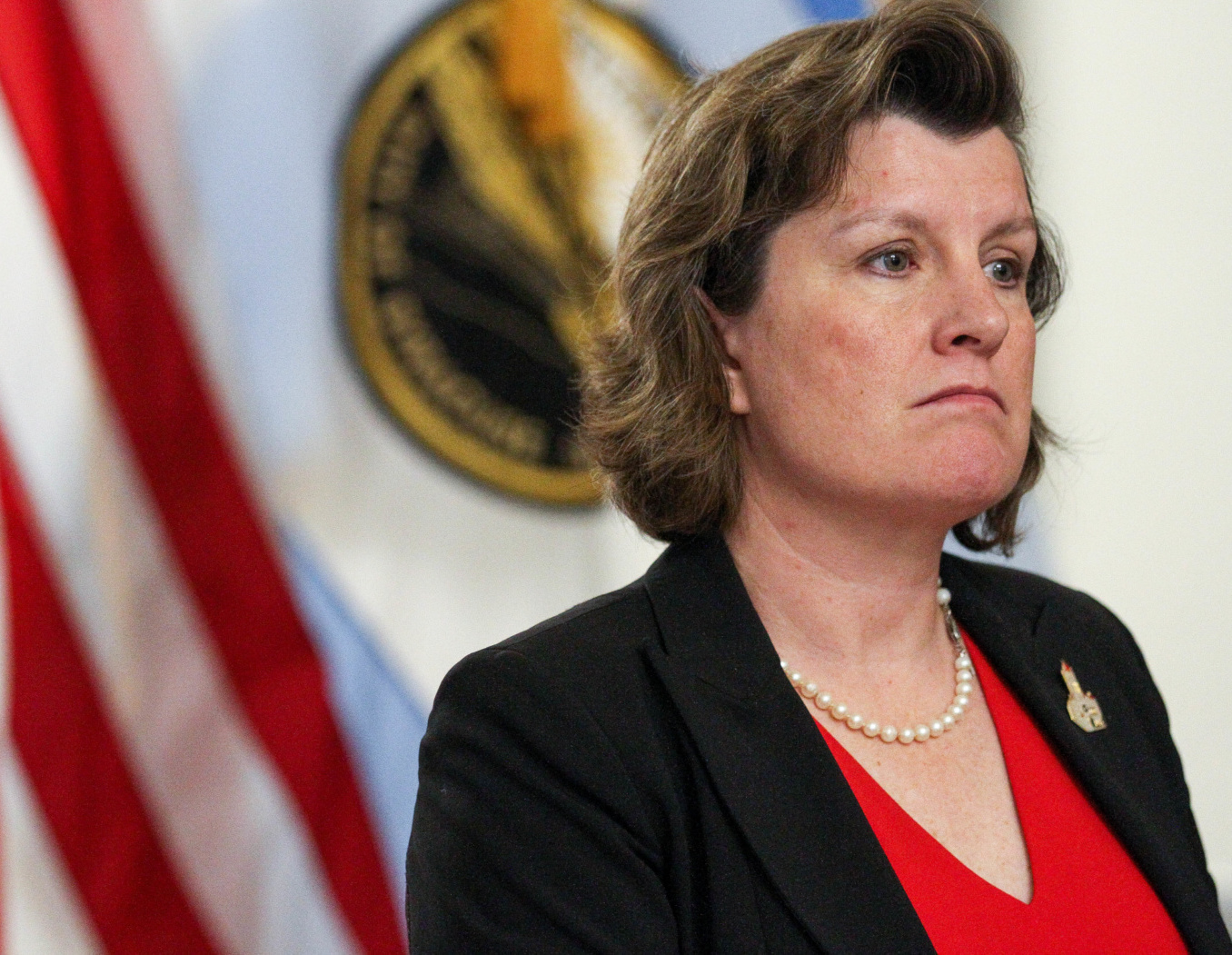 Term-limited, she says she is looking forward to taking lessons learned from the Syracuse experience and bringing them to a classroom at New York University’s Robert F. Wagner School of Public Service. Miner will be at NYU as a Visiting Distinguished Urbanist, “teaching the next generation of urban scholars, political scientists and government leaders.” 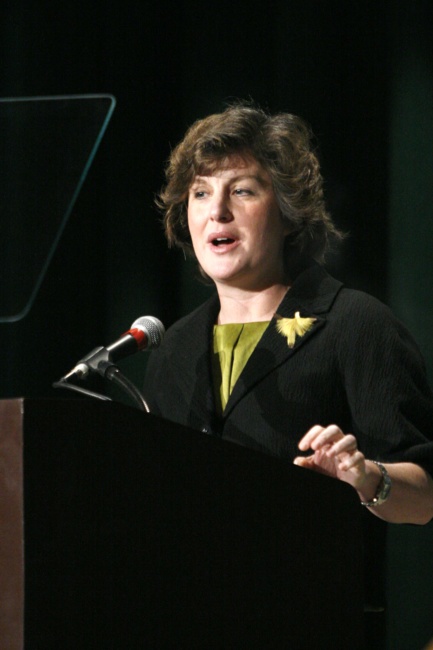 Elected as a citywide common councilor in 2001, she was re-elected in 2005, receiving more votes than anyone on the ballot including the incumbent mayor, Matt Driscoll. She was elected mayor in 2009 and re-elected in 2013 with 68 percent of the vote.

After graduating from Syracuse University with concentrations in political science and journalism, Miner worked on Geraldine Ferraro’s Senate campaign and served as Central New York regional representative for Gov. Mario Cuomo. She earned a JD degree from SUNY Buffalo.

Like former Mayor Tom Young (witness Armory Square), Miner will probably not be credited right away for her accomplishments in City Hall. But she has been recognized as a “Trailblazing Woman in Public Finance” by the Northeast Women in Public Finance. Her work in developing one of the first land banks in New York state contributed to IBM’s naming Syracuse as one of the nation’s 100 Smarter Cities, which should help counter its recognition as one of America’s most segregated and poverty stricken.

Political options for the future are opening for Miner. Originally maintaining that she had no interest in challenging Republican Rep. John Katko for his 24th District congressional seat, a logical next step in the minds of many Democratic activists, she recently refocused on a possible run, energized by opposition to the tax bill being debated by Congress. She scheduled a Dec. 5 “Tax Town Town Hall” meeting at City Hall to share her opposition with local elected officials, maintaining that the bill raises taxes on working families, increases the deficit and cuts taxes for billionaires.

Miner has also expressed interest in challenging Gov. Andrew Cuomo in a Democratic primary, an effort that one recent poll showed might reveal a lack of support for Cuomo statewide, especially outside the New York City area.

How was your term as mayor?

It was a great privilege, one that I am thankful for every single day. It was a terrific adventure. I got to work for people that I have a great deal of affection for. Got to work with people that I enjoy, and got to do the kind of work that is intellectually and emotionally challenging and rewarding. What more could you want out of a job?

Cities are downhill from all levels of government, and we are seeing a tremendous tumult in the federal government and also in state government. Cities are the future of economic development, and with the global economy that we have, you have to have the kind of creativity and energy that comes from people coming together and thinking about things and building on each other.

So Syracuse has the assets to really flourish in the future. But it needs to have public policy from both the federal and state level that is thoughtful and focused on doing really good and thoughtful approaches to government and public policy.

What are the city’s assets?

There are a ton of them. You start off with the fact that we have a work force that has a tremendous work ethic. We have institutions of higher learning and hospitals, so we have very highly educated, highly skilled personnel who are not going to get up and move someplace else.

We are right between Canada and New York City. Canada is our largest trading partner. They have to come through Syracuse in order to be that.

We have lots of infrastructure, that while old, can be brought up to the 21st century relatively easily if it’s made a priority and a focus. We’re right on the cutting edge of having all the assets necessary in order to thrive in the 21st century. 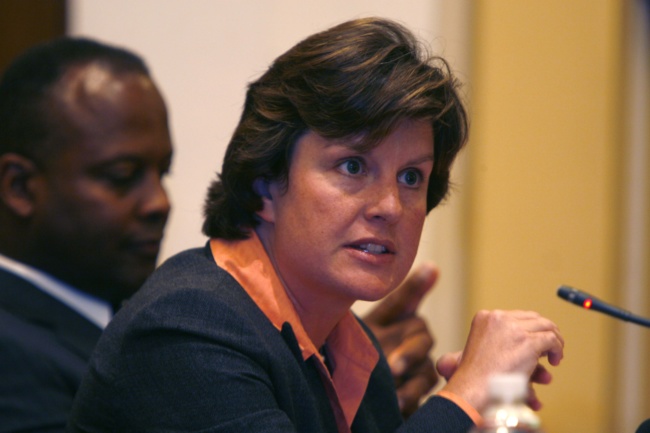 In all the eight years, what was absolutely the best thing?

I worked with terrific people here in City Hall. The workforce here is above and beyond to make sure that they answer the call of the people who are in our city, whether they are residents or citizens or just people traveling through. Working with the people I got to work with, working on the issues I got to work with that are on the cutting edge of where we are as a country, and thinking about what government should provide, and what it shouldn’t provide and how do we meet these challenges.

Was there one thing that made you want to quit?

It’s not in my genetic makeup to quit. It’s just not part of who I am. But at the lowest point, clearly gun violence. It’s just irrational, and too often it’s young men who one day would be the victim and 48 hours later could be the aggressor. And the lowest point was really when the toddler was shot in his car seat when someone was trying to kill his father.

There’s a current street logic that says, “Yo, if we had jobs, we wouldn’t be shooting each other.”

I think there’s something to be said for that generally, but I also think there’s a certain responsibility that people have to own as well. It is deviant behavior to pick up a gun and shoot at another young person and take their life. If we had a better economy, could we interrupt the violence? I think it would be much easier to interrupt the violence. But when a 17-, 18- or 19-year-old picks up a gun and shoots at someone he knows, often there’s a whole breakdown in society that has caused that to happen.

At this point to say it’s the lack of a job, there are family breakdowns, there are neighborhood breakdowns, there are school breakdowns. And what we have also seen is that, relatively speaking, it’s a small group of offenders. Trying to break that cycle is really hard because you can take them out of that place for a period of time but then they go right back in with all of the same stimulus and the same kind of outcomes. Chicago, Baltimore, New Orleans, Syracuse, Rochester, Buffalo, Albany, we are all experiencing the same kind of issue.

What does Donald Trump represent as president? 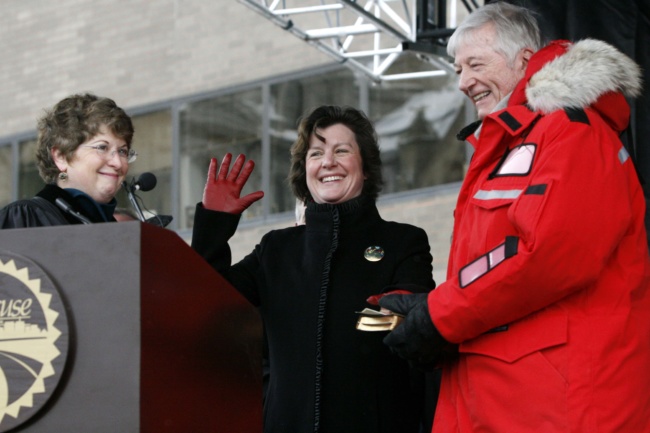 That’s being played out every day in our country, every day in our cities. I think you’re seeing more and more people understand that in a democracy everybody has a responsibility to make sure they have the kind of government that they want.

What kind of congressperson would you make?

I think that people in Central New York deserve to be represented by someone who can see how the local is global. As mayor, I’ve tried to raise the profile of issues impacting our community, notably education through Say Yes and the need for more investment in infrastructure.

I have also prided myself on having an open office, attending and hosting community meetings, and responding to the people of Syracuse. I think the priority of any elected official needs to be listening before acting and hearing their constituents out. It builds respect and trust and helps leaders enact better public policy

What kind of governor would you make?

I think, by definition, I would be iconoclastic. The last upstate governor was Franklin Delano Roosevelt, so it’s not a bad person to follow. I think, as Michelle Obama said, the job doesn’t give you character, it exposes what kind of character you have. I think that the past eight years as a mayor, and before that as a city councilor, people have seen that I’m an aggressive advocate, somebody who speaks to the issues the way I see them, regardless of how powerful, how moneyed or what party the person on the other side is. That I’m a truth-teller. That I believe in public policy. And I believe in policy that will help everybody take advantage of the opportunities of this country, not just a select few.

What would be the most fun if, as has been suggested, you and state Sen. John DeFrancisco toured together to promote your potential gubernatorial candidacies?

But what I have found with him, which is so refreshing, is that you can have these political disagreements in public and it doesn’t become personal. He is smart. He is thoughtful, so you better bring your A-game when you’re coming to him on a policy or on a discussion.