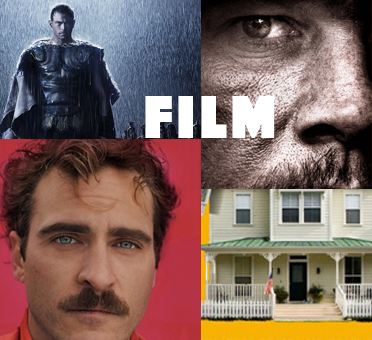 War, voices, myths and family dysfunction, all for you…

If you watch the TV news magazines, you’ve seen Marcus Luttrell tell the story of that harrowing 2005 Navy SEALS mission that left a handful of American soldiers alone on a mountain to face a Taliban army of hundreds.

Luttrell wrote a book about “Operation Red Wings,” on the border of Afghanistan and Pakistan, in 2009.

This weekend “Lone Survivor” opens. The film, written and directed by Peter Berg with writing help from Luttrell, promises drama, action and that whole spectrum of emotions.

The trailer shows Mark Wahlberg in the center of it all as Luttrell. The soldiers try to stick together in the face of impossible odds. Taylor Kitsch, Emile Hirsch and Ben Foster portray the other three warriors fighting at Luttrell’s side. The title of the book and movie say it all.

The high-tech world is represented this week with the opening of “Her.”

Ever since Garmin and other GPS devices started voicing turn-by-turns to you in your vehicle — my dear wife Karen and I used to call her Bossy Boss in mine — the joke has been out about poor schmucks getting too attached. Apple’s more-personalized Siri only heightened that humor mill.

Written and directed by Spike Jonze, “Her” takes it all that emotional step further.

Set in Los Angeles some time in the future, the story follows writer Theodore Twombley (Joaquin Phoenix). After a tough breakup, this guy starts to fall in love with the voice of his new operating system (Scarlett Johansson). In real life, he attempts to explain his relationship with Samantha to interested woman Amy (Amy Adams).

Action-adventure lovers can turn to Greek mythology. “The Legend of Hercules,” written by Renny Harlin and Daniel Glat and directed by Harlin, stars Kellan Lutz as the title hero.

The story follows the origin of the myth. Hercules must decide between his love for the princess (Gaia Weiss) or chasing his destiny of overthrowing his stepfather, the evil King (Scott Adkins).

Also this week, “August: Osage County” expands its run to include Syracuse.

The drama, written by Tracy Letts and directed by John Wells, follows the story of the women of the Weston family.

The Westons return to the Oklahoma home they grew up in because of a family crisis.

Ewan McGregor, Benedict Cumberbatch and Dermot Mulrooney play the men who try to help them.

Almost, but no cigar for “Paranormal Activity: The Marked Ones.”

The fifth installment of the supernatural series almost unseated “Frozen” from the top box office spot, but Disney’s animated Ice Age tale hung on in week seven, according to boxofficemojo.com, grossing $19.57 million to run its impressive total to $296.69 million.

The California-scary-dreaming of Paranormal grossed $18.34 million in its opening week to sit at No. 2.