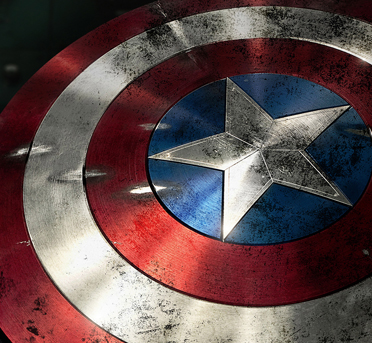 “Captain America: The Winter Soldier” at the malls, “Island of Lemurs: Madagascar” at MOST’s IMAX

It’s time for a Marvel Comic hero to come to life on the big screen and save us all again.

The trailer shows many flying objects for them to battle.

Veterans Samuel Jackson, as Nick Fury, and Robert Redford, as Alexander Pierce, get into the fray.

Also opening this week is an IMAX documentary that’s spending a half year on the huge domed screen of the Museum of Science and Technology in Armory Square before being released to the IMAX screens of commercial cineplexes.

The Warner Brothers release “Island of Lemurs: Madagascar” will fill the senses in the Bristol IMAX Omnitheater, which is one of only 60 domed IMAX screens in the world.

David Douglas directs the story of the endangered species that are called nature’s greatest explorers as IMAX cameras join Dr. Patricia Wright on her mission to help lemurs survive in the modern world.

The  MOST, in Armory Square, has fewer screenings than the mall theaters. Friday, Saturday and Sunday, the Lemurs film will show at noon, 2 p.m. and 4 p.m. It’s a good idea to check the schedule on the MOST site.

“Noah” washed away the competition in its opening weekend.

The epic buld-an-ark tale starring Russell Crowe finished No. 1 on the box office list with a weekend take of $43.72 million, according to boxofficemojo.com.

No. 2 was holdover young adult sci-fi adventure “Divergent,” with a weekend take of $25.61 million, raising its two-week gross to $94.37 million.

The other opening film, Arnold Scwharzenegger’s DEA vs. Drug Cartel action/drama “Sabotage,” muddled in at No. 7 with a take of $5.27 million.

Eccentric comedy “The Grand Budapest Hotel” took its here-at-last-in-smaller-cities weekend to a No. 6 finish. Ralph Fiennes and his rather large collection of cameo pals drew a weekend gross of $8.53 million. That put its overall take after a three-week selected city run at $24.17 million.

In ‘The Grand Budapest Hotel,’ characters abound
The adventure of lemurs, way bigger than life
To Top