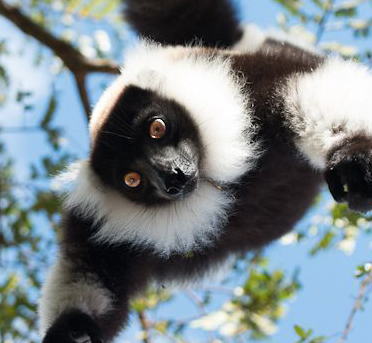 (REVIEW) In IMAX film ‘Island of Lemurs: Madagascar,’ the stars fight for their very lives

It may be the greatest and most successful big screen matchmaking scene ever.

The setting was an exotic island.

And love may have indeed bloomed at a time of great need.

I’m talking about the furry heroes in the new IMAX documentary “Island of Lemurs: Madagascar,” which started its six-month exclusive museum run last weekend on the domed screen in the Bristol IMAX Omnitheater in downtown Syracuse’s Museum of Science and Technology.

Morgan Freeman’s deep, compelling voice narrates the story of the primate that’s been around 60 million years.

Freeman’s authoritative tone makes it easy to sit back in the comfortable seat, tilt back your head, set your eyes on the middle of the huge screen, and soak up the wonder of the lemur.

Under the direction and cinematography of David Douglas, the 38-minute film is a short, sweet love story about a species that calls the fourth largest island in the world home. Wright, a native of Western New York and a professor at SUNY Stony Brook, has made it her life mission to make sure this endangered species does not go extinct. 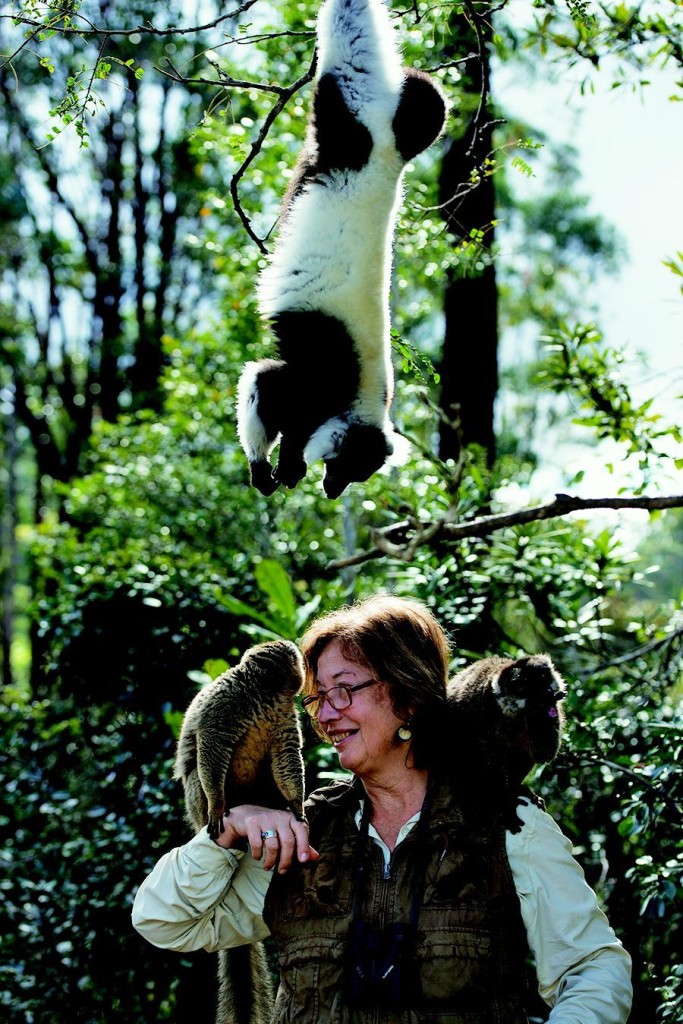 The beautiful camera work follows her travels around Madagascar — which is about the size of Texas — as she tracks, supervises studies and tagging, and helps educate villagers that the fires they set to clear brush for agricultural farming takes away the lemur’s natural habitat when allowed to spread unchecked.

The cameras catch various species of the lemur dancing and cavorting and even mingling with Wright and staff.

The natural beauty is stunning, if a bit unsettling at times of greatest motion on the giant domed screen. I’d liken the experience of watching an IMAX film surround you is like sitting in your vehicle in one of those washes where your car sits still, and even though it’s the machinery moving, your stomach and eyes tell you otherwise. When I felt a wave hit me, I followed the verbal instructions provided before the start of the movie. I looked to the side, closed my eyes, and the feeling passed.

My affection for the lemurs remained. They look cuddly, like a hybrid of a cat and a monkey. 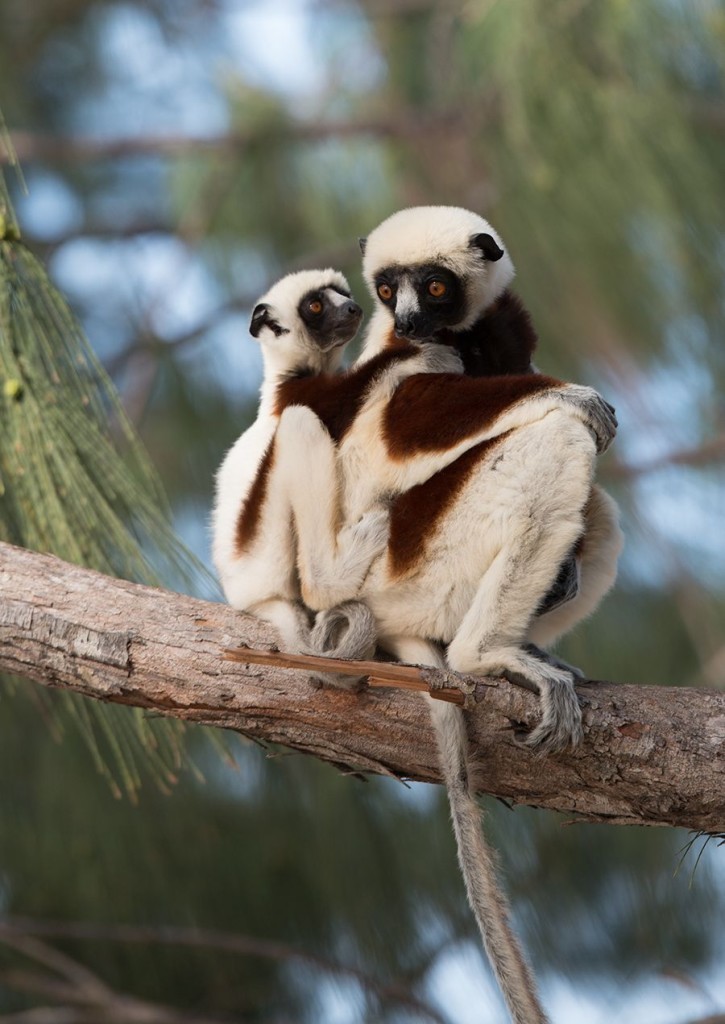 I wanted to cheer Wright as she talked to a father and daughter lemur, the last two of their species living in a park preserve. She promised them company.

Wright walks forests to find several of the same species in the wild.

They’re checked for disease, tagged with radio collars, and put in a big cage in the middle of the preserve.

Lo and behold, the daddy and daughter discover the newcomers and climb the outside of the cage.

After they acclimate, the newbies are released. They all go off together, happily, and hopefully to keep the species alive.