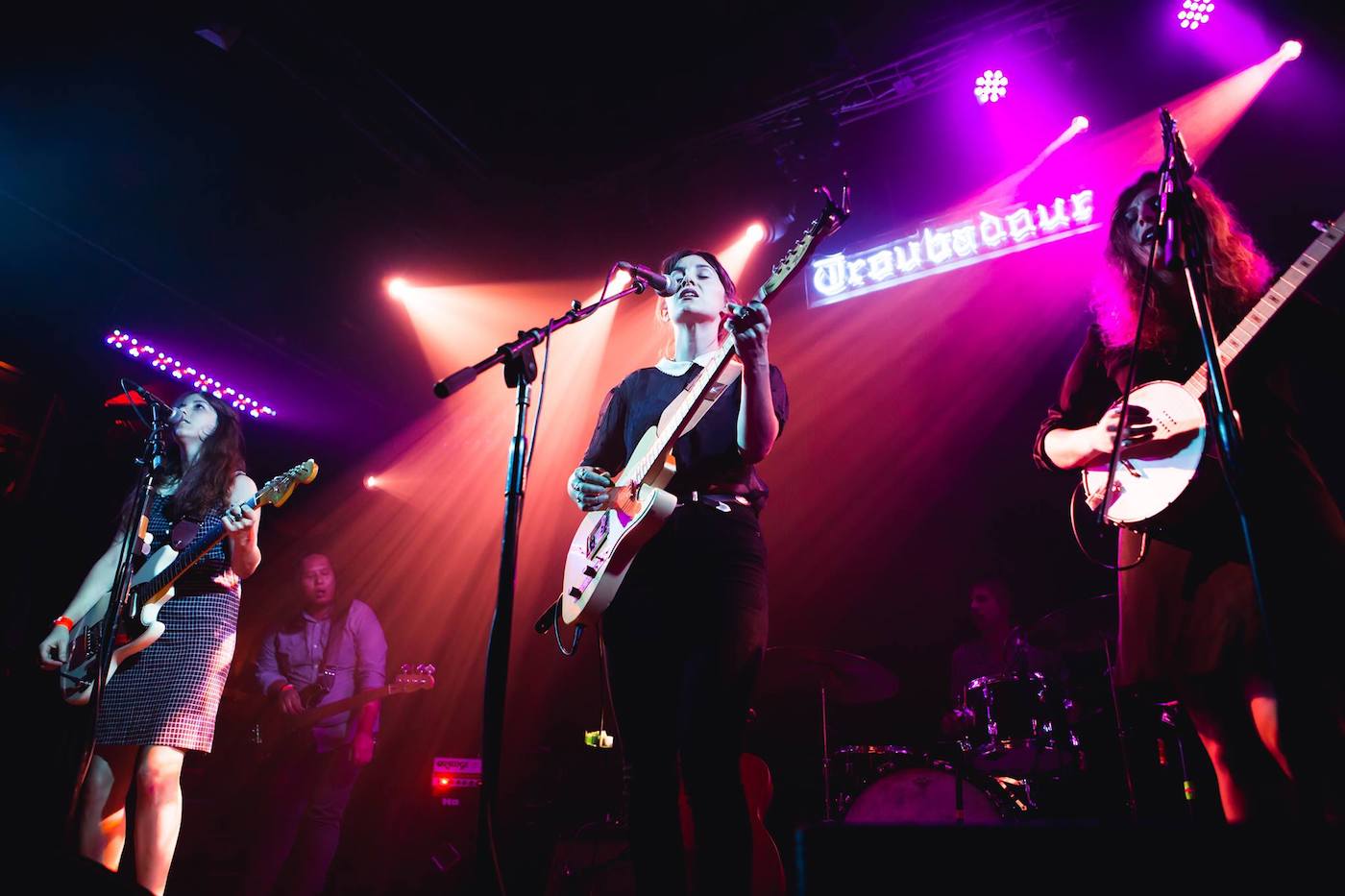 The indie music scene today could undoubtedly be characterized as a Golden Age of sorts, with women-led groups dominating the folk genre. While indie folk groups like Joseph and First Aid Kit are indisputably at the top of their respective games right now, The Wild Reeds, whose major label debut album The World We Built was released on April 7, are giving the Joseph’s of the music world a run for their money.

Formed in Los Angeles in 2010 by soft crooners Sharon Silva, Kinsey Lee, and Mackenzie Howe, The Wild Reeds were a bit of a breakout sensation in the indie folk scene. Their first album, Blind and Brave, stayed true to what would be expected of them — their tight three-part harmonies were backed up appropriately by acoustic guitars and banjos. But in The World We Built, they trade in their coffee-shop sound for something new: a sick hybrid of country-folk and slowcore rock that will leave listeners wistfully humming for hours.

The change in their sound is undoubtedly due to the trio’s signing on with nationally known producer Peter Katis (The National, The Swell Season), and the Nashville indie record label, Dualtone Records (The Lumineers, Wild Child). The superior production level is heard clear as day in this album, with each song sounding impeccably mixed — the effortless blend of their haunting harmonies with the beachy reverbed guitars and dreamy drums makes for a lush listening experience.

There are no awkward transitions between tracks (a problem heard on Blind and Brave); each song leads seamlessly to the next. The twanging harmonies are tight, nicely contrasting the accompanying echoing electric guitars and melancholic melodies, evoking an image of the Sirens of Ancient Greek mythology. The second track, “Fall to Sleep,” crashes into the listener like waves on the shore on a stormy day, its thrashing guitar riffs acting as the distant thunder to the vocals’ fluid lilts.

The ballad “Back to Earth” draws influence from classic doo-wop melodies. The trio sings, “If I could give you the world, would you come back to earth?,” a line that harkens back to heartfelt love songs of the late 50s and early 60s.

The album’s namesake is perhaps the most tender track on The World We Built. “You’re a desert with a heartbeat, and I’m a setting sun when it turns pink,” the three women sing, their voices in perfect harmony, backed by a gently picked electric guitar.

Instead of conforming to the trope of the indie girl group, following the same formula as First Aid Kit and Joseph, The Wild Reeds distinguish themselves with The World We Built by combining their intricate three-part harmonies with a new sound that carries the influence of indie punk groups like Sleater Kinney and atmospheric emo groups like The World is a Beautiful Place and I am No Longer Afraid to Die. That unique combination is what makes The World We Built such a superior album in the indie music domain.