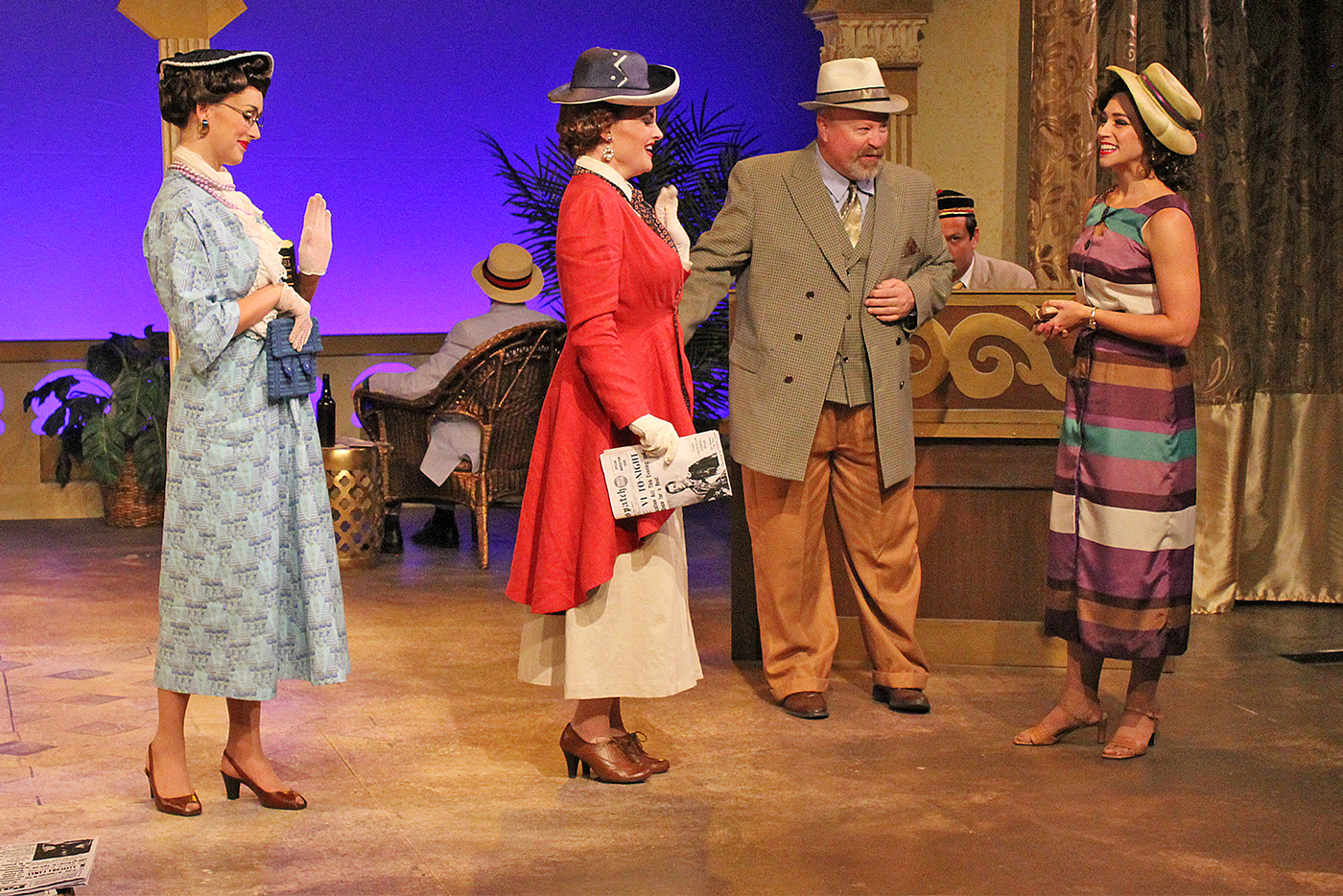 The comedy of 1984’s “The Foreigner” holds up well at Hangar Theater.

Drum rolls and high kicks are fine, but there’s more to summer theater than song and dance. As the season slides into August, two of our best companies have come up with fresh-faced productions that honor the spoken word.

At Cortland Repertory Theatre is the little-seen Agatha Christie mystery Appointment with Death (through Saturday, Aug. 12), ileere the guests in a desert might be up for murder but they plot with refined grammar and elegant pronunciation. Ithaca’s Hangar Theatre offers Larry Shue’s once-popular 1984 comedy The Foreigner (through Saturday, Aug. 12), in which the villain barks out a line that could have come from the 2016 presidential campaign. Both shows lead to surprise denouements that cannot be so much as hinted at.

Although Larry Shue was killed in a 1985 plane crash just as fame was beginning, his comedy-with-a-subtext is not exactly “neglected.” For a while it was a staple of community theater and high school companies but then disappeared. This stylish revival reveals that not only are the best lines not dated (despite phones attached to cords), but that the entire vehicle is an actor’s feast.

Shue wrote the title character, Charlie Baker, for himself to play. He’s a man so depressed and shy he feigns speechlessness to avoid connecting with people. This opens Charlie up to all manner of shtick, wildly expressive body language, mime and dance. Every character gets a share of cakewalking, even the bad guys.

Because he thinks his cheating wife is dying, Charlie (Linden Tailor) retreats to a fishing lodge in rural Georgia. Agreeing to the plan to play mute known only to his pal Froggy (Austin Jones), an unlikely British sergeant stationed nearby, Charlie cannot avoid interaction with others in the lodge. Owner Betty Meeks (Susannah Berryman), stricken with wanderlust for never having traveled, projects heaps of exotic fantasy onto Charlie, although she does not know where he is from.

Charlie also overhears private conversations. High-strung, red-haired heiress Catherine (Lily Waldron) is pregnant, and her boyfriend, Rev. David Lee (Justin Walker), appears laggard to act upon this news. Worse, the Rev appears to be more than chummy with snaky building inspector Owen Musser (Austin Jones again), and the two of them have dastardly plans to take over the lodge and convert it to their nefarious ends.

To do that they would have to cheat Catherine’s brother and co-heir, Ellard (Cam Wenrich), a Forrest Gump in the making, who might be judged “too slow” to inherit. Ellard’s well-meaning but stumbling attempts to teach Charlie to speak English is one of the comic highlights of the two-plus hours.

Linden Tailor seizes upon the role of Charlie as an invitation for theatrical magic, continually pulling surprises out of an enigmatic persona, guided by director Topher Payne. The entire cast is excellent, but Austin Jones in a dual role, with an M.F.A. from Yale and recently joining the Ithaca College faculty, is a man to watch.

The annual murder mystery at Cortland Repertory is a challenge for Agatha Christie buffs. Not only is Appointment with Death among the mistress’ least-seen works, but it breaks several templates. We’re not in the guilty vicarage anymore but instead in a Jerusalem hotel in 1936 while the region was under British mandate. The second act moves to the fabled archaeological site of Petra in what was then called “Transjordania.” Several characters, such the tyrannical matriarch Mrs. Boynton (Elizabeth Bove) and her grumbling family, are American.

To complicate matters, in the original 1938 novel, signature detective Hercule Poirot takes a prominent role, but Christie had tired of him when she wrote the stage play in 1944 and so deleted him. She also tired of at least one murder victim so that a different person makes an appointment with death on stage. And the 1988 movie version with Peter Ustinov makes even more transmogrifications. Thus if some snotty friend tells who done it to whom, pay no attention. The play’s different, and more surprising.

The appointment with death cited in the title does not come for 90 minutes, but the 13 characters reveal so many tensions and so much back-biting and resentment, that we can see perhaps a half-dozen desired victims and likely culprits. Self-centered Lady Westholme (Ms. Jeremy Parker) demands that irritable Alderman Higgs (Charles Baran) be evicted from his room so she can sleep on the ground floor. Smooth-talking Jefferson Cope (Tom DeMichele) makes a pass at lovely but unhappily married Nadine Boynton (Claire Sorlie) virtually in front of her husband Lennox (Grant Paylor).