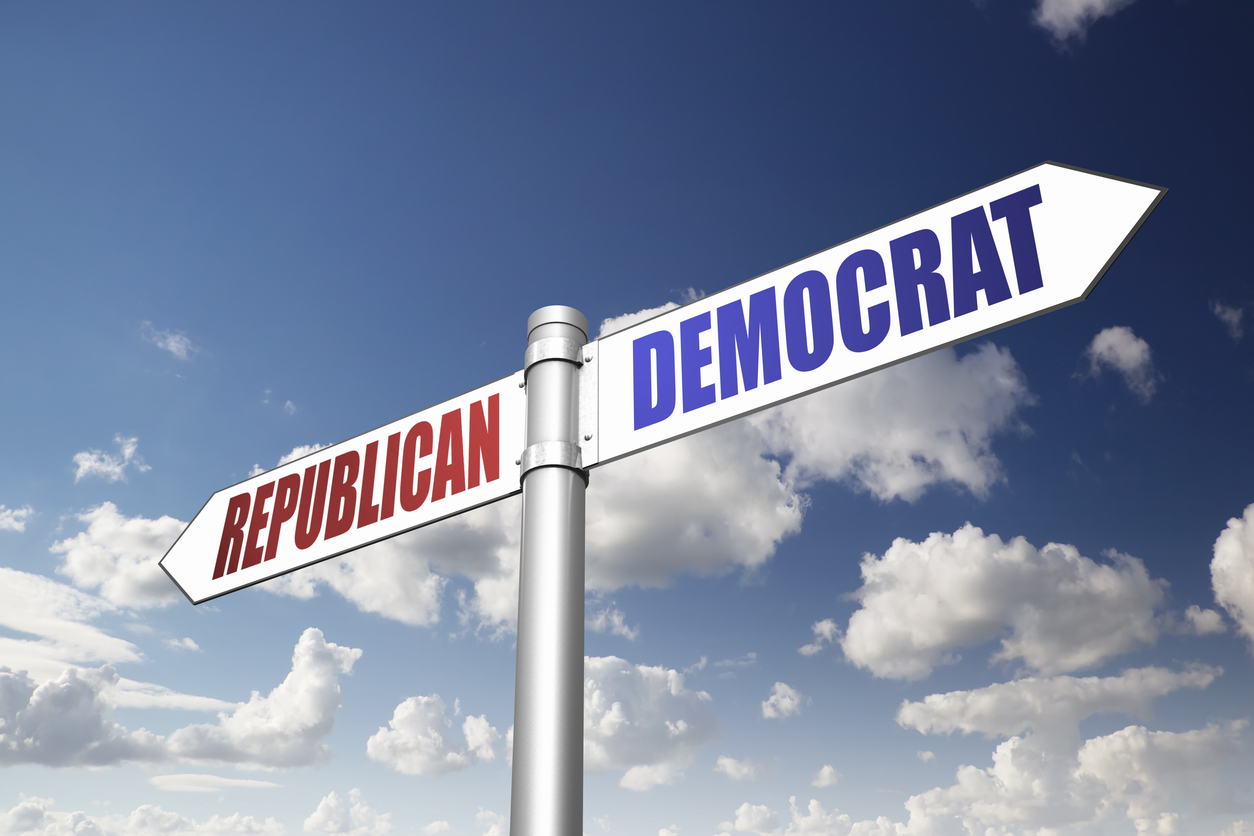 It may be hard to believe, but it’s already been one year since Barack Obama handed over the keys to the White House to Donald Trump on a day where yes, it did rain during his inauguration speech, and no, the watching crowd wasn’t the largest one in history.

And in the year since, the former billionaire TV star and the Republican-led Congress he presides over have taken dramatic steps to undo many of the statutes Obama put in place and undermine the 44th president’s legislative legacy.

From rolling back environmental regulations, to scrapping the individual health care mandate, to steamrolling over his Supreme Court justice nominee, to putting the Iran Nuclear Deal and Wall Street restrictions on a constant chopping block, Trump and the GOP have made erasing Obama’s accomplishments the very center of their agenda. And they’ll have no problem telling you they’re proud of that.

“The Failing @nytimes, in a story by Peter Baker, should have mentioned the rapid terminations by me of TPP & The Paris Accord & the fast approvals of The Keystone XL & Dakota Access pipelines,” Trump tweeted back in October. “Also, look at the recent EPA cancellations & our great new Supreme Court Justice!”

But despite all of that, the former president still has a strong presence in the White House and the rest of the federal government. After all, presidencies don’t just begin and end as we see them on Inauguration Day.

The day after he learned Trump would be his successor, Obama likened the presidency to passing the baton to another person in the ongoing race to perfect our union. Yes, Trump took that baton on Jan. 20, 2017, but that doesn’t mean Obama stopped running immediately.

Since he took office, Trump has enjoyed a growing economy, a roaring stock market, increasing consumer confidence and lower unemployment rates. He’s quick to give himself credit for all of those too.

“The reason our stock market is so successful is because of me — I’ve always been great with money,” Trump told reporters back in November.

“Virtually no President has accomplished what we have accomplished in the first 9 months, and [the] economy [is] roaring,” he once said on Twitter.

Among Trump’s favorite bragging rights are that 2 million jobs have been created since his election and that economic growth has surged past 3 percent.

While impressive, it’s actually not all that different from results of the final Obama years. Employers actually added more jobs — 2.2 million — in 2016, and almost 3 million in 2014. And even though Trump said an economic growth rate of 3 percent “wasn’t supposed to happen for a long time,” it actually surged above 4 percent in the second and third quarters of 2014.

In addition, Trump likes to tout the 0.7 percent decrease in unemployment since he came into office. Again, impressive as that is, it fell by the same amount or more in 2013, 2014 and 2015.

But while Trump seems determined to convince us that he’s completely turned the page on the Obama era, he also seems equally determined to keep bringing him up.

There have been several occasions just recently where the president blamed his predecessor for current events or scenarios that either have a negative outcome or produce an outcome that he doesn’t approve of.

About a year ago, when protests and town halls were seen in several cities regarding the president’s travel ban and health care proposals, Trump blamed Obama, saying “I think he’s behind it.”

Last April, when it was learned that the Syrian government had used chemical weapons against its own citizens, Trump said the inhumane act was “a consequence of the last administration’s weakness and irresolution.”

Throughout the heightened tensions this year between the U.S. and North Korea over the rogue state’s increased nuclear-related activities, Trump has continuously come out and blamed Obama — along with former presidents Bush and Clinton — for their combined failures on a solution. Even though so far, Trump has largely followed the same strategy as those other leaders.

During the anti-government protests in Iran earlier this month, Trump said Obama and the nuclear deal his administration negotiated were responsible.

“All of the money that President Obama so foolishly gave them went into terrorism and into their ‘pockets,’” Trump tweeted.

And just a few weeks ago, Trump canceled a trip to London to open a new U.S. embassy because he blamed Obama for selling the old building in the city for “peanuts.” In actuality, the decision to move the embassy was initiated by George W. Bush’s administration.

So, are all the good things that happen due to Trump and all the bad things Obama’s fault? That is Trump’s thinking, but the world doesn’t quite work that way.

Again, presidencies do overlap. So it’s not entirely wrong to blame predecessors on problems like North Korea. But the objective of elected officials is not to assign blame to the problems we face, it’s to find solutions. And eventually, there comes a point where the current commander-in-chief must assume full responsibility for the issues at hand, regardless of who or what created them, and when they were created.

It’s been a full year since the White House changed hands. One would think that point has long since been crossed. But in many cases, we’re still waiting.