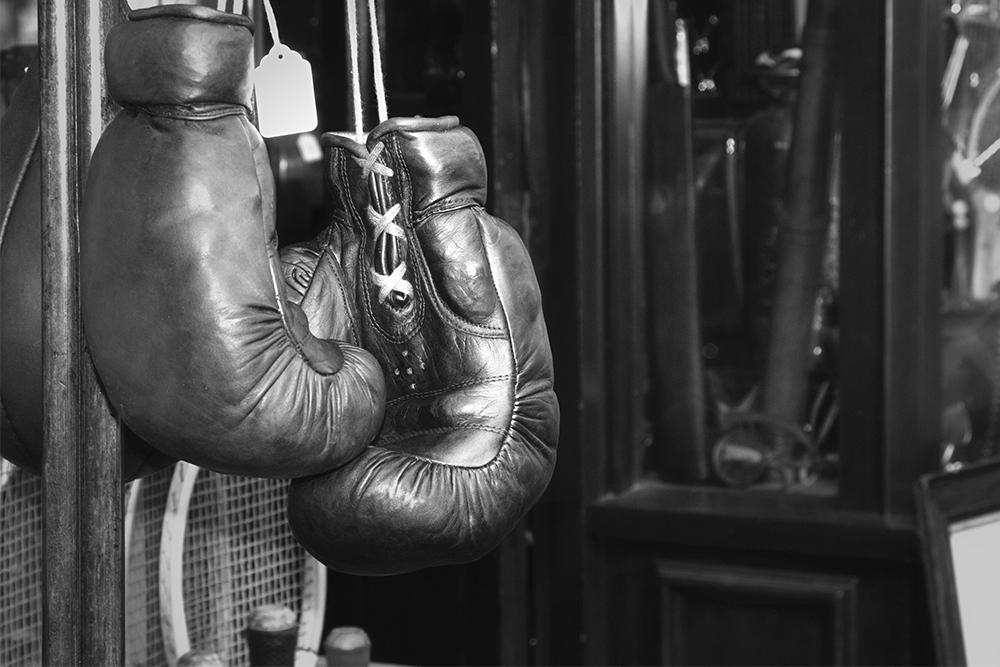 Every year on Dec. 26, I like to watch films of large men wearing only undershorts and gloves bouncing up and down in front of bloodthirsty fans and throwing punches at one another until one of them lacks the ability to stand up. Somehow, it’s legal.

I’m not talking Rocky. My taste in boxing films runs toward Million Dollar Baby, Cinderella Man and On the Waterfront. I tried Raging Bull, but Robert De Niro’s relentless assault on happiness wore me out halfway through.

For my money, the all-time greatest boxing movie is a documentary. When We Were Kings is about a moment in the 1970s black pride movement in which Muhammad Ali and George Foreman face off in Kinshasa, Zaire (now the Democratic Republic of the Congo). Directed by Leon Gast, When We Were Kings won the 1996 Oscar for Best Documentary.

It was a classic matchup of a champ vs. the deposed champ, a consummate boxer against a tenacious brawler. Ali had the stadium crowd of 100,000 and the love of billions around the world behind him, but Foreman had youth and size and brute strength on his side. Ali’s chances of defeating Foreman in the “Rumble in the Jungle” on Oct. 30, 1976, were probably as great as the chances of a black man occupying the White House by the early part of the 21st century.

As the first round commences Ali stuns everyone by coming out swinging, hoping he could take Foreman by surprise and score an early knockout. Ali, famous for dancing away from his opponents, charged straight at the bigger, stronger Foreman. It was a disaster. Ali got battered and slammed, and for the next six rounds, the former champ became a punching bag who could barely stand. The film takes us through what seems like an eternity, as Ali leans back helplessly on the ropes and Foreman swings away at him, landing prodigious punches seemingly at will. Ali is inert and weak. Foreman looms over him: bold, large and tough.

Then it happens. In the eighth round, as Norman Mailer and James Brown and George Plimpton watch ringside, Ali comes back to life. Having let Foreman exhaust himself, Ali bounces off the ropes and stuns the big man with a series of punches that send the reigning champ to the canvas. Foreman rose at the count of eight, but the damage was done and he eventually launched a second career assisting millions of Americans with their meat-grilling needs.

Watching President Barack Obama these past few weeks, there can be no doubt that he derives his inspiration from a radical Muslim fighter. The Republicans play Foreman as they debate who might best lead us into our next ground war in the Middle East. They compete in offering the nastiest insults to the commander-in-chief (I nominate Chris Christie’s “feckless weakling”). Obama is clearly playing Ali’s Rope a Dope, letting the GOP candidates clobber him all they want, while steadily advancing his agenda. History will tell us whether his calm focus on climate change and muted response to ISIS was wise or foolish. I’m betting that the eventual Republican nominee will be the one on the ropes when the final round ends.

Dan Maffei, who was twice elected and thrice rejected by the people of Central New York to represent us in Congress, has now settled in Washington, D.C., where the president rewarded him with a seat on the Maritime Commission, worth somewhere between $150,00 and $175,000 annually. Maffei would succeed Commissioner Richard Lidinsky, whose biography includes 37 years in the maritime industry, including serving as counsel to the Merchant Marine and Fisheries Committee of the House of Representatives. Oh, and he also helped write part of the Panama Canal Treaty, worked for NATO and negotiated a maritime deal with China.

Maffei, according to sources close to him, enjoys canoeing.