The 49th star to our flag and the destination frozen at the top of many bucket lists, Alaska, recently melted the expectations of a group of travelers. This frigid fortress is comprised of 65% national parks, 20% state parks and local land and only about 15% privately owned.

Before leaving the continental US, Lou Lemos and his wife Kathy explored Denver, CO. The Lemos pair said they knew they were certainly not in Syracuse anymore when they crossed paths with this massive bear. 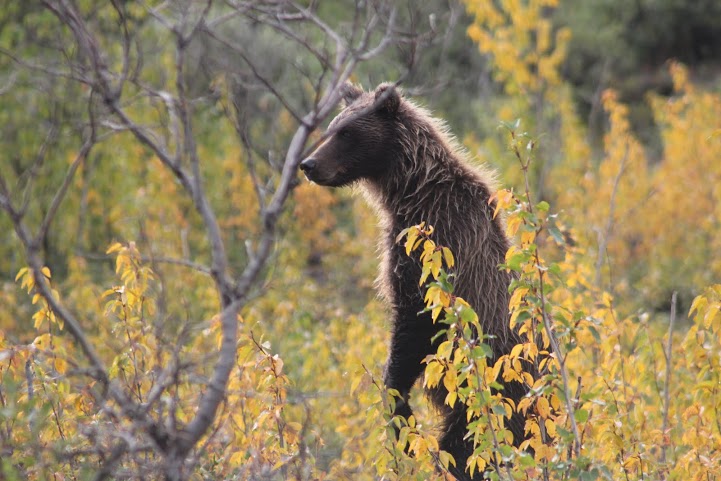 Pleased with the bear’s decision to remain stationary, the two kept Alaska bound. They first touched down in the center of the state in the small city of Fairbanks. With its crisp air and winter temperatures that can dip below negative 60 degrees fahrenheit, Fairbanks accumulates less annual snowfall than Syracuse, averaging around 38 inches. Despite being in the pit of lake effect snowfall, the salt city is the envy of some Fairbanks winter inhabitants who only experience four hours of daylight during those particularly cold months. 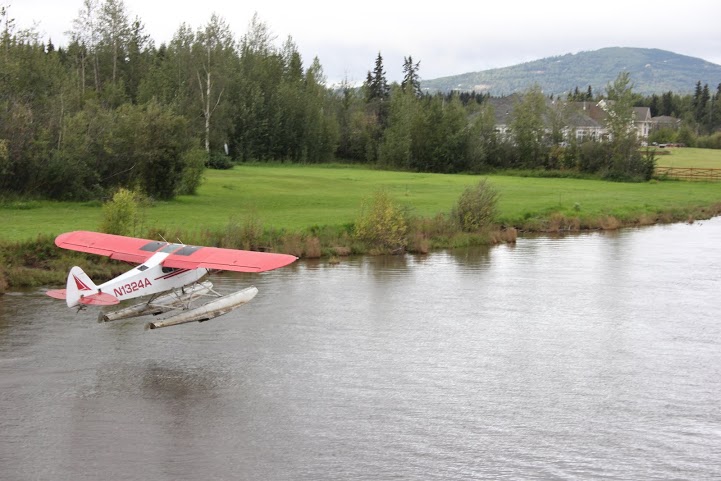 For their first riverboat experience, the group was taken back 10,000 years and learned about the centuries upon centuries of local inhabitants.

Back on land, the group made their way to an Iditarod training camp and watched as the Huskies were trained to work as a team. The camp is a model for racers across the nation and is run by the husband of champion racer, Susan Butcher. 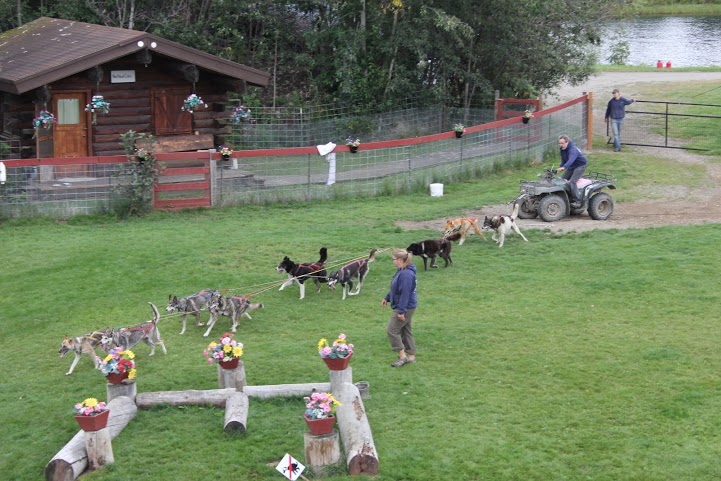 In a visit to a model of ancient Tlingit Villages the group learned about these past civilizations and were awed by the fur crafts. One coat in particular had some group members intrigued but the lengthy price tag of $23,000.00 kept their credit cards tucked in their wallets. 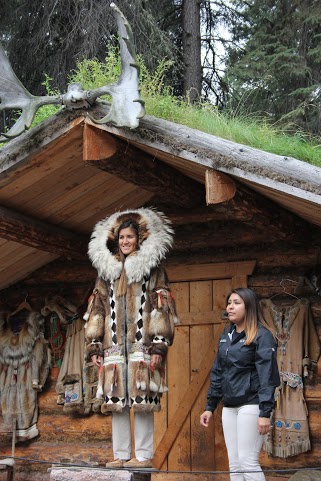 Along the river of Tug Hill, they stumbled upon their first snowfall. Despite the stereotypes of Alaskan weather patterns, snow is uncommon in this area during the month of August.

After a salmon lunch they headed to the pearl of Alaska, Denali National Park, where they became immersed in the regions wildlife. In the eight hour excursion, they group encountered their first glacier and clung to their bus seats as bears, a fox and an elk investigated the four-wheeled object; all the while sheep dotted the mountain range. 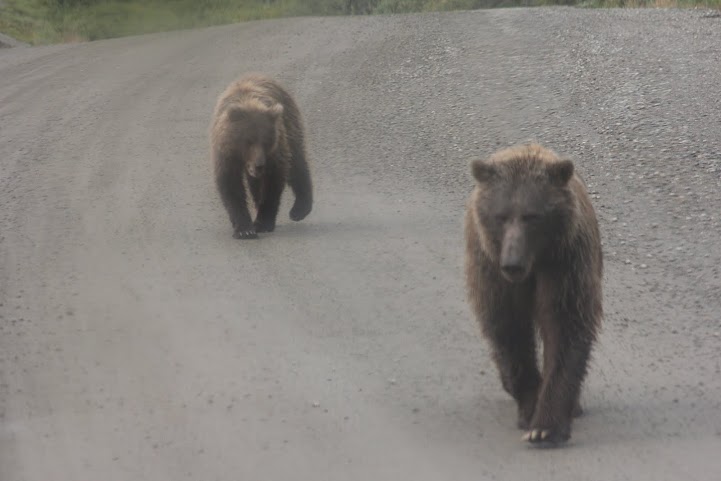 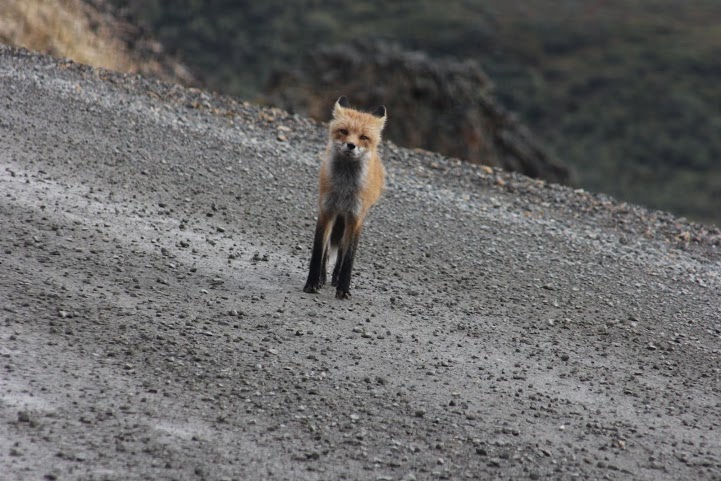 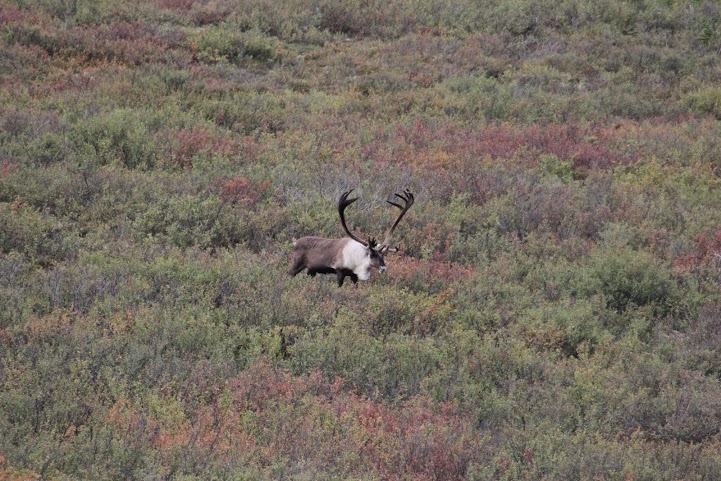 Exiting the park, they boarded a train bound for Anchorage that had massive domed windows which allowed for sights from all angles. Another eight hour journey, however, this was in part to the engineers talking to each other as the trains passed on their opposite tracks. Also, slowing the pace was the old model of train that required the engineer crank a lever to change tracks.

In the quest to see Mt. McKinley, or Denali, the group made several stops at the observation deck, each time a break in the clouds added a little more to the view. 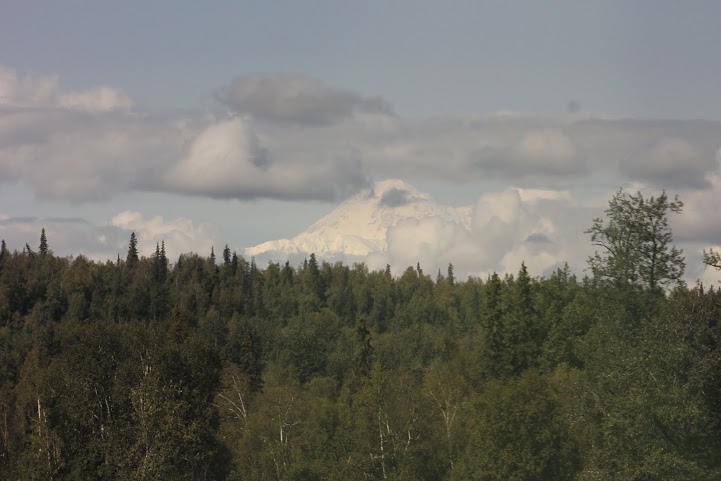 After capturing the best view of the mountain between the fast-moving clouds it was time for a celebratory drink aboard the train.

In a stop in Alyeska, they group saw their first glacier up close. The breathtaking colors, however, were not colored ice, but rather reflections within the ice. 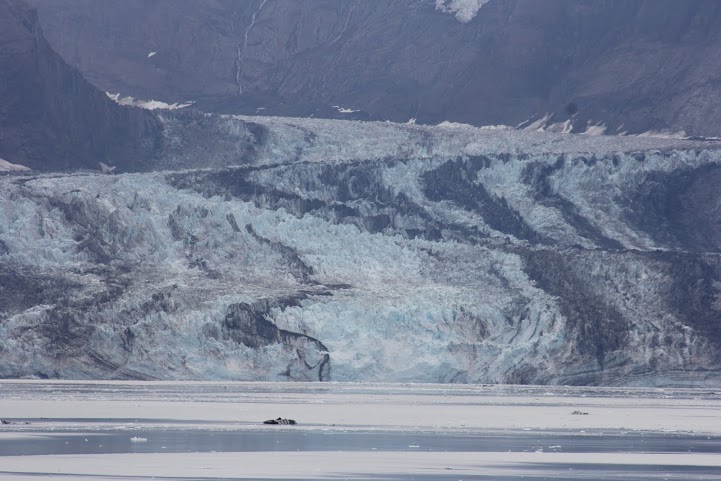 The group absorbed this scenery for the next two days and feasted on some culinary creations in their Alyeska “shack”.

Next they boarded a ship and cruised from Anchorage to Vancouver on the Oosterdam of the Holland America Line to take in the sights along the west coast of Alaska and Canada. 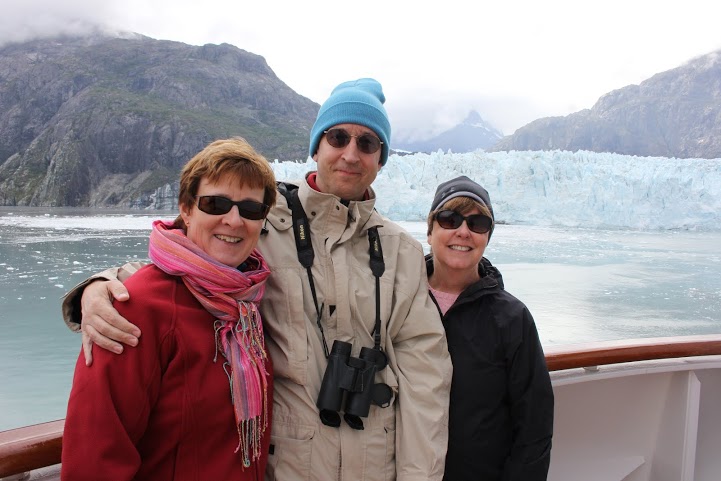 Filled with over 15 glaciers, Glacier Bay is far less imposing than it was 100 years ago. The ice beds are actually receding and despite the approximate 600 inches of snow in the area, massive ice chunks are crashing off the body and into the water with a thunderous roar. 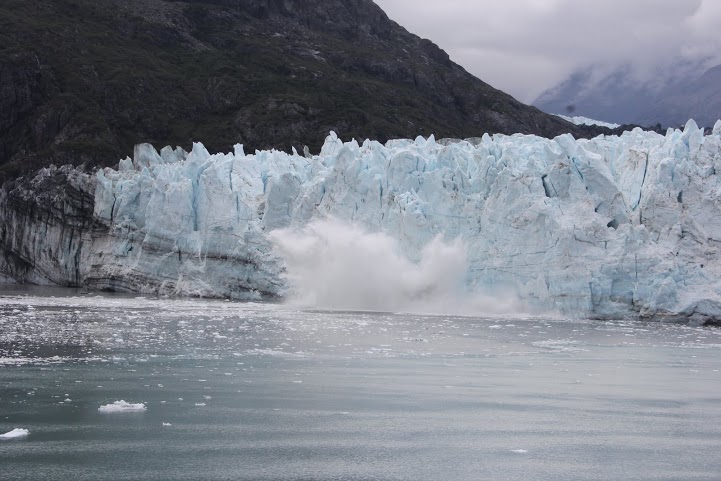 Outside the states capital of Juneau, the group was greeted by both aerial and aquatic creatures. Swooping from the mountains peaks, eagles soared just above the boat as humpbacks and orca whales kissed the waters surface.

A two week immersion into this secluded state proved the natural beauty beyond our continental borders. From the landscape to the wildlife to the rich history etched deep into the glacial remains this group of travelers experienced the trip of a lifetime that will forever be frozen in their memories.