Curses, Foiled Again
Police looking for the man who beat up a woman in Ambridge, Pa., and held her captive for 12 hours, found him trying to flee town by bus. An hour after the victim called 911, suspect Donald Harrison, 22, posted the Facebook message, “IT’S TIME TO LEAVE PA.” The next day, she told police she spotted Harrison’s selfie on Facebook, announcing, “OMW TO SPARTANSBURG SC.” The Spartanburg bus had just left, so officers caught up to it and arrested Harrison. “We like it when dumb criminals assist in our investigation,” police Chief James Mann said, noting the Pittsburgh suburb has already been featured on World’s Dumbest Criminals for “a couple of things.” (Beaver County Times) 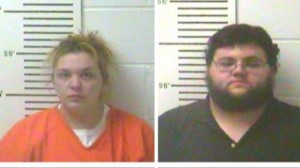 Elizabeth Hupp, left, and Nathan Firoved are facing charges in Missouri in connection with the kidnapping of Hupp’s six-year-old son. (cbc.ca)

Elizabeth Hupp arranged the armed kidnapping of her 6-year-old son to teach him a lesson, Missouri authorities said, because his family thought he was being too nice to people he didn’t know. Officials said the boy’s grandmother, an aunt and a co-worker of the aunt also took part in the ordeal, during which the boy was tied up and threatened with a gun, had his pants removed and was told he could be sold into sex slavery. After four hours, police said the boy “was unbound and told to go upstairs, where the family lectured him about stranger danger.” (CNN)

When Guns Are Outlawed
While delegates at a United Nations disarmament forum in Switzerland were discussing ways to improve transparency, the delegate from Belarus warned that opening meetings to the public posed a threat to security. “What if there were topless ladies screaming from the public gallery throwing bottles of mayonnaise?” the diplomat asked. (Reuters)

Law-Makery
A bill introduced in the Hawaii House would let people change gender on their birth certificates without first having a sex-change operation. “There’s a lot of people out there for whom gender identity and self-expression are fundamental issues,” said Rep. Chris Lee, House Bill 631’s lead author. Debate over the measure centers on whether the new certificates should indicate a change has been made. (Honolulu Star Advertiser) 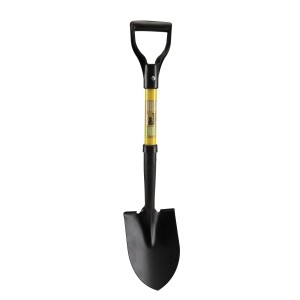 Japan’s 15th annual hole-digging championships awarded 100,000 yen (US$830) to a team from Saitama that dug down 11.4 feet in the allotted 30 minutes. A record 305 teams entered this year’s event, tournament official Ai Okazaki said, adding, “It takes about a week for our staff to gradually refill the holes.” (Agence France-Presse)

Second-Amendment Follies
Authorities accused Stefanie Felicia Stern, 28, of leaving her 3-year-old daughter alone in a liquor store in Deerfield Beach, Fla., while she left to hide a handgun after her boyfriend shot himself in the leg. Her arrest warrant said boyfriend Reginald Leon Lee, 34, got into an argument with another customer and chased him out by waving his gun. While putting the gun back in his waistband, he fumbled, and the weapon accidentally fired. Lee claimed a stranger had shot him, but surveillance video proved otherwise. It showed Stern running out with the gun but without the child. (South Florida Sun Sentinel)

Litigation Nation
The Utah Court of Appeals ruled that Barbara Bagley could sue herself. The case involves the wrongful death of her husband, Bradley Vom Baur, in a car crash near Battle Mountain while she was driving and lost control of the vehicle. As the designated representative of her husband’s estate, Bagley is suing Bagley the driver for negligence. “She has to look out for the estate,” said Reid Tateoka, one of the attorneys representing the widow as plaintiff. Her attorneys as defendant moved to dismiss the lawsuit, arguing, “The jury will be highly confused. It cannot order a person to compensate herself.” (The Salt Lake Tribune)