Curses, Foiled Again
Authorities in Orange County, Calif., identified Franc Cano, 27, and Steven Dean Gordon, 45, as suspected serial killers because the two paroled sex offenders were wearing GPS trackers that placed them at the scene of four murders. “That was one of the investigative tools we used to put the case together,” Anaheim Police Chief Raul Quezada said. (Associated Press)

Protesting Beijing’s choking air pollution, artist Liang Kegang returned from a business trip to France with a glass jar of clean, mountain air, which he auctioned off for 5,250 yuan ($860). The month before, tourism officials in smog-free Guizhou province announced plans to sell canned air as souvenirs. Tourism authorities in Henan province distributed bags of air from a mountain resort in Zhengzhou, the provincial capital, to attract visitors. Finally, recycling tycoon Chen Guangbiao began selling fresh air in cans online for $3 each. (Associated Press)

Unbroken Record
Before his resignation in February, Rep. Robert E. Andrews (D-N.J.) had introduced 646 bills during 23 years in Congress, the most of any lawmaker in that stretch. None became law, however. Andrews, 56, insisted his record actually demonstrates his success at working the system. “You should ask yourself how many of the ideas that were a seed planted in the bill that germinated in a larger bill,” he said, estimating that about 110 of his ideas became law in somebody else’s bills. (The Washington Post) 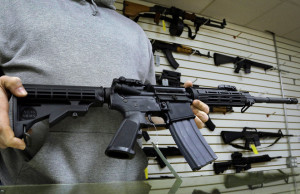 Tourist Judith Fleissig drove around southern Florida for two days before she happened to look in the trunk of her rental car and found an AR-15 assault rifle the previous renter had left behind. Hillsboro Beach police traced the weapon to model Lauren Tannehill, 26, the wife of Miami Dolphins quarterback Ryan Tannehill. Broward sheriff’s official Keyla Concepción explained that Tannehill owned the gun legally and “simply forgot it.” (South Florida Sun Sentinel)

Ewe Be the Judge
Customs veterinarians examining a flock of a thousand rams being shipped from Sudan to Saudi Arabia to be sold noticed one of the sheep assume a female position for urination. They investigated and found more than 70 of them were ewes, whose export is restricted. “The smugglers used fine thread to sew male organs onto the female sheep,” the report said, noting that Sudanese officials seized the entire flock. (BBC News)

Sound Barriers
Organizers of the Australian Grand Prix have threatened legal action against Formula One management because the racecars’ new engines aren’t noisy enough. Besides switching from high-pitched 2.4 liter, V-8 engines to fuel-efficient, 1.6-liter, turbocharged V-6 hybrid power plants, Formula One management introduced an energy recovery system that transforms exhaust fumes into extra engine power but with less noise. Addressing fan criticism of this year’s race, Andrew Westacott, head of the Australian Grand Prix Corporation, explained that the lack of noise has reduced the spectacle of the event by taking away a visceral element of the fan experience. (Business Insider Australia) 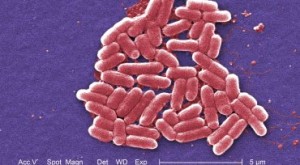 Restaurant menus can have bacteria counts as high as 185,000 per square centimeter, far more than a toilet seat, according to studies cited by Kaivac, an Ohio-based developer of “science-based cleaning systems.” It urged restaurant patrons to “wash their hands or use a hand sanitizer after handling the menu.” (Kaivac press release)

Digging a Deeper Hole
When a sheriff’s deputy arrested Blair Kelli Kaluahine, 36, after complaints he refused to stop groping a restaurant server in Palm Beach County, Fla., the suspect vowed to shoot the deputy. While being driven to the jail, Kaluahine changed tactics, the deputy said, offering him $3,000 and volunteering to paint and pressure-wash his house “if I let him go without charging him.” (Palm Beach Post)

When Guns Are Outlawed
Police accused Jeffrey Willard Wooten, 50, of robbing a Waffle House restaurant in Norcross, Ga., with a pitchfork, which he used to force workers into the back of the restaurant while he grabbed the cash register and ran. “It wouldn’t be an offensive weapon in your garden,” police Chief Warren Summers said, “but it was in a Waffle House.” (Atlanta Journal-Constitution)

Tangled Web
A 30-year-old employee at Japan’s biggest travel agency forgot to order 11 buses for a high school outing, so the day before the trip he wrote a note purporting to be from a student threatening suicide unless the trip was canceled. He gave the note to the principal, who decided to go ahead with the excursion as planned. After no buses arrived the next morning, regulators from the Japan Tourism Agency raided the offices of JTB Corp, which promised to punish the worker. The school, meanwhile, rescheduled its trip with a different agency. (Agence France-Presse)

Sales of gun silencers are booming, according to the Bureau of Alcohol, Tobacco, Firearms and Explosives, which noted the market soared 37 percent in 2013, resulting in a nine-month backlog for ATF approval of registrations. Silencers, which sell for between $750 and $1,300, are just one way gun owners are accessorizing their firearms purchases, according to gun-industry analyst Ben Shim of CRT Capital Group in Stamford, Conn. Other popular add-ons are flashlights, laser scopes, stock, pistol grips and rail systems for attaching even more accessories. (CNN)

Furniture in the News
After a police officer stopped a man who was riding a bicycle with a dining chair strapped to his back in Oklahoma City, a car slammed into the back of his patrol car and then took off. The officer checked that the bicyclist wasn’t injured, then chased the car to a gas station, where the occupants ran away. Authorities caught several juveniles but gave no explanation why the bicyclist had a chair strapped to his back. (Oklahoma City’s KFOR-TV)

On the Record
Planned Parenthood Workers Might Join Union
To Top