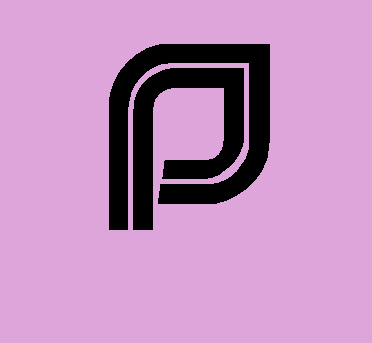 Workers at Planned Parenthood in Syracuse and Rochester say they are feeling disrespected after the merger of their agency with its counterpart in Buffalo, and they are getting ready for a union election that they hope will change things.

“They call it a merger,” says Caitlin McArdle, an education and outreach worker based at the Syracuse office, 1120 E. Genesee St. “We call it a takeover.”

McArdle is one of 44 workers in Syracuse and Rochester who have signed cards asking to be represented by the Communications Workers of America Local 1168. On Aug. 26, the union filed a petition for an election that would open the way to negotiations for a union contract. No date has been set for the vote.

Union organizer Dave Thomas says that between 65 and 70 percent of eligible workers signed cards. On that basis, a union representative met with the agency’s CEO, Karen Nelson, earlier in the summer to ask that Planned Parenthood recognize the bargaining unit and avoid an election. Nelson declined, Thomas said.

Nelson released a statement saying, in part:  “For over 20 years, our staff in the Buffalo area has been unionized, and we have a positive relationship with the union… We understand that our staff serving (Syracuse and Rochester) may be exploring unionizing, as well. We have told the union and our staff that we will not deny them the opportunity to go through the regular process for organizing, and that we look forward to continuing to support our staff to provide top-quality health care and education to as many people as possible across Central and Western New York.”

According to McArdle, the merger suffered from poor communication from the start, and simmering discontent came to a head April 11 at a meeting in Rochester. Staff members were told that they would have to reapply for their positions, a process that she says ended up with many jobs being shuffled, reduced or eliminated.

“There’s been lots of secrecy, and no communication,” says McArdle. “That meeting was the straw that broke the camel’s back.”

“I feel disrespected,” says Shanteashia Harrisel, a Syracuse native and nurse practitioner who has worked at Planned Parenthood for more than 12 years. “There is not equal treatment between Buffalo and the Rochester/Syracuse sites. I felt like we had no choice in the changes.”

Harrisel says that there has been high turnover since the merger, which has led to longer wait times for patients.

“We’ve had two patient-care managers already this year,” adding that one lasted only three weeks.  Harrisel says that she has been pulled away from her patients to serve as interim manager for months at a time.

Harrisel described the April 11 meeting as “horrible” and “awful.”

“All of our positions were suspended, and then we had to bid on a new position. People starting crying, asking if we had been fired. They handed out a packet that said we could apply for our jobs. We had a week to decide. If we did not apply, then they would consider that we had resigned, effective May 31.”

Staff in the Buffalo Planned Parenthood affiliate have been represented by CWA for decades. In spite of that, says the union, Nelson has insisted that if Syracuse and Rochester workers want a union, they’ll have to demonstrate it in a secret ballot, as per the National Labor Relations Act.

Thomas says that the “card check” method of certifying the union could save the agency a lot of time and money rather than holding an election he feels certain the union will win.

Unions prefer so-called “card check” recognition to the lengthy and costly election process, and have campaigned for years for the process to be supported by the National Labor Relations Board. Employers generally oppose card checks, which they say deny workers the opportunity to conduct a secret ballot.

The January merger of the two agencies swelled the workforce of the combined agency to 230 people. The new bargaining unit would include those involved in direct contact with patients, about 64 workers.

Mergers have become a way of life and a survival tactic for Planned Parenthood nationwide. Where once there were as many as 200 affiliates, that number has shrunk to near 70, according to NonProfit Quarterly, which follows the not-for-profit sector. The latest round of consolidation is in part due to changes brought about by the Affordable Care Act. In Texas, Florida, Kentucky, Indiana and other states that have seen mergers, Planned Parenthood officials say, banding together will allow them to trim costs, provide more efficient services and face a political climate hostile to agencies that offer abortion services. The agency for Buffalo, Rochester and Syracuse is sharing some staff with Planned Parenthood of the North Country, leading some to suggest that a further merger is in the works.