A weekly note from Larry Dietrich, our Editor in Chief

The contrast was stark.

My son and I traveled to Providence over the long weekend to see his grandparents. His grandmother has surgery scheduled, and his grandfather planned to use the Uber online ride service to get around. But that requires an iPhone, so Will and I explained the 6 and the 5S and discussed cellphone contracts and upgrades and GPS features.

While we were talking, I received a text message from Werner, who lives just north of Amsterdam. It had a photo of something called a repivoting wheel. Whatever that is. 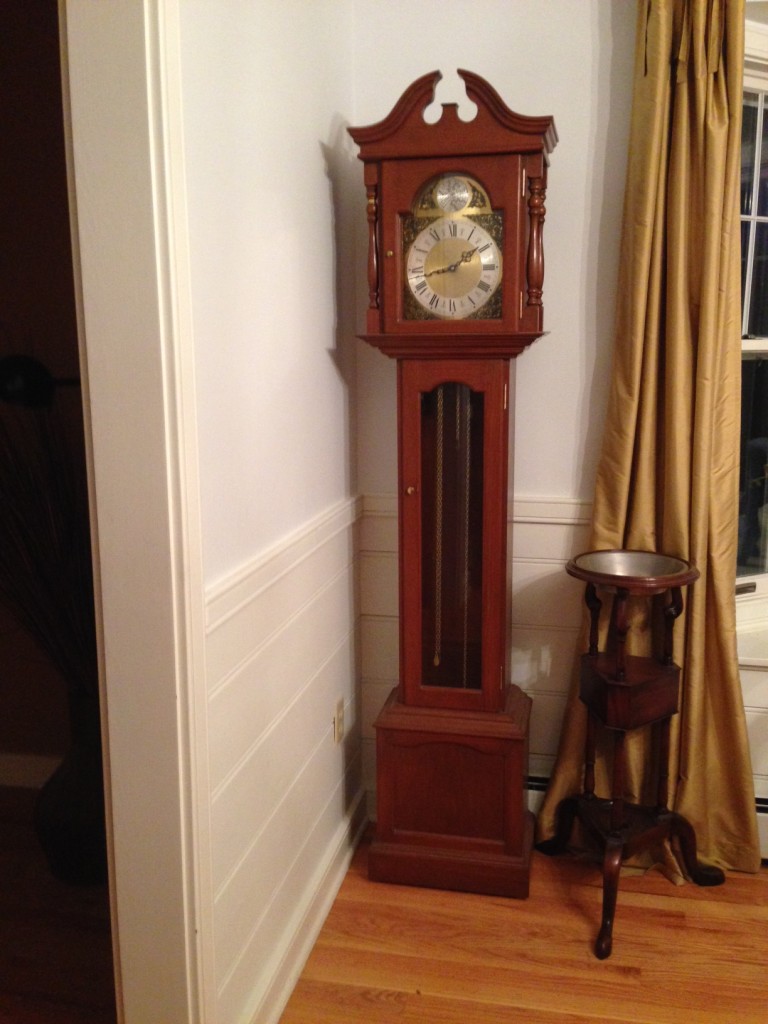 I found Werner a year ago when I went to hang a wall clock I had inherited from my grandfather. It was decades old, and German-made, and it had a quirky gong that I inadvertently fixed when I straightened something bent in the clock innards a few years ago. But as I wound the clock, I heard the unmistakable sound of a torsion spring unspooling.

I figured I needed a skilled clockmaker, so I went online. I found just a few who might have been up to the job. Werner fixed my clock.

My father, who died in July, was an excellent woodworker. In the early 1970s, he was into building clock bodies, including a beautiful grandfather clock. When he left our old house to come where he could get more care, the clock came to me.

But it didn’t work. It sat in my house, silent. It wasn’t until he died that I overcame the inertia to get it fixed … by Werner.

Will and I dropped the works at Werner’s house on our way to Providence. And Werner spent the next two days taking it apart. A chrome-plated shaft worn through? He made a new one. Holes in the brass worn too large? Werner hammered out the brass to close up the holes. 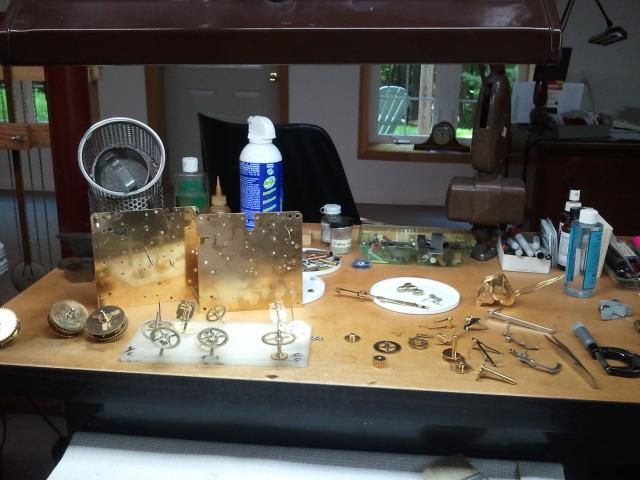 We picked up the repaired, cleaned and reassembled works on our way home. My dad’s clock never sounded so good.

Larry Dietrich is the Editor in Chief of the Syracuse New Times.