Curses, Foiled Again
Jeffrey Wood, 19, announced a robbery at a convenience store in Washington, D.C., where two police detectives were shopping. They were in plain clothes, but one had her badge hanging from her neck. She told the suspect, “Stop playing, I got 17,” referring to the number of bullets in her gun. Wood reportedly replied, “I got 17, too.” He was bluffing, however, and was easily arrested. (The Washington Post) 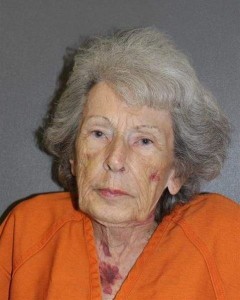 After Charlene and Charles Earle drove to a hospital in Orange City, Fla., for treatment of injuries from a fight at home, sheriff’s deputies described the couple as “mutual combatants.” Charlene Earle is 83, 4 feet 11 inches tall and weighs 88 pounds. Charles Earle is 87. They’ve been married 64 years. They told authorities they didn’t remember the incident or why they were arguing. (The Daytona Beach News-Journal)

When Guns Are Outlawed
Police said Andrew Rak, 28, threatened Will Flanagan, the former mayor of Fall River, Mass., with oversized scissors used at ribbon-cutting ceremonies. Rak reportedly stole the prop scissors from Flanagan’s SUV, along with other items, including a small souvenir baseball bat, which he smashed against the ground outside Flanagan’s apartment while stating he was going to “kill the mayor.” Flanagan, who was ousted from office by a recall election in December, confronted Rak, who said, “I’m going to kill you. You lost the election.” (Fall River’s The Herald News)

Senior Moment
Authorities charged Tewana Sullivan, 50, with murdering her 66-year-old friend by beating her over the head with a slow cooker and tying the cord around her neck. The incident occurred while the two residents of a senior housing complex in Livonia, Mich., argued over “presidential politics,” Sullivan’s lawyer said, and “whatever the controversy is between Democrats and Republicans.” (The Detroit News) 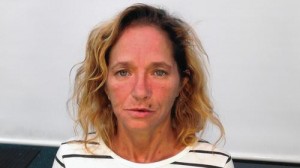 Mitzi Lynn Martinez, 50, admitted setting fire to a tent where two men were sleeping after drinking beer with them at her home in Palm Bay, Fla. She said she gave one of the men $15 to go buy more beer, then got into a “heated argument” with the other one, who left. He met the other man, and they took the beer to their tent. Five hours later, Martinez lit a soft drink container filled with lighter fluid and rolled it down an embankment toward the tent, which burst into flames. Police charged her with attempted murder. (Orlando Sentinel)

Mr. Unlucky
Motorist Michael S. Baumann, 20, hit bicyclist Darryl Isaacs, 50, from behind in Indian Hills, Ky. Witnesses confirmed that Isaacs was signaling a left turn when he was struck and thrown back into the car’s windshield and on to the pavement. Police Chief Kelly Spratt said Isaacs is lucky to be alive. Isaacs is a well-known personal injury attorney who markets himself as the “Heavy Hitter” and the “Kentucky Hammer” for his firm’s success in recovering $500 million in benefits for his clients. (Louisville’s The Courtier-Journal) 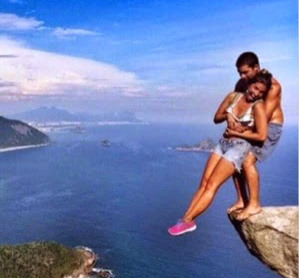 Spanish authorities on the resort island of Ibiza said Dimitrina Dimitrova, 29, was so excited when her boyfriend proposed to her at a scenic spot overlooking the Mediterranean Sea that she began jumping up and down, lost her balance and fell 65 feet to her death. (Britain’s Daily Mail)

Insensitivity Lessons
Philadelphia’s Bryn Mawr College drew criticism after sending overweight students an email advertising a fitness program. Targeted students with “elevated” body mass indexes were identified by information from the school’s health center. Center Director Dr. Kay Kerr apologized “to anyone who has been upset or offended by our communication.” (NBC News)