What do we do to try to diminish our impact on global climate change?

Global warming should have a YouTube account. It should threaten beheadings, claim religious justification for its actions, and recruit a handful of our young ones to its cause. Then maybe we would start to fear it as much as we should.

Well, it worked for ISIS. The latest Middle Eastern terrorist boogey men, now in retreat across Iraq, certainly caught our attention. ISIS has managed to make us willing to expend all manner of national treasure, prestige and energy in the battle to exterminate them. Climate change that threatens our way of life? Not so much. 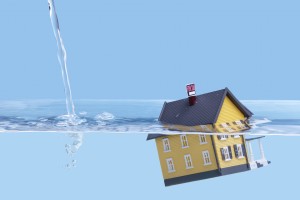 While our behavior inexorably melts the glaciers, swamps our shorelines and multiplies the number of crazy weather events each year, it is the relatively remote but prominently publicized terrorist threat that has been the driving force for so many of our national policies. The terrorists have been able to harness the awesome power of fear, while the environmentalists cling tenaciously to a belief in the power of reason.

If ISIS is Fox News, climate change is CNN. Or C-SPAN. Climate change moves too slowly, the science is too complicated, and there are too many parties too heavily invested in the status quo. It doesn’t help that the face most commonly associated with the cause is Al Gore, who seems too easy a target for mockery.

Even when climate change occasionally rears its head in a nasty way, as was the case with Hurricane Sandy, deniers were quick to dispute the links between our impact on the climate and its revenge upon us.

Think about it: There are no ISIS deniers, are there? In history’s rearview mirror, we will long have forgotten ISIS and Al Qaida, when we are trying to mop up from our failure to know which threats we should truly fear. But we hear no debate about whether ISIS is a threat.

What do we do to try to diminish our impact on global climate change? We shout up the stairs for the kids to turn out the lights, which is the modern equivalent of telling kids to clean their plates because children are starving in Africa. We recycle. We insulate.

One weekend a year we strap on rubber gloves and stalk the shoulders of our highways filling plastic bags with crap that passing drivers have carelessly thrown out their windows. Spring cleanups are great for building community, but they only remedy the actions of bad neighbors, not the mega damage we’ve done to our planet’s atmosphere.

Our newbie in Congress, John Katko, has made a high priority of fighting the terrorist threat. He is on a task force Congress created to keep us safe from the threat of homegrown fighters. All well and good. On his website, Katko has a list of 12 issues. Climate change is not one of them.
President Obama, in his 2015 State of the Union address, finally decided to level with us, calling climate change (not terrorism) “the greatest threat to future generations.” Note that Obama’s epiphany came after his party’s last electoral contest on his watch.

Climate change is a real threat. But we don’t get warned about it, don’t get asked to stay up all night and fret about it. No one gets frisked on their way out of Walmart to determine the carbon footprint of their purchases.

There’s no percentage in it for a politician, because the problem is us. No politician wants to face telling us the truth about our consumption and our propensity for waste. If you take an issue like a tax on carbon, even a revenue-neutral version that would distribute the proceeds to the people, there isn’t even a discussion.

The operative response from the vast majority of Republicans is to reject environmental concerns as job killers and denounce regulation as assaults on freedom. We need to remind them how tough it will be to find work and celebrate freedom when our coastline is submerged.