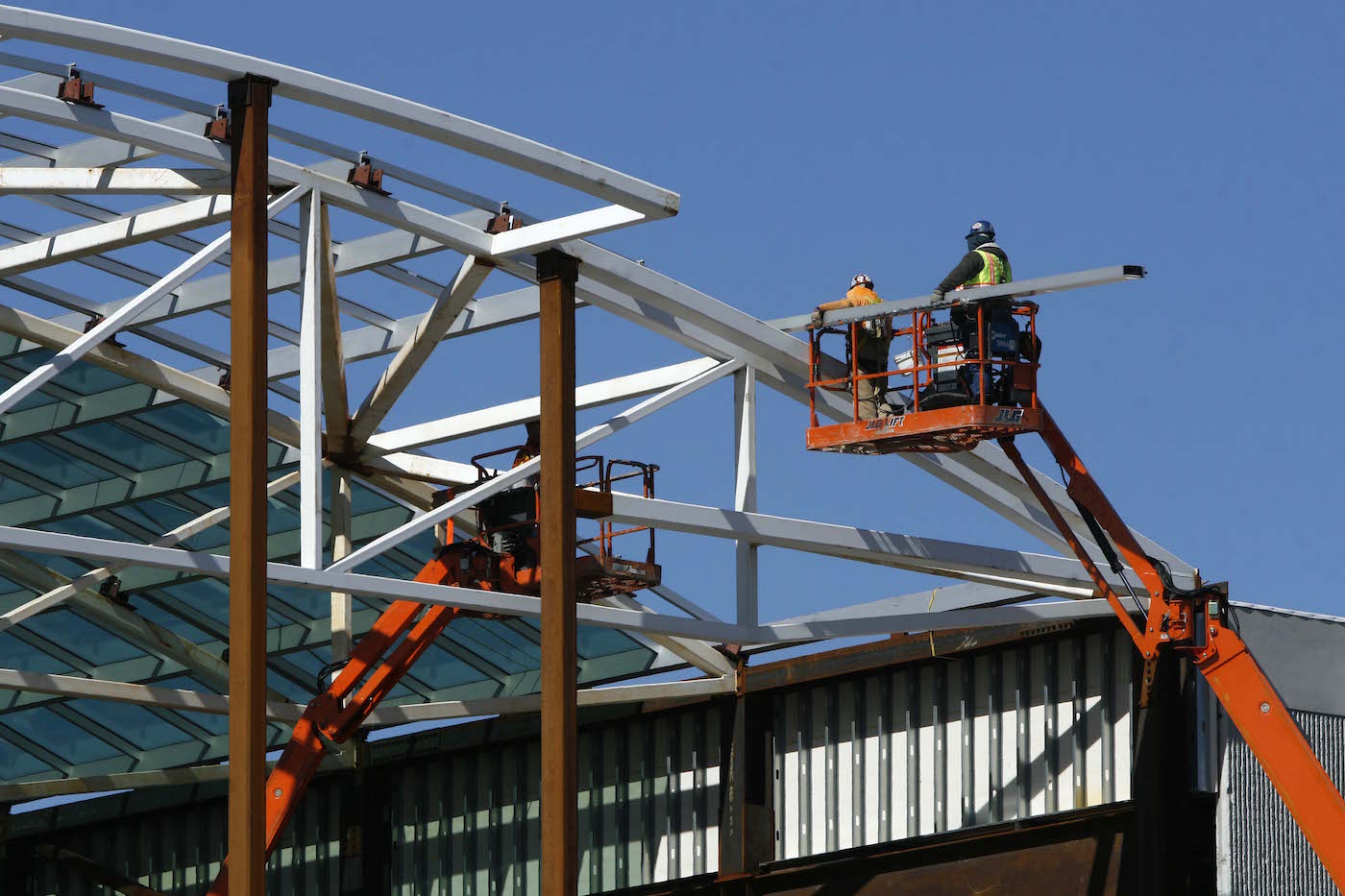 Dwelling and relying on past prosperity will be New York state’s downfall.

Despite the polarization and divisive policies that we see day to day between the Republican and Democratic presidential candidates, there is one common ground they have found throughout the campaign — especially in New York. They have promised to bring manufacturing jobs back.

New York lost 294,500 manufacturing jobs between 2000 and 2010. While there’s been some recovery since then, it’s not a new problem. The state has seen a 75 percent decline in manufacturing jobs since 1979. Small cities like Syracuse, Rochester and Binghamton that once gave birth to company giants like Kodak, IBM and Xerox have become crumbling cities of the Rust Belt. Bustling factories that once employed thousands have turned into empty lots.

Yet the presidential hopefuls believe they can wave a magic wand and bring manufacturing jobs back and then think it will stimulate the economy. Hillary Clinton has been piggy-backing on her Senate job creation promise with her “Make it in America” initiative. Donald Trump has criticized trade deals for the job loss, saying “Don’t leave Rochester! I’m telling you, I will bring it back so fast.”

It’s no mistake. Manufacturing made New York stand out once upon a time. Gov. Andrew Cuomo in 2014 called it “Silicon Valley before there was a Silicon Valley.” But that was a different time. Just as Kodak failed to grasp digital camera technology and held onto its film-based business model, New York held on too long to what it was good at instead of what it needed.

It would seem the quick fix is to bring the manufacturers back. It isn’t that simple.

First of all, factories aren’t hiring the numbers they used to. In 1980, according the Bureau of Labor Statistics, the average manufacturing factory had 61 employees. By 2014, the average had dropped to 36. There are still places that employ thousands of workers, but a lot of those jobs have been outsourced to foreign shores due to globalization.

But the jobs that are still here don’t reflect the nostalgic images we picture when thinking of the industry in the 20th century. While the factories of the past spurred a large middle class with a more than livable wage, the average job in the industry, adjusted for inflation, now pays less than it did in the mid-1970s. Revitalizing manufacturing would boost employment levels, but not to the extent it did before.

Not only are the jobs not there, but those who would take the jobs if whisked back to New York aren’t there either. At the industry’s peak in the early 1980s, nearly half of manufacturing workers were Baby Boomers — about the same percentage that generation represented in the overall labor force. Now that the youngest of the Baby Boomers are 50 years old or older, younger generations are accounting for more.

Nowadays, it is much harder to get by without a college degree. Thirty-five years ago, nearly three-quarters of manufacturing workers had only a high school degree, and almost a third hadn’t graduated from high school. By 2014, more than half the employees in factory jobs had some amount of post-secondary schooling. This means manufacturing can’t be a strong provider for entry-level jobs like it once was.

Furthermore, young workers are less likely to go into the manufacturing circuit. More of them are attending college than any other generation, and only 22 percent of millennials currently hold jobs in manufacturing. And many of them aren’t sticking around New York either. About 20 percent of those who moved out of the state in 2015 were between the ages of 18 and 34.

Add in the fact that a lot of the brute human labor that used to cover factory floors has been replaced with automation and computers — which has created a manufacturing decline worldwide. The results from forcing it back to the state would hardly match the efforts.

So what made New York a manufacturing metropolis in the first place? Its ability to look ahead. The state took advantage of its location and resources and used them to create products people needed and would need for a long time. That innovation led to IBM, Kodak and Xerox. And it can again. And it already is.

Solar power is in its youth, but will likely grow into a massive generator of energy in the coming decades. It’s why North America’s biggest solar panel factory for the SolarCity company is being built in Buffalo. Why there? Location. Buffalo ranked fourth among U.S. cities with the highest potential to meet its electricity demand with rooftop solar systems.

It’s why Rochester will soon be home to a Photonics Manufacturing Institute, laying groundwork for how light can be used to produce energy. It’s why Utica is getting a computer chip plant and a power electronics research facility. It’s why some are eyeing the state’s water supply and the possibility that the state could become a primary provider of fresh water that businesses everywhere require.

Essentially, it isn’t manufacturing itself that’s changing, but what’s being made and how. It’s easy to look back and see what worked before. But that doesn’t mean it still does.

New York is at a cross roads between what it has been and what it will be. If the wrong one is picked, it will continue to suffocate an already dying economy. If the right one is picked, the state has a chance to reinvent itself and remind its citizens of what a leader and opportune place it can be.

Behind the Scenes: ‘Ken Ludwig’s Baskerville A Sherlock Holmes Mystery’ at Syracuse Stage
‘Game of Thrones” Shocking Reveal Wasn’t All That Shocking
To Top