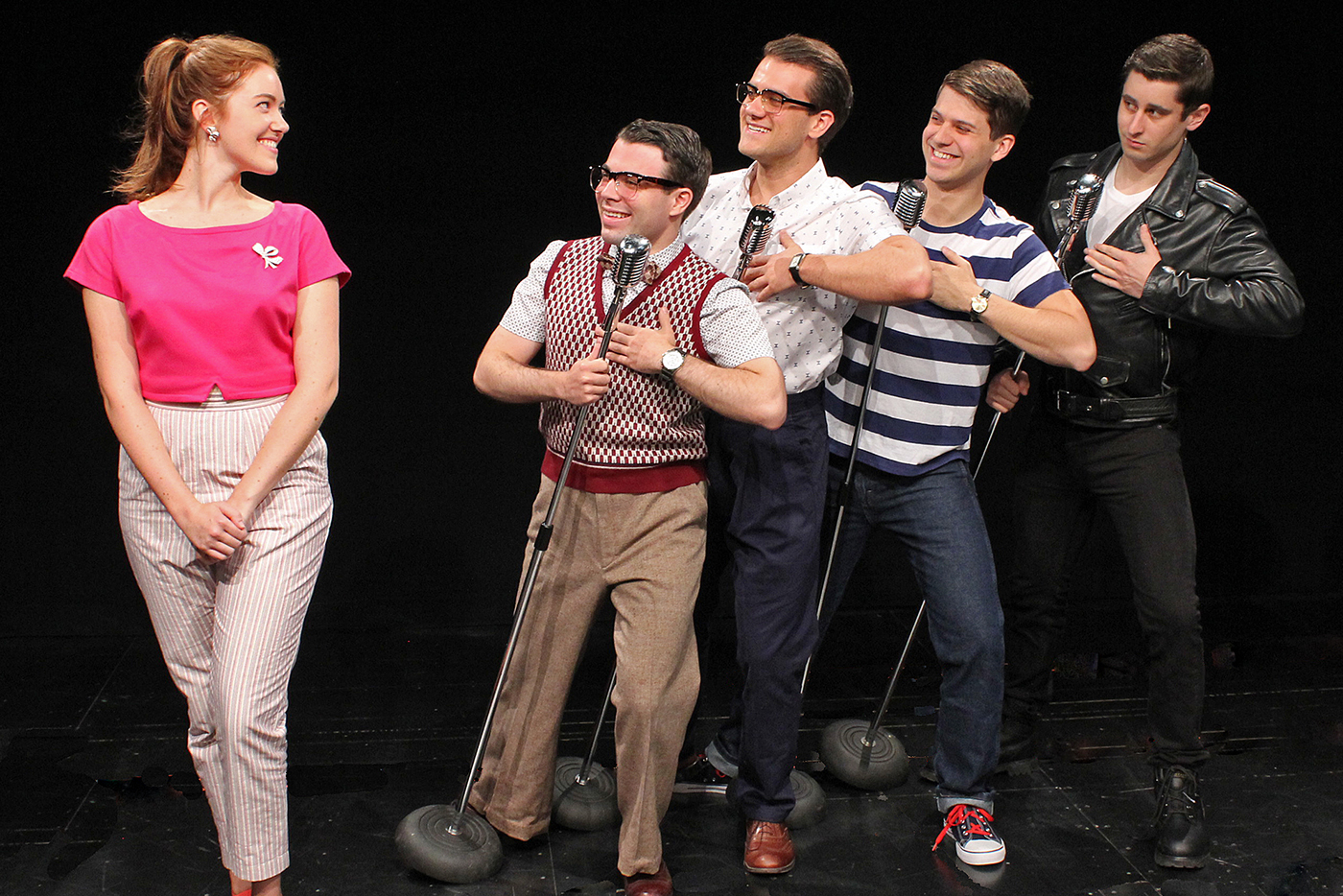 As the days grow shorter, summer theater companies roll out titles many audiences may not know. Two are making area premieres but both have familiar contents.

Over at Auburn’s Merry-Go-Round Playhouse through Sept. 16, the musical version of Ghost, which ran only 136 performances in 2012, adapts the 1990 movie, one of the all-time popular romantic flicks, and still a hot property on Netflix. For Cortland Repertory Theatre’s season closer, running through Sept. 16, Roger Bean, the master of nostalgia jukebox musicals (The Andrews Brothers), reappears with Life Could Be a Dream, with mostly doo-wop hits from the 1950s. Curiously, Alex North and Hy Zaret’s “Unchained Melody” is featured prominently in both shows.

Bruce Joel Rubin, who scripted the Patrick Swayze-Demi Moore movie, also adapted the stage version, which originally appeared in the United Kingdom at the Nottingham Opera House. The two composers, Dave Stewart, much associated with Annie Lennox of the Eurythmics, and Glenn Ballard, Grammy-winner for “Believe,” had never written a stage show before. Maybe that’s why the hyper-plaintive “Unchained Melody,” borrowed from the 1990 movie (and the forgotten 1955 B-movie Unchained before that), is the most memorable number in the show.

Still, Merry-Go-Round’s current production of Ghost: The Musical yields many rewards, some of them unexpected. Much as the main plot is well served by attractive, emotive leads, including girlfriend Molly (Sarah Ellis), the deceased Sam (Derek Carley) and even the shifty best friend Carl (Ben Maters), the reluctant African-American storefront psychic Oda Mae Brown (Allyson Kaye Daniel) steals every scene she’s in. In the movie, of course, it was Whoopi Goldberg in this role, and she copped an Academy Award. Daniel never mimics Goldberg and creates a masterwork of sass and attitude. 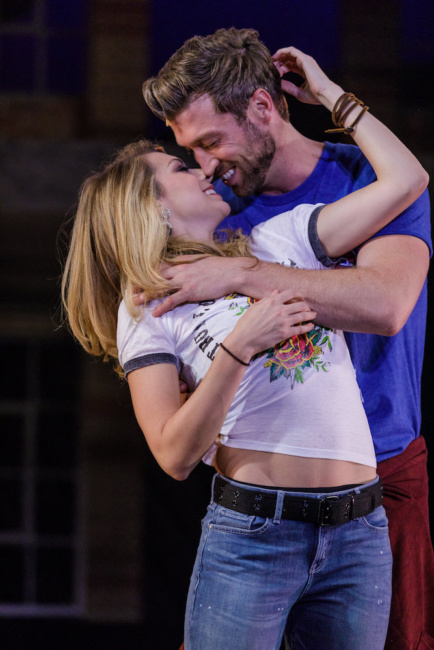 Musically, this provokes a cultural dialogue in which the black music, some featuring Oda’s Supremes-like assistants Clara (Aurelia Michael) and Louise (Denielle Marie Gray), consistently get the upper hand with numbers like “Are You a Believer?” and “I’m Outta Here.”

A second musical surprise is an ironic, almost Noel Coward-like “You Gotta Let Go Now,” by the charming, white-suited Hospital Ghost (Eric Jon Mahlum). The song also smooths out the segue from Sam’s violent death to passages of laugh-out-loud comedy. Director Stephen Brotebeck, a movement specialist on Broadway, makes the song an act of mime.

Like so many stage plays based on movies, Ghost calls for about 50 scene changes in two hours. The skills of scenic designer Czerton Lim and lighting designer Dan Ozminkowski produce a magic show worthy of applause even without a single musical number.

Life Could Be a Dream interacts with two earlier shows. It takes place in the mythical small town of Springfield, venue of The Marvelous Wonderettes, Roger Bean’s hit at Cortland Rep last summer. As it is taking place at the end of 1959, it mines some of the same musical veins as the once-ubiquitous Forever Plaid, but comes up with different nuggets. Clothing signals the difference: Forever Plaid features tartan blazers, while Life Could Be a Dream fetishizes the black leather jacket. If Forever Plaid commemorates the music of Richie Cunningham’s era, Dream revives all of Fonzie’s hits, like “Get a Job” and “Earth Angel.”

Adam Crinson’s gloriously tacky set, a paneled basement rec room with bowling trophies and red plastic bar stools, sets the tone. The 1950s, even more than the 1970s, were a decade taste forgot.

Two dateless teenage boys, regular-guy Denny (Owen Beans) and his comic foil pal Eugene (Patrick Brady), listen to local AM station WOPR (“Whopper”) and aspire to performing greatness. Denny’s offstage mother continually nags him through an intercom to get serious and quit wasting his time. (The actress playing the mother speaks in a Bronxy accent and is never named.) Then Wally (Chris Withers) shows up wearing a white paper cap with a fast-food order. Distinguishing him from the other two, Wally also sings in a choir and often brings up devotional music.

Together they are a trio and begin with “Sh-Boom,” the ultimate doo-wop tune, with one lyric from the song providing the show’s title. Cultural historians, who really have worked on this, tell us that doo-wop originated in black America but was shorn of those roots as the music made it into the suburbs. It is characterized by group harmony, a wide range of vocal parts, a simple beat, and nonsense syllables, like “Doo-Wah,” or “Rama Lama Ding Dong,” the show’s finale.

The trio becomes a quartet when they are joined by tall, hunkish Skip (Corbin Williams), a grease monkey from the wrong side of the tracks who introduces the black leather jacket. And Skip is enamored with tall, gorgeous redhead Lois (Sarah Treanor), who wears A-line skirts with lots of crinolines.

Director-choreographer Matthew Couvillon puts all five players through those dance routines that drew audiences to Dick Clark’s American Bandstand. Life Could Be a Dream is a fun, tuneful way to cap the Cortland Repertory season.