“Geeks and Gadgets” will premier on March 5

On Tuesday, this column presented a story about a local IT firm, Venturetechnica, launching a new podcasting station here in Syracuse, NY as an effort to become “the podcasting center of the world,” according to CEO Matthew Masur.

Along with my editors, I have been analyzing the format of the bi-weekly tech section in an effort to invigorate our tech coverage. Tuesday’s feature story, generally focusing on local tech startups or events will remain in place. I look forward to covering more of these stories in an effort to inspire people to become aware of all the great things going on in the technology and innovation sectors in Central New York.

Our Thursday spot, however – a “Tech RoundUp” or world tech news – will go through a change. 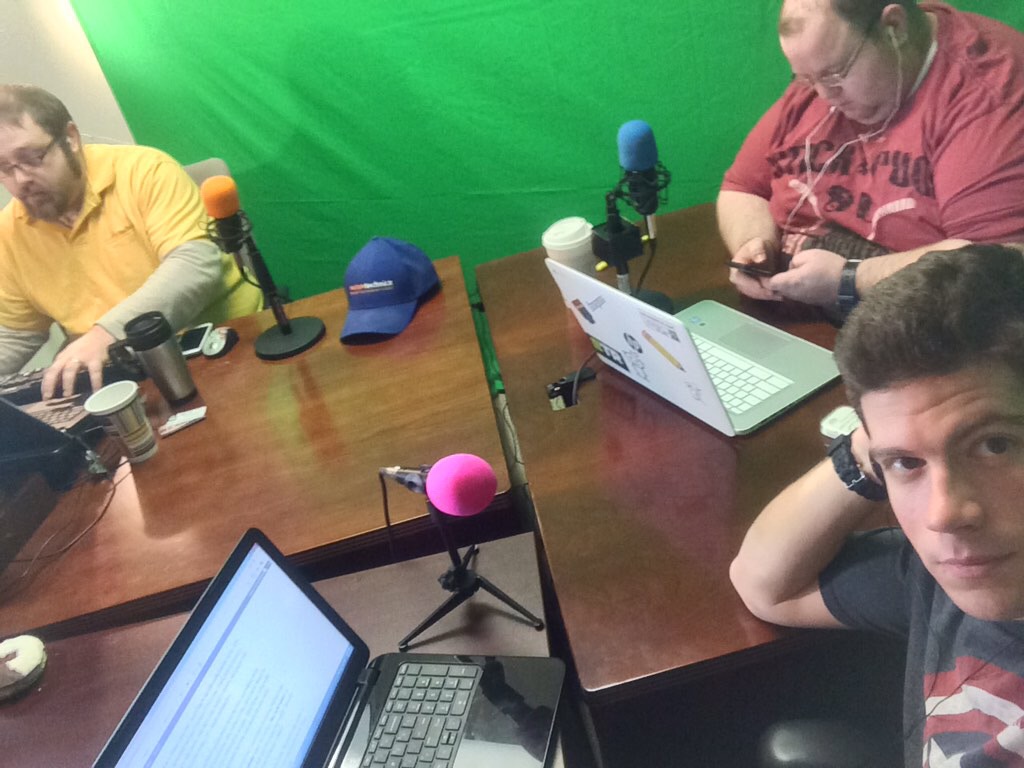 We are going to be launching an original podcast show, sponsored by Venturetechnica. Matthew Masur has opened his doors for our content production and is eager to help produce this podcast with Syracuse New Times.

To assist in producing this audio/video podcast, I have enlisted the help of a friend and colleague in the local tech world, tech expert and resident geek, Ben Ingber, of UrbanGeekCNY.com. Read more about Urban Geek HERE.

Together, Ingber and I are putting together a weekly program that will featuring a wide variety of discussions not only about technology, but also “geek” culture, including comic books, TV shows, and games; while still bringing up the good, bad, and ugly in terms of tech gismos and gadgets.

Both Ingber and I have participated in two live shows on “Matt’s Modern World,” Masur’s podcast show from Venturetechnica, as a prelude to our own podcast show.

We are coming together to more effectively generate quality content and ‘putting our money where our mouth is,’ by embracing this rising technological media trend.

The show will launch on March 5 and follow a weekly schedule every Thursday, when it will be published on the New Times website. The title of the show is “Geeks and Gadgets.”

The show’s format is still in development but will include discussions on geek and tech subjects, a monthly visit from Tony Kershaw, Innovation Specialist at the Syracuse Technology Garden; other guest speakers; listener generated questions and answers; and a perhaps a few other surprises as the show matures.

We look forward to hearing from you for your feedback and ideas.

As a foretaste of what we are putting together, here is the recording of a special live broadcast of “Matt’s Modern World,” Episode 2, recorded Tuesday, January 13 on “Podcasting and New Media,” with Matt Masur, Ben Ingber, and Joe Cunningham.

Podcasting is a form of online media that consists of audio, and sometimes video broadcasting of content similar to that of a radio show. The term “podcast” originated in 2004: Ben Hammersley of The Guardian coined the phrase when talking about radio-like broadcast programs available to download on an iPod, debuted by Steve Jobs in 2001. MP3 audio players had been available since the mid-90’s, but Jobs’s device was intended to surpass the “crappy stuff” out there.

“Audio-blogging” had been a trend since the 80’s, using early version of the World Wide Web for research and education when the internet was limited to those usages. During the dot-com boom and iPod explosion, podcasting grew exponentially, with a 105% growth from 2006 to 2012. In the year 2013, over one billion downloads were retrieved from millions of online shows.

Podcasting uses technology called “podcatching.” Basically, a user subscribes to a particular show, such as Kevin Smith’s (Clerks, Mallrats) “Smodcast” which discusses superheroes and other fun topics, and as shows are uploaded to the server, users’ devices automatically download them for consumption. The protocol works like a Netflix or On Demand cable service: providing the listener with content whenever they would like to consume it as opposed to a certain broadcast time.

With a growing number of smartphone users and access to the internet, podcasting is inexpensive to produce and easy to access. A popular podcast show, “Serial,” a look back at a true crime story, ranked #1 on iTunes for seven weeks with an unprecedented five million downloads, and counting.

(Also stream these podcasts for free on iTunes.)