Venturetechnica is the brainchild of CEO Matthew Masur

Venturetechnica is the brainchild of CEO Matthew Masur, a lifelong computer whiz that turned his smarts into dollar signs by providing businesses with a myriad of technology solutions. Masur sees the investment in the trending AV recording technology as a marketing and entertainment medium with unlimited potential. 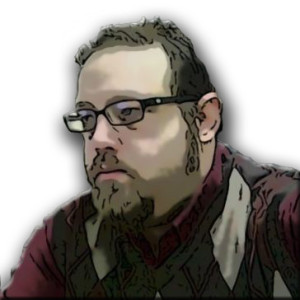 “Podcasting has been an amazing online marketing tool for some time now but with the explosive growth of national shows like NPR’s ‘Serial,’ ‘The Joe Rogan Experience’ or any of the 20+ sports podcasts put out by ESPN,” said Masur, “It’s really come in to the mainstream. We are excited to have built the infrastructure for people to come in and create their own amazing podcasts to share with the world.”

And he isn’t joking.

The Wall Street Journal reported back in September that podcast subscriptions over the past year totaled over one billion. Podcasters themselves are making a small fortune from advertisers and iTunes subscriptions. Now that almost everyone has a mobile phone, podcasting is easy to access; fills the 3-hour commute and the “I’m sick of Pandora at my desk” many Americans face; and is simple to produce, compared to a six-figure TV show budget.

Podcasting is an advertiser’s dream come true. According to an Edison Research survey, 40% of podcast listeners earn a household income of at least $75k a year. Think about it: podcast listeners are usually listening to talk shows, talk shows take brains to follow, and people with brains tend to find ways to make more money. It’s simple mathematics.

Venturetechnica’s Thursday show included special guests from the local area talking about business, technology, local events, and world news. (Recordings of the show can be found on MattMasur.com.) The all-day broadcast was followed by an open “After Hours” event with refreshments and friends who came to congratulate the team and admire the new studio.

Broadcasting talent included several Syracuse New Times contributors including Michael John Heagerty of NOexcuses, who presents the #Takeatour videos on Fridays; this tech writer; as well as the UrbanGeekCNY, Benjamin Ingber, who will soon be joining my weekly Thursday tech column as a podcaster in a show sponsored by Venturetechnica’s studios.

Masur’s move comes as a conscious act to make Central New York “the podcasting center of the world.” He is opening the broadcast studio up to ideas for new and unique shows from artists, journalists, and business professionals from all walks of life. 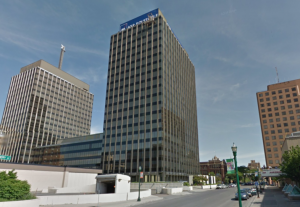 From renowned film director Kevin Smith (Clerks, Mallrats) to TV’s oddly popular Snooki (Jersey Shore) to the new, unknown rising stars that appear every day, podcasting is making a strong comeback from its earliest 1st generation iPod days and is picking up momentum. The again-trending tech has proven to be a strong, cost-effective mouthpiece for businesses and personalities. By bringing podcasting in the local area with an “open mic,” Masur is adding a new alcove to the Acropolis in the digital world, with its physical arm stemming from Downtown Syracuse.

“This is just the beginning,” said Norm Pattiz, CEO of PodcastOne, a popular channel that features celebrities. With listeners more on-the-go and wanting more options than traditional 10-station, repeat music radio, “the times they are a changing.”

“What Netflix did for video is what podcasts are doing for radio today,” said Pattiz, speaking in the wake of over a thousand empty Blockbuster stores.

“We’re all very excited to have the new podcasting station here,” said Morgan Jenkins, Client Care Manager at Venturetechnica, “A lot of enthusiasm has been coming in from local businesses and community residents and we’re excited to see where it goes.”

Several exciting shows produced by locals are already in the line-up for the new local station. Tune in via JoinEventLive.com or TuneIn online radio (by searching “joineventlive”) and by following @Venturetechnica on Twitter for broadcast updates. You can also contact Masur with your own show ideas at [email protected].