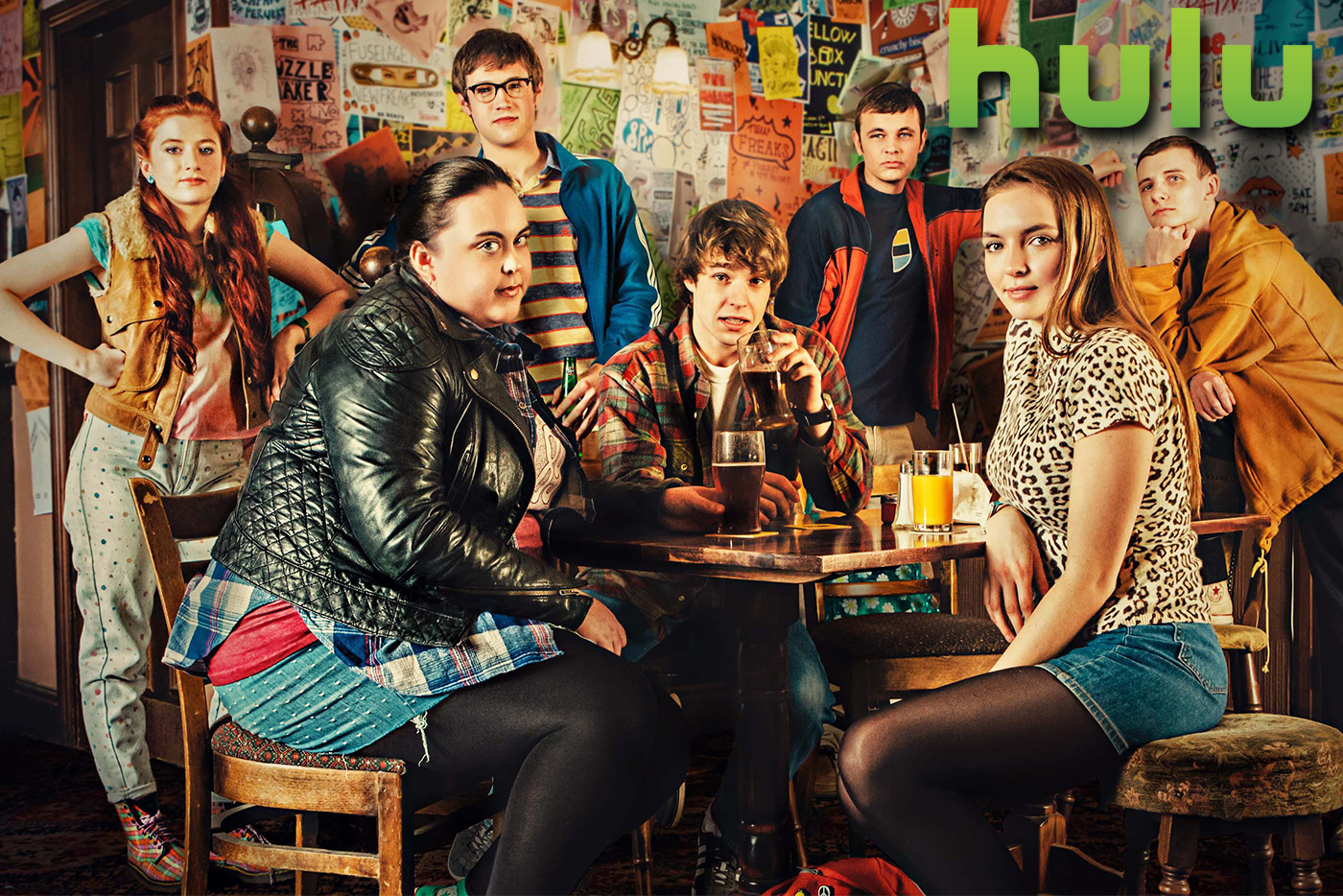 British teen comedy-drama “My Mad Fat Diary” can now be seen in its entirety on Hulu.

The explosion of content over the two decades has brought us countless tales of growing up. Many are funny, nostalgia-driven stories of social awkwardness and hormonal change. Others remind us what it was like to experience a first love, and first heartbreak.

But occasionally, these shows are truly enlightening windows into the albatrosses that plague adolescence. My So-Called Life, Freaks and Geeks, and Degrassi are among those that did a spectacular job taking us inside the hearts and minds of real teenagers. Now, Hulu’s most recent acquisition, My Mad Fat Diary, is My So-Called Life for a new generation.

My Mad Fat Diary follows Rachel “Rae” Earl, an overweight 16-year-old trying to find herself in the fog of mental illness. The series is based on the autobiographical My Mad Fat Teenage Diary by Rae Earl. It premiered in 2013 and ran for three short seasons on Britain’s E4 channel, ending in July 2015.

In the pilot, we find Rae on her first day of “freedom” after four months in a mental hospital. It will be a few episodes before we learn exactly what landed her there, but it is clear that she disappeared with little warning. Her mother, Linda (a flawed woman with a questionable approach to sexuality and relationships), told Rae’s best friend that Rae was away in France. This lie is the first glimpse of the world Rae is returning to: A world of silence and shame about her weight and mental health.

To help her adjust to normal life, Rae’s therapist asks her to start a diary. She introduces herself to us, her silent witnesses, with the sort of self-effacing line that becomes familiar as the series progresses: “I’m 16, I weigh 16 and a half stone [about 224 pounds], and I live in Lincolnshire.” All she wants, she tells us, is to find someone to “quench my ever-growing horn.”

Throughout the episode, Rae begins to voice her deepest insecurities — only to us, never out loud. With this young woman as our likeable, relatable proxy, we begin to see life through the eyes of an overweight teenager. Will the sandy-haired, bespectacled guitar god, Archie, ask her out? Do her friends actually want her around, or do they just feel bad for her? What happens when someone cares about you but doesn’t understand you? What do you say when your friend’s gentle prodding to stop “sitting on the sidelines” stings like a hot poker, driving you further into the place between shame and fear? What would happen if you just decided to be yourself? Would anyone actually like you?

As we watch Rae cope, it would be easy to feel a sense of removed pity. Instead, Scottish comedic actress Sharon Rooney — with her Bette Davis eyes, button nose and charming smile — elicits empathy. Rooney’s remarkable performance earned her recognition by BAFTA (British Academy of Film and Television Arts), as one of its first class of “Breakthrough Brits.”

Around the time of the series premiere in 2013, Rooney told the Radio Times that she had struggled to find work because there were no roles written for someone who looked like her. “It would be so nice to see, not necessarily just bigger people, but normal-looking people,” she said. It’s a familiar call these days, echoed in 2015 by Viola Davis in her now famous Emmy speech: “The only thing that separates women of color from anyone else is opportunity. You cannot win an Emmy for roles that are simply not there.” (Indeed, for all its progressiveness, one thing My Mad Fat Diary is missing is people of color.)

My Mad Fat Diary is full of “normal-looking” (if overwhelmingly white) people, each with their own “normal” problems. Rae’s friends have their own crosses to bear, including eating disorders, coming out, pregnancy and drugs. These British teens are as easy to love as the beloved characters on Skins. Sadly, there are fewer episodes to love them through. This is not a series to binge; savor it. Believe me, you won’t want it to end.

All 16 episodes of My Mad Fat Diary are now streaming on Hulu Plus. When you’re done, all seven seasons of Skins (the British version, which is ten times better than the American reboot) are available to stream on Netflix.

Italian Carrot Cake
The Curse of Cinematic Universes, How ‘Star Wars’ Can Avoid It
To Top