This great race is an annual rite of spring in Syracuse.

A few weeks back I picked up the phone and got an earful from a friend, an African-American community leader on the South Side. He wanted to let me know about complaints from South Side neighbors about the Mountain Goat training runs. I directed his call to the other Ed Griffin, (see below) who, as I frequently tell people, is not me.

This great race is an annual rite of spring in Syracuse. It gives a lot of us reason to shake the last bit of winter from our bones. Just as those snowdrops pop up on the edge of the lawn where we’d forgotten they lived, the road race brings into the sunlight issues that get forgotten most of the year. I’m not talking potholes. The Mountain Goat race brings thousands of runners downtown for a series of training runs as well as the big race, which is this Sunday.

Truth is that when the pack breaks from downtown, most of the runners will be going through South Side and West Side neighborhoods that they would not frequent on their own and are not familiar with. Along the miles leading up to Strathmore, and when we drop down from Onondaga Park and cross over into Kirk Park and continue on to Salina, and up Colvin, there is an undeniable line that divides most of the field from the lives of the people whose homes we run past. It is as if on this one day the enormous distance between rich and poor, between black and white, between city and suburb, is reduced from miles to mere yards, for just a couple of hours.

You could get a degree in urban sociology just by walking that course and observing how quickly the neighborhoods change, block by block, hill after hill, step by step. It’s a great moment.

And then everyone goes back to their separate lives. We don’t bridge the gap. Some experience it, feel overwhelmed, conflicted. Others choose to ignore it.

Some runners can be heard making thinly veiled comments that show that mostly what they feel about poor neighborhoods is fear. Residents talk about the closed streets and packs of mostly white strangers running through their neighborhoods with an edge that suggests that what they are feeling is more than resentment at a temporary inconvenience.

It’s not about the race. It’s about the increasingly divided society we’ve become, where rich and poor live cheek to jowl and rarely come into meaningful contact.

It’s not about the race. I know for a fact that the Mountain Goat organizers have done a lot to reach out to the community to let them know when the runs will be taking place. The training runs and the race are organized to keep road closures to a minimum. On race day, neighborhood volunteers staff water stops and earn a stipend for their teams and neighborhood organizations. And the crowds on porches and street corners cheering on the runners include a lot of neighborhood people enjoying the spectacle.

But I also know from running and working on those streets, that there is still a quota of resentment from residents. It’s palpable along the route, and it goes way beyond what even the greatest event can bridge.

The Mountain Goat is a great event. The chafing that it provokes is a reminder of the widening divisions that exist between city and suburb, between black and white residents of our community. What we do about that is up to each of us – but those are facts we can’t run from. 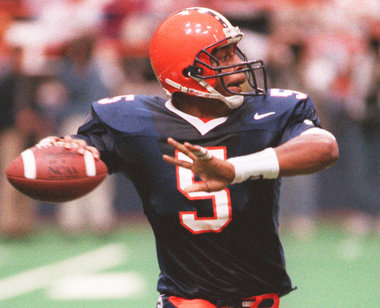 Watching the Syracuse University football players modeling their sleek new 21st century uniforms last week made me laugh. Not because the outfits were funny, but because they brought to mind an old Seinfeld stand-up routine poking fun at sports fans and uniforms.

In 1995, Seinfeld was the number one TV show in the nation. Fans settling in on Thursday night Jan. 19, 1995, saw an episode that opened, as most of them did, with Jerry on stage holding a microphone.

“Loyalty to any one sports team,” said the young comedian, “is pretty hard to justify. The players are always changing, the team can move to another city. You’re actually rooting for the clothes, when you get right down to it. You are standing and cheering and yelling for your clothes to beat the clothes from another city.”

When Seinfeld stepped to the mic, the Syracuse University football team, then known as the Orangemen, had just completed a respectable 7-4 season, a campaign that ended without a bowl-game bid. Donovan McNabb was on campus, but didn’t wear a uniform that year. The man who would rewrite the SU record book for passers sat out the year, wore no blue and orange, but only a red shirt, the standard garb for a player who practices with the team but does not compete in games.

The next year, McNabb traded the red shirt for blue and orange, and led his team through a 9-3 campaign that culminated  Jan. 1, 1996, with a 41-0 trouncing of Clemson in the Gator Bowl . Does anyone who watched that game remember today what the team’s uniforms looked like that day? Does anyone care?

The number of miles on the full Mountain Goat course.

The elevation gain on the course, in feet.

The prize money awarded to the first male and the first female runner to cross the finish line on Salina Street.

I am not the Ed Griffin who runs the Mountain Goat. Well, actually, I do run the Mountain Goat, but I don’t run the Mountain Goat. The guy who has organized that race for the past decade and overseen its growth into one of Syracuse’s signature amateur athletic events, is Ed Griffin, the owner of Fleet Feet Sports. We are both skinny white guys in our 50s married to women named Ellen. The other Ed and I are both runners, both fathers, we both drive Camrys, he writes a blog, I write a column. You can see why it gets confusing, and amusing. I don’t run the Goat, I just trudge along the 10-mile race and call it a day. The other Ed handles the headaches and joys of moving thousands of runners through the streets of Syracuse. On race day, I have by far the easier job. 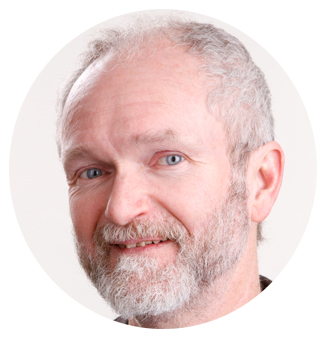