A PATH FORWARD FOR SYRACUSE 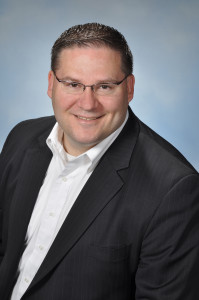 Is it really news that the City of Syracuse is in dire financial distress?  We hear about the woes of our city seemingly daily from Mayor (Stephanie) Miner as she explains why roads cannot get paved and pipes cannot get upgraded.

Although the financial problems are not a surprise, the lack of leadership coming from City Hall is surprising. In the city, panhandling is an issue being addressed in Armory Square and along Interstate 690 off-ramps, but the worst offender seems to be the mayor around City Hall. Like a panhandler, the mayor seeks short-term fixes with infusion of money, but what is her plan to solve the underlying problems?

As a business person, I cannot simply put my hand out and ask for money. Instead,  I need to research and write a plan of action for the money.  I must show how the money will work to improve the long-term problems.

We can do better, Mrs. Mayor. The citizens of Syracuse deserve better. We need leadership from City Hall that is working with all of our partners from county, state and federal governments as well as our private-sector partners to develop comprehensive plans that will not only repair our infrastructure in the short term but will allow city streets and pipes to be maintained long into the future at a sustainable cost.

Onondaga County Executive Joanie Mahoney and the county legislature have shown that good planning and advocacy for sustainable financial models work to cut the cost of government and improve the efficiency of services to taxpayers.  Even our long-dysfunctional state government in Albany has begun to gain control of our out-of-control spending, thanks to leadership and planning from the governor and our own Sens. (John) DeFrancisco and (David) Valesky.

In recent years, the county and region have shown a propensity to build real solutions through innovation, cooperation, strategic initiatives and sound financial planning. All of this while City Hall continues to beg for money for bailouts and short-term fixes. I know there are many of us in the city that are ready for real solutions and are hungry for a plan that we can rally behind. Mayor Miner, let’s work to build a legacy for a new, sustainable Syracuse poised for vibrancy and growth and built on a foundation of solid infrastructure and financial stability.

Bob Andrews, of Syracuse, is chairman of the Republican Committee in Syracuse and a former Onondaga County legislator.

A BIG FINISH IN A START WITH BEETHOVEN’S NINTH 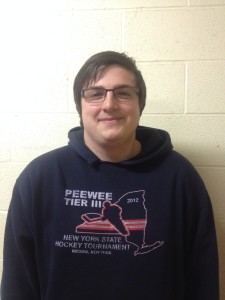 Editor’s note: The writer attended the Symphoria performance Saturday with his father. These are his impressions of his first concert of classical music.

As a 14-year-old guy, when your dad comes to you and says you have to go to the Symphoria and listen to Beethoven’s Symphony No. 9 in D minor, Op. 125 and a work called Inspiring Beethoven, how many guys would want to go? Maybe a few … let’s be real, it’s none.

As the concert started, I was in disbelief. I actually liked it. Then the music of the first piece got extremely soft, and I started to doze off a little bit. When I started to doze off, the percussionist would hit the drum, and I would wake up. By intermission (after Inspiring Beethoven), I was not impressed at all. I was bored, and I was starting to became impatient.

To my surprise, my overall bad start to my first symphony experience was about to change. Beethoven’s Ninth felt like I was at a real 21st century concert, not including the screaming fans and cheering.

As most of you might know, Beethoven’s Ninth has four parts to it. The first part was fun and just an overall good experience. The second and third parts were boring; again I started to doze off, even though my dad’s head was moving to the beat.

My dad told me the fourth part had singing in it, with a huge chorus. So I was hoping for a big finish, and that is exactly what the Syracuse Symphoria gave me. The singing and the musical instruments together equaled something amazing.

So let’s just say to all the teenage boys who are reading this – probably not that many – give it a chance if your dad wants to spend a little time with you at the symphony.

William Eimas-Dietrich is a freshman at Jamesville-DeWitt High School and a fan of Coldplay and Imagine Dragons. His father is the New Times editor-in-chief.

SOMETIMES, TOLERANCE IS INAPPROPRIATE
Mountain Goat a course in social divide
To Top