When loyal customer Devi Siwakoti enters the All Asian Store, the first and largest of four Nepali grocery stores in Syracuse, a thick waft of cumin, dill seeds and a sense of home greet him.

Flycatchers hang from the ceiling of the small market, which includes only four narrow aisles. A disarray of cardboard boxes of native foods, such as sinki (dried radish), garam masala (ground spices) and watana (fried peas), line the shelves and floor. Cans of gulab jamun, a spongy dessert soaked in rose-scented syrup, sit on top of each other. Nepali brands of miscellaneous items, such as cosmetics, blankets and comforters, soaps and laundry detergent, lie in another aisle. Groups of families filter in and out. 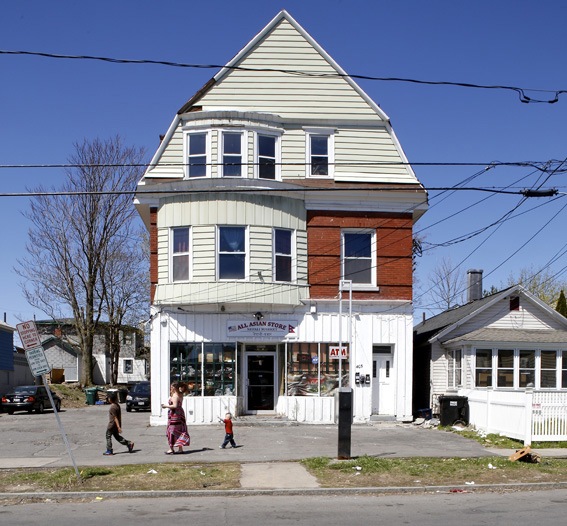 Customers come for groceries, but they also come to chat. Everyone who enters speaks Nepali. Siwakoti says he stops in the store at least once, sometimes twice, per day. He takes a bite of an unpaid-for plum as he talks in Nepali to Bharath Phuyel, the co-owner, cashier and lone employee working in the store. Phuyel, 26, wears a brown newsboy cap, jeans, and two jackets on this winter day.

Siwakoti’s toddler rushes over to a low shelf with bags of Cheetos and KurKure, the Indian brand of the cheesy corn puffs. He chooses the Cheetos. He looks up at his father, shakes the bag, and begs for him to buy it. Siwakoti nods and puts the Cheetos on the counter. He then tries to negotiate the price of a bag of oranges and a crate of Cokes. Phuyel agrees and adds up the new total on a large calculator.

The All Asian Store is beside the All American Market on Pond Street on Syracuse’s North Side, where the majority of Bhutanese-Nepali refugees live. Bhutanese-Nepali refugees come here because they can’t find Nepali food at Wegmans or Tops. The store orders all of its products from a wholesaler in New York City, which receives everything directly from Nepal. Phuyel drives to Manhattan every week to pick up the items.

Phuyel has worked at the All Asian Store since it opened in late 2012. In the past two years, four more Nepali grocery stores as well as the first Nepali restaurant have opened their doors in Syracuse. 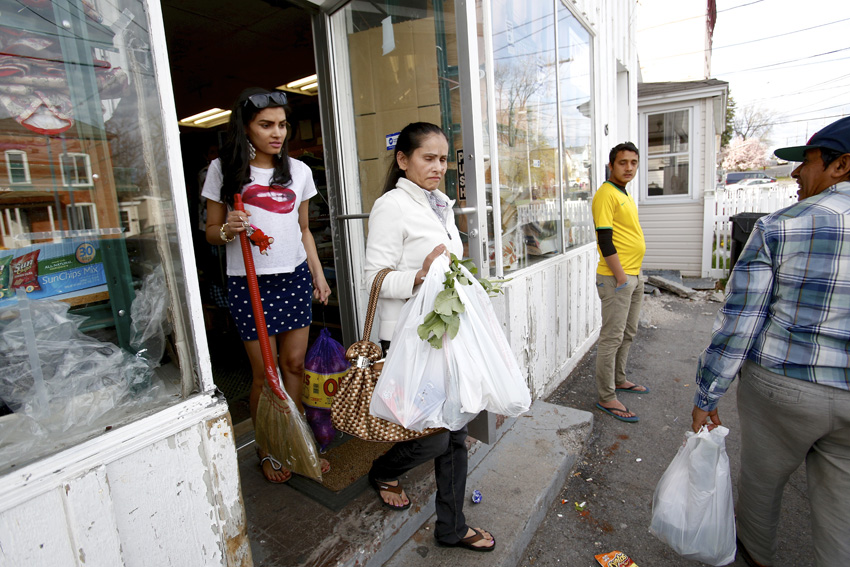 “There’s a huge demand in our community for this food,” says Jai Subedi, the owner of the All Asian Store. Subedi also works as a caseworker for InterFaith Works Center for New Americans and serves as the president of the Bhutanese Community of Syracuse (BCS). When he first arrived, he would walk five miles to a Nepali grocery store in DeWitt, because he didn’t own a car and felt desperate for Nepali food.

The Bhutanese are one of the largest refugee groups in the United States. Almost 7,000 Bhutanese-Nepali refugees have resettled in New York state over the past six years, according to the 2014 Worldwide Refugee Arrival Processing System report. About 4,000 of them live in Syracuse.