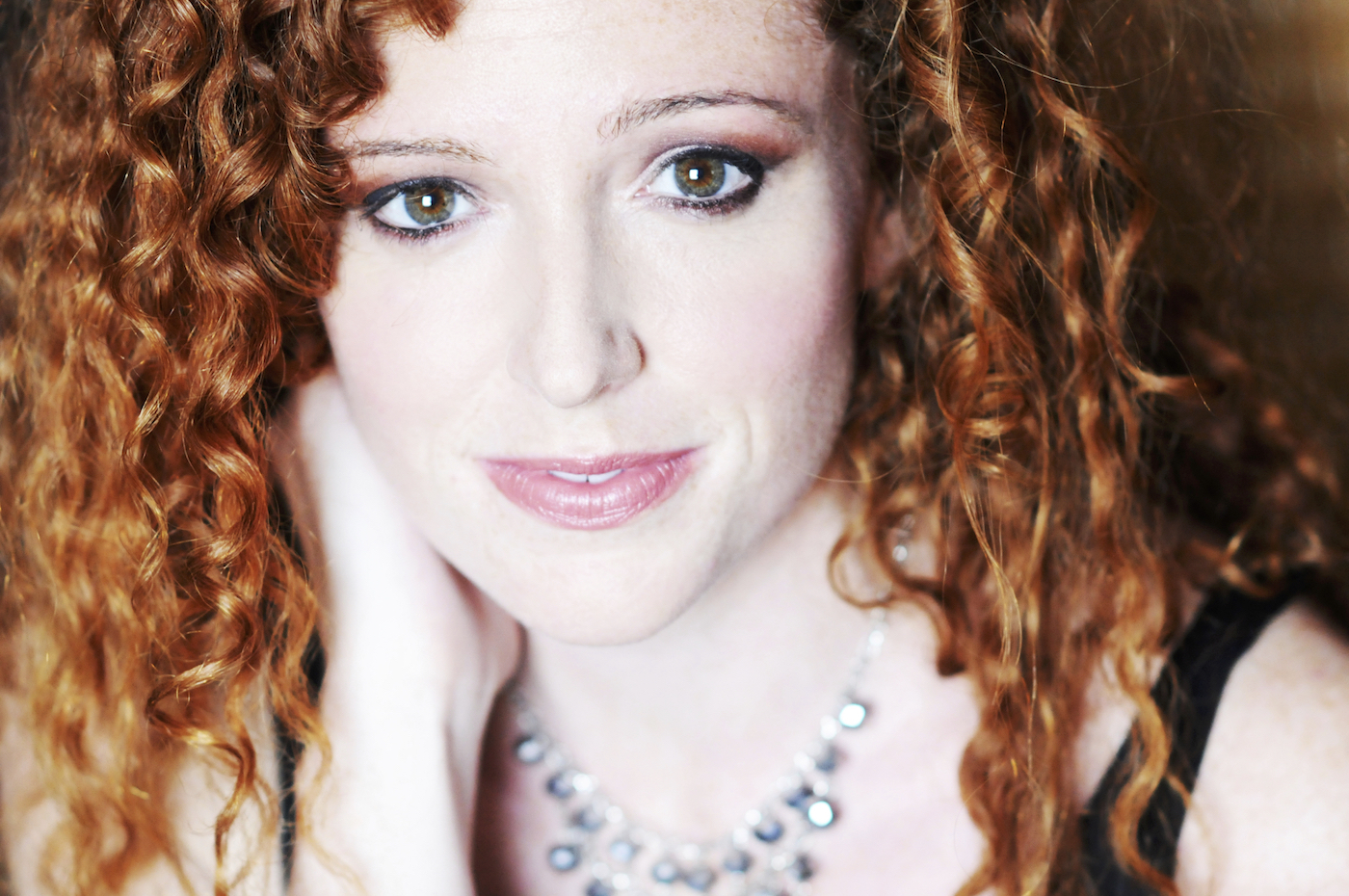 Cabaret entertainment has undergone plenty of changes since Broadway producer Jesse Lasky introduced French-style cabaret to American audiences in 1911. The performance style, often featuring a solo singer accompanied only by a piano, fell out of favor in the 1960s when rock concerts and TV dominated the entertainment scene.

“It’s an exciting time to go outside the box,” said Marissa Mulder, a Syracuse native who has emerged as one of cabaret’s shining stars.

In her 10-year career in Manhattan, the Christian Brothers Academy alumna has covered material by contemporary tunesmiths such as Julie Gold, Neil Young, Christine Lavin, Stephen Sondheim and Dar Williams and bands like Radiohead and Nine Inch Nails.

She has performed at The Carlyle, The Algonquin, 54 Below, Joe’s Pub, Birdland, and the Metropolitan Room. On June 23, 2014, she made her Carnegie Hall debut.

Mulder’s sweet soprano is as memorable as her appearance. With a decidedly girlish voice and a curly cascade of crimson locks, she has won awards and earned rave reviews in New York City, but she’s not content to sit on her laurels. Rather than singing standards over and over again, Mulder actively crafts fresh approaches.

For example, her new show celebrates the songs of New England tunesmith Ray LaMontagne, a reclusive guitar strummer whose compositions have been used on movie and TV soundtracks. He has also been covered by artists as disparate as Justin Timberlake and the Zac Brown Band.

In 2013, Mulder paid homage to another offbeat artist in her show Tom … In His Words: The Songs of Tom Waits. Stephen Holden of The New York Times stated, “Far and away the season’s best show, everything the genre can be but almost never is.”

The Tom Waits show, which also produced an award-winning CD, was directed by New York City native Lauren Fox, an intrepid cabaret singer who had previously performed shows featuring the songs of Leonard Cohen and Joni Mitchell. In 2015 Fox staged a rather daring show called Groupies: The Muses Behind the Legends of Rock’n’Roll.

“Over the last five years, people have been branching out some more,” Mulder said in a telephone interview with the Syracuse New Times. “Karen’s Elvis Costello show was really awesome.”

This year Mulder is staging a somewhat lighter, brighter production of Ray LaMontagne’s folk-rock songs. The dozen tracks in the show include LaMontagne’s 2004 hit “Trouble,” an upbeat version of “You Are the Best Thing” and the heart-wrenching ballad, “Jolene.”

“The cool thing about Ray’s music is that it’s not one style,” Mulder said. “There’s soul and some of the songs are more poppish, some more countryish. It’s a real mix.”

Mulder’s accompanists for Be Here Now will be pianist Jasper Grant and cellist Eric Wong. The instrumentation “might seem a little weird,” she admitted, “but the cello is so beautiful, so lovely. It shakes things up a little. It’s the first time I’ve ever worked with a cellist, and I’m excited about it. Eric adds something so special, especially to Ray’s ballads.”

In order to sing a song with confidence, a performer must believe in the material. “I like Ray’s lyrics,” Mulder said about the Grammy-winning composer. “His poetry tells a story. It’s the same reason I was drawn to Tom Waits. The songs are simple, truthful.”

LaMontagne’s soaring melodies allow her to really belt out his lyrics. “I can do more full-out singing,” she said. “What I admire about Ray is the rawness of his sound and the vulnerability he shows, especially on slow songs — that stops me in my tracks. Even if you don’t know Ray’s music, I think you’ll enjoy our show.”

While the 43-year-old LaMontagne sings in a raspy baritone, Mulder’s voice is the exact opposite: delicate as lace, with the clarity of crystal and the warmth of a hearthstone. Her vocal style inspires comparisons to high-register jazz singers such as Dearie Blossom and Helen Kane.

“People my age and younger like him,” she said. “He’s kind of a recluse, a mystery, an introvert, and that intrigues me. He’s a straight-shooter, and he does what he wants, which I find kind of cool.”

And if cabaret is going to survive for another hundred years, it’s going to have to appeal to younger audiences. That’s why performers like Marissa Mulder, Karen Oberlin and Lauren Fox are putting aside the Great American Songbook in favor of contemporary composers.

“We’re doing material with somewhat of an edge, drawing in a different audience,” Marissa said. “Our older audiences are faithful, and I love them, but they’re not going to be around forever.”

So today’s cabaret artists are courting what Marissa called “fresh audiences” that will continue to support the genre for decades to come. And provide some job security for talented singers such as Syracuse’s Marissa Mulder.