“Live at the Drive-In” comes to the Midway Drive-In Theatre on Thursday, June 19.

Drive-in theaters have pulled numerous stunts over the decades to lure patrons, from running dusk-to-dawn all-nighters to fireworks spectacles to featuring local bands jamming atop the roofs of concession stands, like Syracuse rockers Carmen and the Vikings did back in the day. The latest attempt at ballyhoo happens on Thursday, June 19, as a closed-circuit broadcast of a live Jimmy Buffett concert will be beamed onto the screens of more than 80 nationwide ozoners, including Minetto’s Midway Drive-In, located for 66 years on Route 48 between Fulton and Oswego.

The idea of a live-concert hookup for drive-ins was inconceivable until recent developments, with credit (or blame) going to the conversion process that outdoor theaters have to accomplish if they want to remain in business. Many have since yanked out the old-school 35mm film projectors (because the studios are phasing out distribution of movie prints) and entered the hard-drive world of digital operation.

Midway owner John Nagelschmidt handled the digital switch in 2013, which now enables him to offer the Buffett show, dubbed “Live at the Drive-In,” for Central New York’s die-hard Buffett fan base of Parrotheads. The 67-year-old Buffett has specialized in laid-back pop-rock anthems to the good life for more than 40 years, with “Margaritaville” and “Cheeseburger in Paradise” topping his hit parade, so an ultra-mellow Midway evening is all but inevitable. Buffett has also been touring in support of last year’s CD release Songs from St. Somewhere. 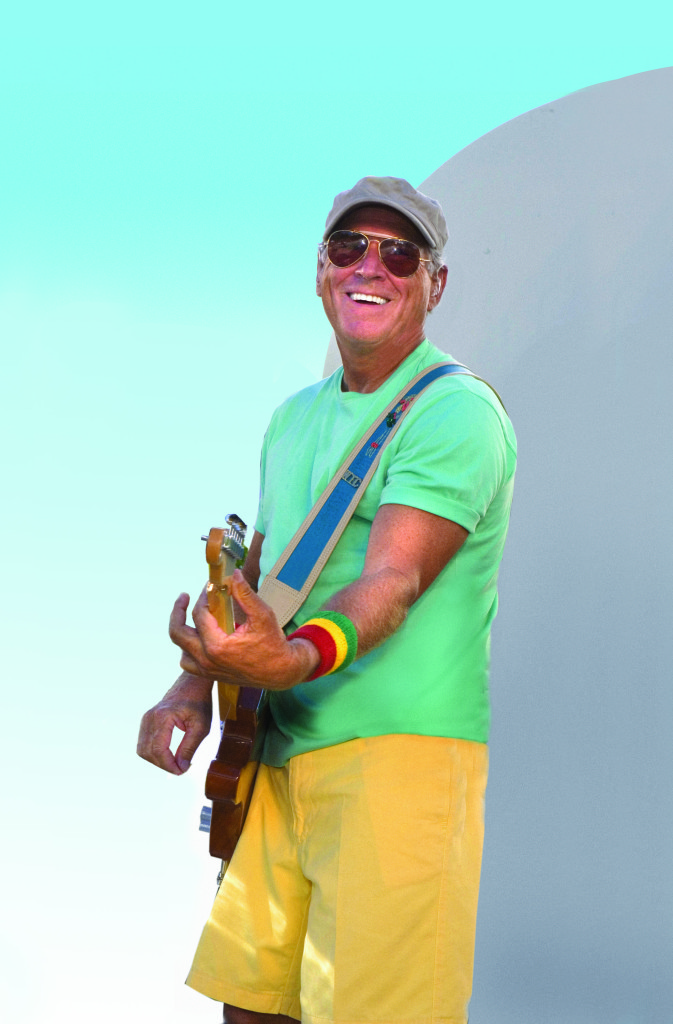 Nagelschmidt recently installed a satellite dish on his roof and hooked the cable into his booth’s Barco projector system, thus giving him the opportunity to pull down the necessary information stream from DirectTV. Then the image will be presented on his 40-by-80-foot-wide screen, with aural accompaniment on low-power FM frequency 87.9 for car radios and boomboxes.

The concert itself will take place at the Coyote Drive-In, located on Panther Island in Fort Worth, Texas. Fans have shelled out $125 a pop at the Coyote to witness this live gig with Buffett and his Coral Reefer Band, whereas Midway customers will only pay $18, either through a ticket link that can be accessed on the Midway’s website or at the gate.

The show will start around 9:50 p.m., and Nagelschmidt has been informed that the concert could run anywhere from 90 minutes to two hours. “There is also supposed to be a pre-show on the screen,” he says, “to keep customers occupied while we’re waiting for it to get dark down there (in Texas).”

Nagelschmidt’s evening will start earlier than usual, with the 600-car ozoner opening at 6 p.m. for tailgaters, who will be allowed to bring in their own food and beverages. The Midway’s no-alcohol policy will have a one-night-only exemption, too, as Nagelschmidt admits, “They’re going to do it, with or without our permission. And Jimmy is kind of insistent that there is a designated driver in every vehicle. He wants us to ask at the gate who is the designated driver.”

Overnight camping will also be permitted for RVs and tenters, albeit with a slight fee. And a will-call window will be established at the gate for advance-sale ticketholders, with several Parrotheads slated to cross the Canadian border to catch the show.

The drive-in’s concession stand is poised to move plenty of cheeseburgers, Buffett’s comfort food of choice. Yet Nagelschmidt also reveals that there might be an addition to the Midway menu: “We’re considering renting a machine to serve virgin Margarita slushies.”

You could’ve entered to win four free tickets…but you had to be a newsletter subscriber, first…(you can subscribe below to be included in future offers)

The stars can shine for a short but beautiful forever
Are You Any Dumber Than Before?
To Top