How many times when you were growing up did one of your parents give you one of those looks and say, “Use your head,” the statement with, you know, that tone?

Yeah, it stuck with me, too, that order to wrap my brain around said situation and use all of my thinking ability to attain the best result possible. Did I always listen? Nope. Did everything always work out when I applied myself? No again.

That brings us to Lucy, the film written and directed by Luc Besson that’s based entirely on the science that humans haven gotten so far in this chain of evolution by using only 10 percent of their brain’s capacity.

It starts with two tales barreling toward each other.

We have title character Lucy, played with great might by Scarlett Johansson. At the start, she’s talking with a crumb bum boyfriend she’s met a week in Taipei, and he’s trying to talk her into delivering a briefcase for him to a Chinese businessman in a skyscraper. Her wits tell her it’s a bad idea, so dirtbag handcuffs the briefcase to her wrist, pushes her toward the front desk and waves from outside the glass door. 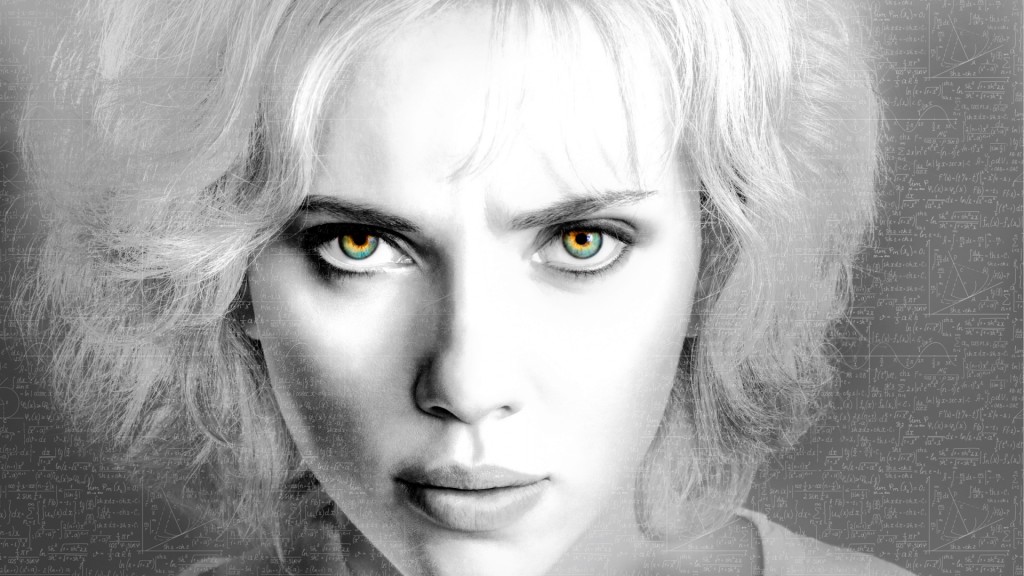 Her instincts were correct, and a bad trip begins.

We also have Professor Norman, a researcher played on brain capacity and how short mammals come in reaching it played with his usual dignity and smarts by Morgan Freeman, lecturing to interested scientists and such in Paris.

Really, Johansson’s Lucy and Freeman’s Norman could have been the only two people in the film.

Sure, Besson has written in and directed a bunch of Chinese bad guys who get their hands on a synthetic version the chemical that babies use in that first wonderful explosion of development, and the accident that causes Lucy to become the smartest person ever in a hurry, and a band of French police who try to protect her from those marauding bad guys. Of those, Min-sik Choi as extremely evil businessman Mr. Jang and Amr Waked as extremely intrepid detective Pierre Del Rio are the best.

Mostly, though, he uses the rest of those ensembles to kill each other off in a torrent of gratuitous killing and violence, my sole quibble with the movie.

The rest of the plot, though, is an interesting twist of events as Lucy becomes more and more evolved, using greater and greater percentages of her brain. The special effects are outstanding and astounding as her mind begins to become capable of accomplishing things that right now are only in the hands of dreamers and special effects departments.

It’s a concept to think about and talk about, this question of what would humankind be capable of if we were able to use our brains more fully.

What Luc Besson, a man whom I have to assume uses only 10 percent like the rest of us came up with, kept me involved all the way.

On the way out of a Saturday matinee showing at Shoppingtown, I heard two twentysomethings talking.

“I’d stop at 15 percent,” one said to the other. “Physically move things with my brain would be enough.”

Teenage Mutant Ninja Turtles New Rap
No Hate about No. 8 from Tarantino
To Top