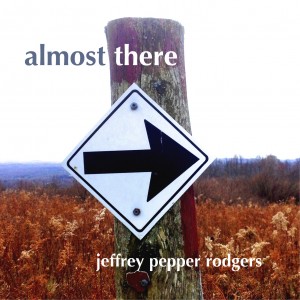 Singer, songwriter, musician and music journalist Rodgers is clever in his songwriting on Almost There. While on one side he is ultimately revealing, he also does well to dwell on the universal themes beneath the personal stories, finding the common ground between the artist and listener. Lyrics consistently turn phrases that catch a curious ear.

Lines as simple as, “Don’t think that I can say goodbye/ so I’ll just go/ Can’t figure how to quite forget/ so much that I know,” (from “Don’t Think That I Can Say Goodbye”) strike a chord of simplicity. And “Turn Away” challenges listeners to let go and move on as Rodgers’ sings, “Turn away/ tomorrow calls without explaining/ up ahead you’ll see/ take a chance/ your memories will not sustain you/ turn away with me.”

Musicians on the album are perfect choices. Rodgers’ guitar work is endlessly engaging and Josh Dekaney lends his always-prime percussion. John Dancks holds steady on bass and Rani Arbo provides fiddle and backup vocals. But the truly understated star is Wendy Ramsay, who contributes flute, clarinet, accordion and glockenspiel as well as tender backup vocals that provide the kind of harmonies that cause chills. The disc is a trip through styles and lyrical themes, but all provide mind candy for the listener to chew on. For more, visit jeffreypepperrodgers.com. 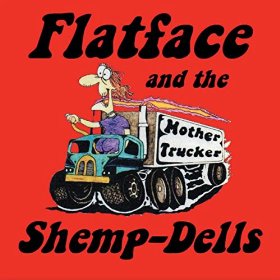 Rowdy and unapologetic, Mother Trucker is brash in the best way. With 11 in-your-face blues-rock tunes delivered with all the attitude they require, this disc is a party in itself.

Wailing vocals and ripping guitar solos (check out “Old Man’s Whiskey”) are only one part of the band’s crushing combo. Tim (Gweemer) Allen leads on vocals, harmonica and banjo; Bob Beattie slays on lead and slide guitar and vocals; Michael T. Farrar is on guitar, mandolin and vocals; Danny Cromp on bass guitar; Jamie Puffer on drums; Justin DeAmbra on keys and vocals; and “The Seventh Shemp,” Mile-A-Away, is on spoons and congas.

Gritty and grooving from the start, “Mama Was a Truck Driving Man” is a tune made for dancing, while “Devil Let Me In” nails the roadhouse rock as Allen sings, “The last time I came here/ the devil let me in/ He said, where you been.” The band also features fresh twists on old themes. “Big Bertha Blues” is a new take on “Deep Elem Blues” and “Good Ole Boy” sounds like a familiar theme song, but with a heavy breakdown. Finally, the Rolling Stones-like blues-rock takes a trip to a softer side with the album’s closer, “I’ve Seen Angels.”

The disc is a sure-sell for anyone on the fence about seeing these good ole boys live. If they can bring it live like they do in the studio, that show would be something to see. And with a resume that sports opening slots for groups like the Charlie Daniels Band, Marshall Tucker Band, Blackfoot, Commander Cody, the Todd Hobin Band, Trampled Under Foot, Dana Fuchs and more, this is a band to catch. For more, check shempsrock.com.

Beautiful Mess – Word’s Getting Around (independent) 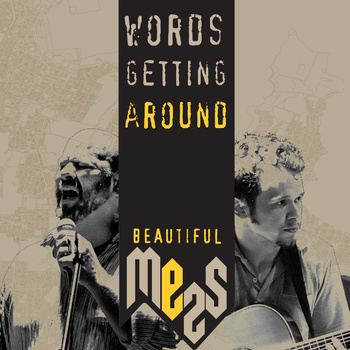 Optimistic from the start, this five-song CD is definitely Christian rock, but carries many of the positive qualities of the genre, without the overly preachy alternate side. The group, anchored by brothers Mike and Chris Ehrhart of Liverpool along with Mike’s son, Tim (a student at Boston’s Berklee college of Music), formed in 2009, and combines music with video to communicate their message and believes in spreading honest messages more than anything else.

“I like that our music, versus some other contemporary Christian acts, has a very balanced view of the faith journey,” Tim is quoted on the band website, beautifulmessmusic.com. “Because sometimes contemporary Christian music can be guilty of making everything look pretty glamorous, like everything’s golden, and while there’s a place for that, there are other moments where we need to offer up something more real and we try to draw a good balance between the two, acknowledging that there are really great moments of joy but that there are also times of struggle.”

This pleasantly surprising disc leaves a good taste behind and the hope that this local band will make more live appearances for music lovers. For more information about the EP and upcoming performances, visit beautifulmessmusic.com.