A number of Syracuse musicians release new music in time for the holidays.

Nick Ziobro – A Lot of Livin’ to Do (Titanium Entertainment)

Manlius wunderkind Ziobro scores out of the chute, swingin’ like mad on his debut disc. The baker’s dozen tracks pulsate and percolate under the sharp-eared supervision of musical director and pianist Tedd Firth helming an all-pro sextet featuring venerable guitarist Bucky Pizzarelli. Firth also wrote the arrangements, which make the six musicians sound like 18, giving Ziobro an orchestral foundation that functions like a launching pad. The young man simply plugs in and blasts off. 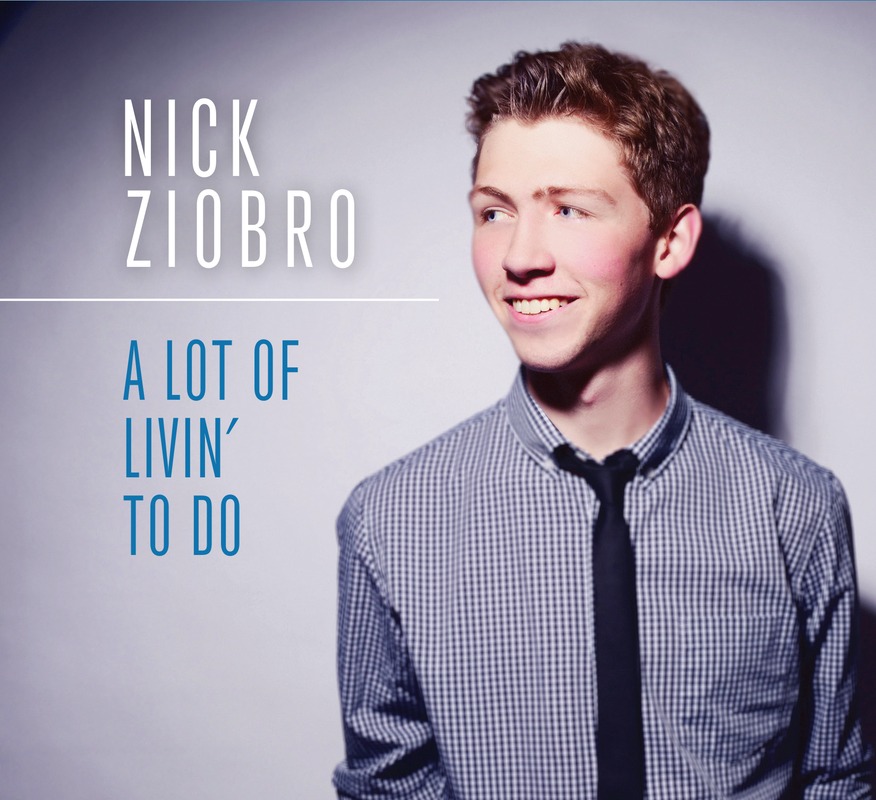 Manlius wunderkind Ziobro scores out of the chute, swingin’ like mad on his debut disc.
Photo from nick-ziobro.com

Take Ruth Etting’s 1931 hit, “All of Me.” Nick, who recorded this when he was still 17 years old, takes it to a new level. First he delivers the rarely heard intro verse and then — pumped up by Pizzarelli, bassist Jay Leonhart, drummer Ray Marchica, trumpeter Brian Pareschi and saxophonist Marc Phaneuf — he swings “All of Me” for all it’s worth.

Produced by Ziobro’s Manhattan mentor, Michael Feinstein, at Nola Recording Studios in New York City, every track aptly showcases Nick’s full-bodied vocals, clever phrasing and overall joie de vivre. Favorite selections include Jimmy Van Heusen’s “Here’s That Rainy Day,” Gershwin’s “How Long Has This Been Going On?” and a hot and cocksure “Too Close for Comfort.”

Ziobro, who turned 18 in July, is now studying musical theater at Rider University in New Jersey. The CD is only available via his website, nick-ziobro.com, but digital copies can be purchased at the usual online retail sites.

Thirty years ago, Syracuse Area Music Awards (Sammy) Hall of Famer Kelly honed her vocals accompanied by a variety of Hammond organists at Jewel’s, a salt-and-mostly-pepper nightclub on Broad Street. When she returned to Central New York, she worked more often with pianists. One of them was Dino Losito. One day, Losito switched his keyboard to the Hammond B-3 sound, and a light bulb flashed. The result is this dynamic 12-track disc featuring Losito on the Hammond organ. 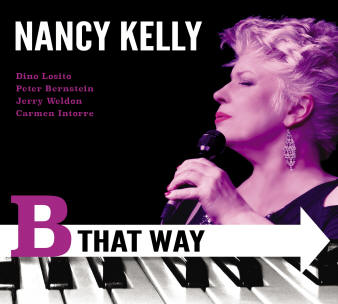 While tenor saxman Jerry Welden and guitarist Peter Bernstein get a fair share of lead action on the instrumental breaks, Losito makes the organ growl, notably on “Come Back to Me” and the boppy “Billie’s Bounce.” Losito also plays the bass lines while Buffalo-born Carmen Intorre keeps time on the drums.

Kelly and Losito both turn up the heat on ballads like “Common Touch” and “Good Morning Heartache,” and turn in a delightful, devil-may-care version of  “Please Don’t Talk about Me When I’m Gone,” an apt homage to two of Kelly’s big influences, Ella Fitzgerald and Carmen McRae.

Recorded at Tedesco Studios in Paramus, N.J., and mixed at Hobin Studios in Baldwinsville, B That Way shows off Nancy Kelly the way she is: a self-assured artist with a heart of gold and the voice of a hep archangel. Visit nancykelly.com for details. 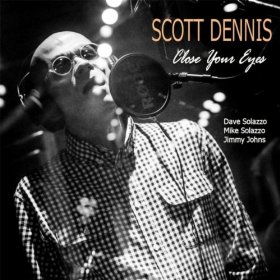 Yet Dave Solazzo nearly steals the spotlight with his ever-inventive piano breaks on uptempo numbers such as “Hey There” and “Sunday in New York.” He can play it dreamy, too, on slower tunes like “Close Your Eyes” and “A Time for Love.” Mike Solazzo adds a very hip bass solo to the slightly suggestive title tune, and Mike and drummer Johns kick off “Just One of Those Things” with a nifty bass-and-cymbal intro.

Dennis demonstrates a flair for improvising along with his sidemen, as with their fascinating version of Kern and Mercer’s “I’m Old Fashioned,” embellished with Johns’ Caribbean rhythms and Dave Solazzo’s kickin’ keys. The Dennis disc was produced by Nancy Kelly at SubCat Studio; to buy a copy, email [email protected] or call 422-4226. Scott Dennis often sings with the Rhythm-Airs big band every Wednesday, 7 p.m. to 9 p.m., at the Camillus Elks Club.

Raised in Syracuse by classical-musician parents, Oberlin has blossomed into an award-winning Manhattan cabaret star. Although she made her bones by interpreting Great American Songbook composers, she branches out by stripping down her sound for this 13-track disc. Instead of using a rhythm section, she works one-on-one with guitarist Sean Harkness. Its decidedly eclectic material includes tunes by Joni Mitchell and Paul McCartney. 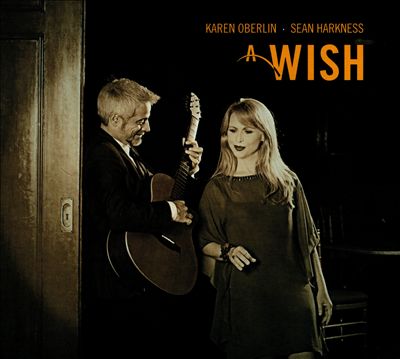 Although she made her bones by interpreting Great American Songbook composers, Oberlin branches out by stripping down her sound for this 13-track disc.
Photo from allmusic.com

Harkness, a Big Apple-based six-stringer favorably compared to both Joe Pass and Tommy Emmanuel, was Oberlin’s sole accompanist when these tracks were recorded Feb. 17 at SubCat Studios, with Ron Keck at the control board. A Wish oozes intimacy, as though her voice and his guitar are sharing a confidential conversation.

They pay homage to Yip Harburg (a playful “Poor You”), Billy Strayhorn (“No One Knows”) and Warren and Dubin (“I’ll String Along with You”), but this album sounds more like New Age folk than Tin Pan Alley jazz. Take Paul Simon’s “Train in the Distance,” a haunting narrative unlike anything Oberlin has ever recorded. The lyrics, about an older man who pursues a young married woman, tell a bittersweet story framed by faraway railroad sounds, cleverly suggested by Harkness’ careful chording.

Through it all, Oberlin’s magnificent voice remains lively and lovely, full of nuance and emotion. This disc could signal a new direction for our hometown heroine: She’s certainly willing to expand her horizons, and that’s good news for her audiences near and far. Visit karenoberlin.com for details.