The five-story building was built in 1895.

Living Space is looking for interesting, unique apartments, lofts, residences in downtown Syracuse. If you would like to nominate a Living Space, please send an email (with a couple photos if you can) to [email protected]

After giving up their large Sedgwick home and renting an apartment downtown for three years, Linda Henley and Russ Andrews decided to make an even bigger change.

In 2005, they bought 311 Montgomery St. The five-story building, which is listed on the National Register of Historic Places, was built in 1895 for the CNY Telephone and Telegraph Co. In 1906, the phone company moved and gave the building to the Onondaga Historical Association (OHA), which used it for storage and research until 2005.

“It worked out really well for us,” Henley said. “We thought, ‘OK, we’ll make the commitment.’ We’ve had no regrets.” 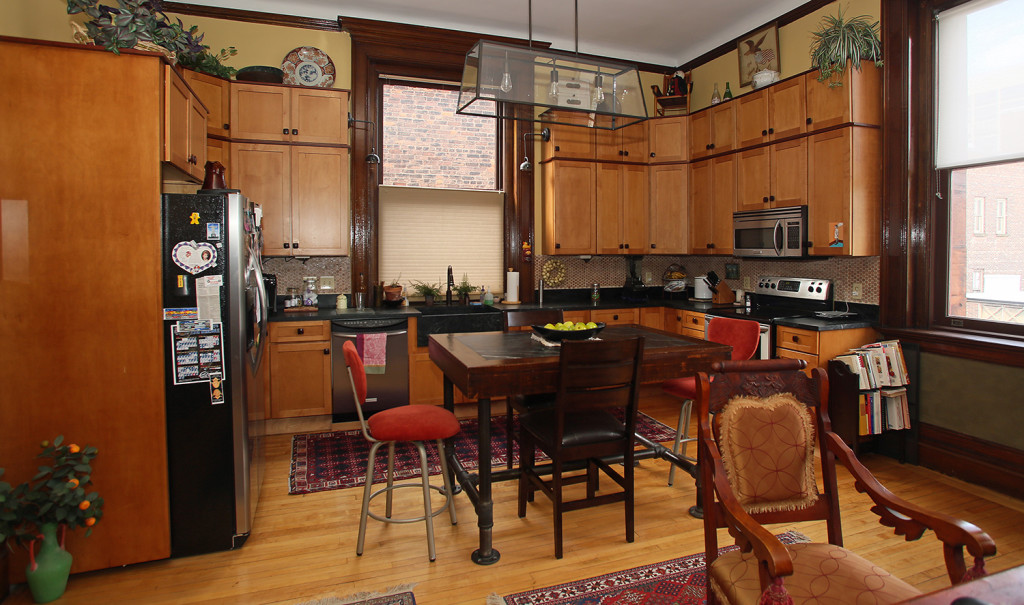 The kitchen at 311 Montgomery St. retains the original woodwork in the 1895 building.

They kept as many details of the original building as possible, while rewiring and replumbing to bring it up to date. A door into the couple’s apartment still has the original Collections sign from the telephone company’s day. Photos in the shared central stairway, which has cast-steel stairs with slate treads, show operators busy at work.

“We kept all the woodwork. We didn’t want to just gut everything,’’ she said. “I wanted to save as much as we could.”

Rather than scrap original features, some were moved. Oak columns were moved from the adjoining space and flank the king-size bed in the couple’s bedroom. Linoleum put in by the OHA protected the oak floors, which have been refinished. The 13- and 14-foot ceilings were retained. The original fireplaces were fitted with electric inserts. Keeping the gas fireplaces would have meant replumbing the building, “which would have cost a fortune,” she said. 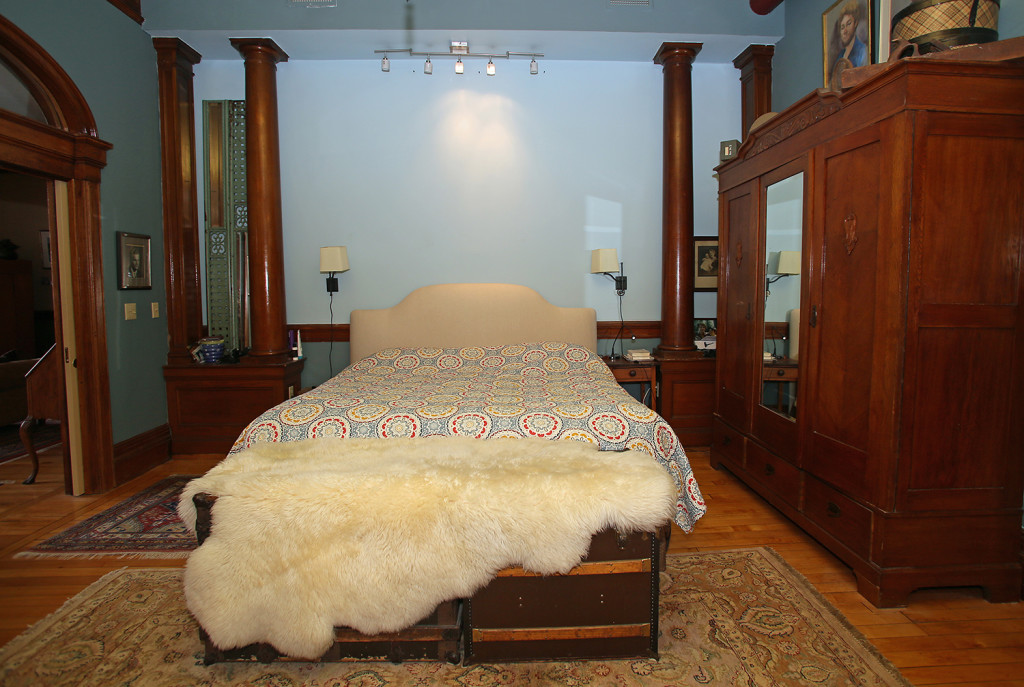 The oak columns on either side of the bed were moved from another part of the apartment.
Gloria Wright Photo | Syracuse New Times.

“We had to put in kitchens, but we tried to keep with the character of the building,” Henley said.

Four years ago, the couple helped start the Cathedral Square Neighborhood Association, which includes both residents and business owners.

“A lot of people don’t think of us as a neighborhood, but this is a wonderful neighborhood. It’s very quiet. There’s so much stuff going on downtown, and often you just wander into it. It’s just a lot of fun,” she said.

“I recommend living downtown to everybody. Do like we did: Rent first and check it out,” she said. “If it doesn’t work out, go back to the ‘burbs again.”