A car you don’t have to wash? Even if it’s a white car you just drove through the mud? Or got splattered with motor oil, bird droppings, tree sap? You get the idea.

It’s only in the testing stages now, but someday, if nano-paint technology succeeds, washing your car may become a thing of the past. Nissan has announced it’s testing the self-cleaning paint on its new European Note model over the next several months.

The super-hydrophobic (water-repellent) and oleophobic (grease-repellent) paint is being put through a variety of messy road conditions. Nissan is the first carmaker to test the technology, called Ultra-Ever Dry®, on an actual car body. 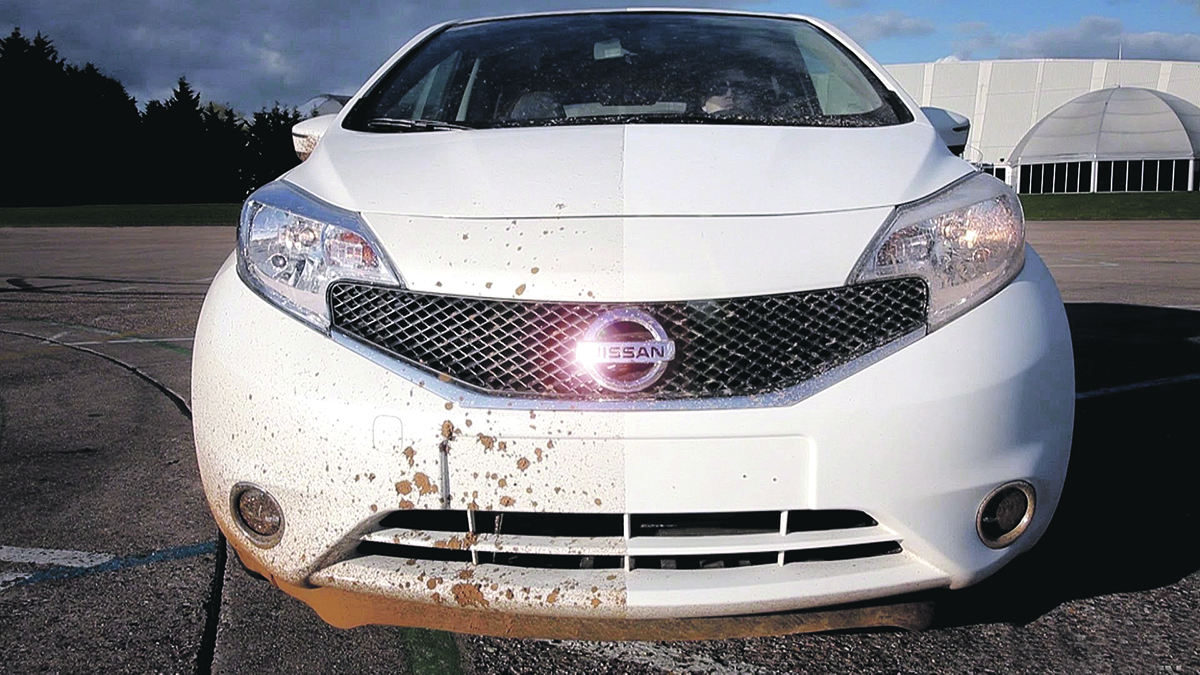 Dirt and water bead up (and are supposed to disappear) when they hit the self-cleaning paint Nissan is testing on its Note model in Europe.
(Photo courtesy of Nissan)

By creating a protective layer of air between the paint and environment, the paint effectively stops standing water and road spray from creating dirty marks on the car’s surface.

So far, the coating, which is being marketed and sold by UltraTech International Inc., has responded well to common use cases including rain, spray, frost, sleet and standing water, say Nissan researchers in Switzerland.

Would this mean the end of charity car washes?  Commercial car washes? The guy with a hose and a sponge in his driveway every weekend?

While there are currently no plans for the technology to be applied to the Note or other models as standard, Nissan says it will continue to consider the coating technology as a future “aftermarket option.”  In other words, it’s a ways off from your local dealer’s showroom, and even then, it looks like something you’d have to pay extra for.

How long it would take other car-makers to adopt self-cleaning paint is another yet-to-be answered question, as is the biggest question to Syracuse-area drivers: How well can it fend off road salt? No word on that yet.

Get ready for another little SUV

In case you’re looking for a small SUV, you’ll have one more to choose from by early 2015.  Chevrolet will start selling it Trax mini sport utility vehicle in the United States, though it’s a familiar vehicle elsewhere. It was sold in 140 other countries as of last year, according to Car and Driver magazine.

The Trax was among the vehicles Chevy trumpeted at the just-concluded New York International Auto Show. The New York Times called it “an attractive little hauler” and noted it has 48.4 cubic feet of cargo area, with the rear seat folded.  It will be equipped with a 1.4-liter turbocharged 4-cylinder engine, which is offered in the Chevy Sonic, and Chevy expects it to be rated at 138 horsepower, also like the Sonic. 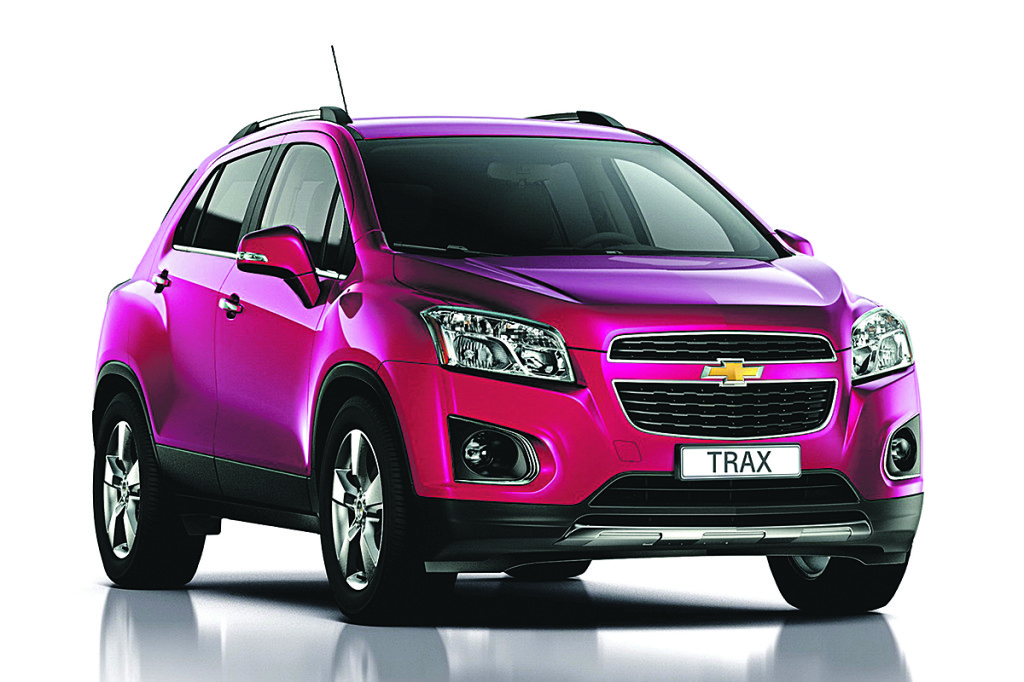 Chevy promoted its Trax mini SUV at the recent New York City International Auto Show. It has been available in other countries for some time but won’t go on sale in the U.S. until 2015.
(Photo courtesy of Chevrolet)

Pricing information and an on-sale date are not yet available.

The Trax debuted as a concept car in 2007, and the current vehicle was shown at the 2012 Paris auto show and in 2013 at the Detroit auto show.

When it comes to ecology-conscious car shoppers, the Golden State is the greenest, according to Cars.com, the automotive website that just released its annual list of the top 10 cities or metropolitan areas where car shoppers go green.  California claims seven of the top 10 (up from five last year), and two more cities are also on the Left Coast. Only one — Charlottesville, Va. – is non-Western.

The data is based on Cars.com visitors’ searches for hybrid and electric vehicles.