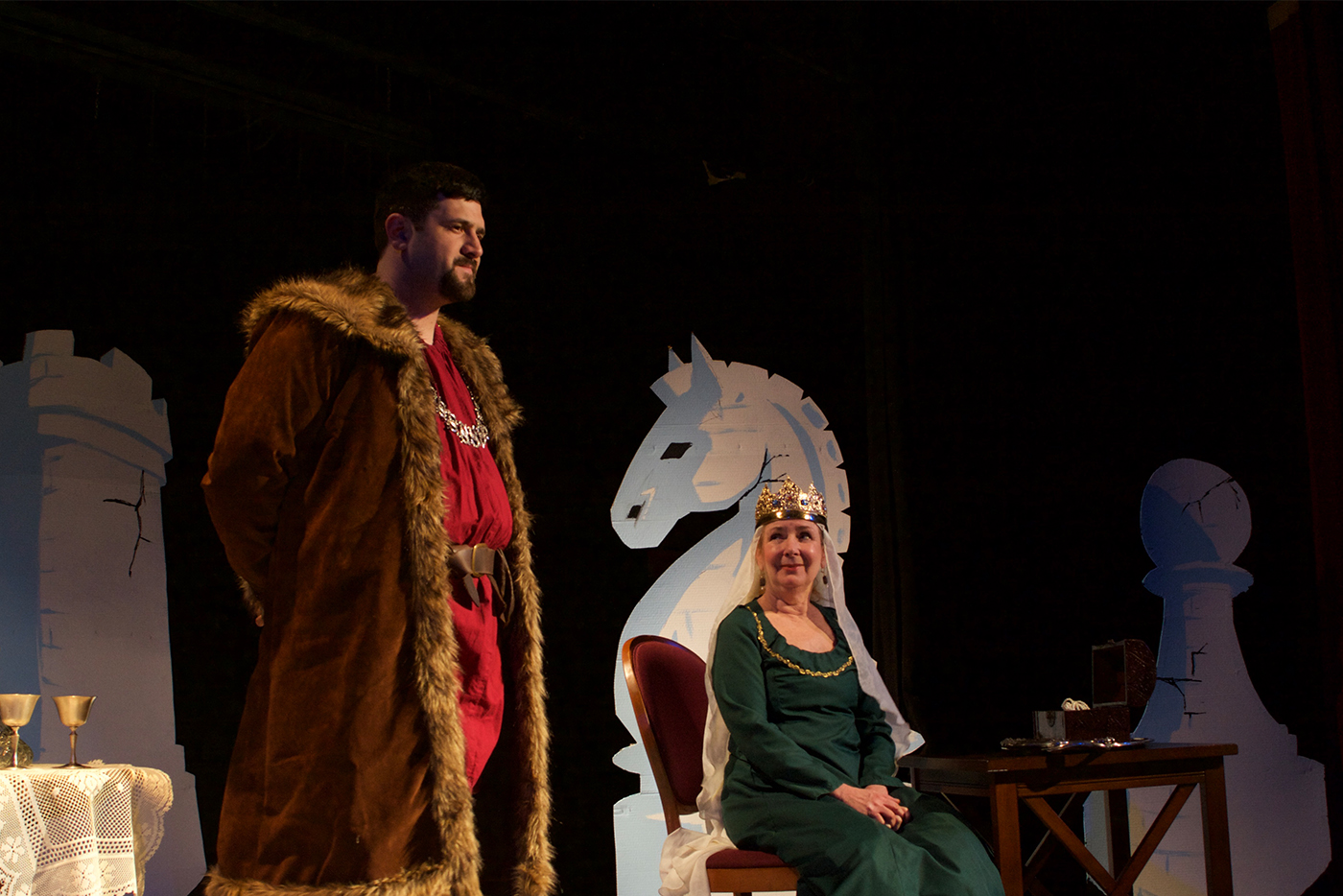 The Syracuse Shakespeare Festival hosts the production of “The Lion in Winter.”

A game of chess would be over much faster if the pawns, knights and other cast of characters would turn on their own king. The queen, in the prime position, socially and physically on the board, would have the best opportunity to take out her husband. However, who would be the next and best suitor?

Syracuse Shakespeare Festival’s adaptation of James Goldman’s The Lion in Winter (through Sunday, Feb. 21, at the State Fairgrounds’ Empire Theater) proves itself to be a masterful game of wits, with cunning characters engaged in verbal swordplay at its most intriguing and at times mentally tiring.

Simon Moody steals the show with his portrayal of patriarch Henry II, whose years of leadership prove he isn’t as indecisive as he seems. His role in familial matters, leadership disputes and critical thinking in times of war are essential in establishing his reign. During his romantic affair with Alais (Kimberly Grader), Henry releases his wife, a strong-willed Eleanor of Aquitaine (Nora O’Dea), from prison for the Christmas holiday. His kinder side shines through a clouded negativity, for she is an equally astute counterpart, and he admits to not wanting to see his “decaying wife,” whom he often refers to as a Gorgon.

Along with deciding to take the next step with the younger Alais, Henry must decide which of his three offspring are worthy enough to take the throne. Meanwhile, the conniving King Philip (Austin Arlington), also half-brother to Alais, is playing devil’s advocate with hopes that the royal family will crumble.

The three sons are pitted against each other for royal treatment. Jeremiah Thompson plays Richard the Lionheart, the war hero who is revealed to be a mama’s boy. (Historically speaking, despite this being a fictitious production, he is the successor to his father.) The youngest, John, is seen in his spoiled-rotten teens. Aaron Alexander portrays the deviant admired by his father despite his being significantly unfit for any responsibility.

Dan Rowlands portrays middle child Geoffrey; he’s the shrewdest, and knows his unfortunate place in the family. “No one talks about crowns and mentions Geoff,” he snidely chirps, showing his brothers have won the most affection. On the bright side, his exclusion prevents him from being manipulated as a puppet, which gives him the opportunity to play both sides as well.

Observing the implosion of a powerful family is much like watching two chess opponents move their pieces during a mentally challenging game. No matter how long the game has been going on, it’s best to just play it out and embrace the mental war, win or lose. The moving pieces come to life in The Lion in Winter, and it’s a game you wouldn’t want to toss to the side.