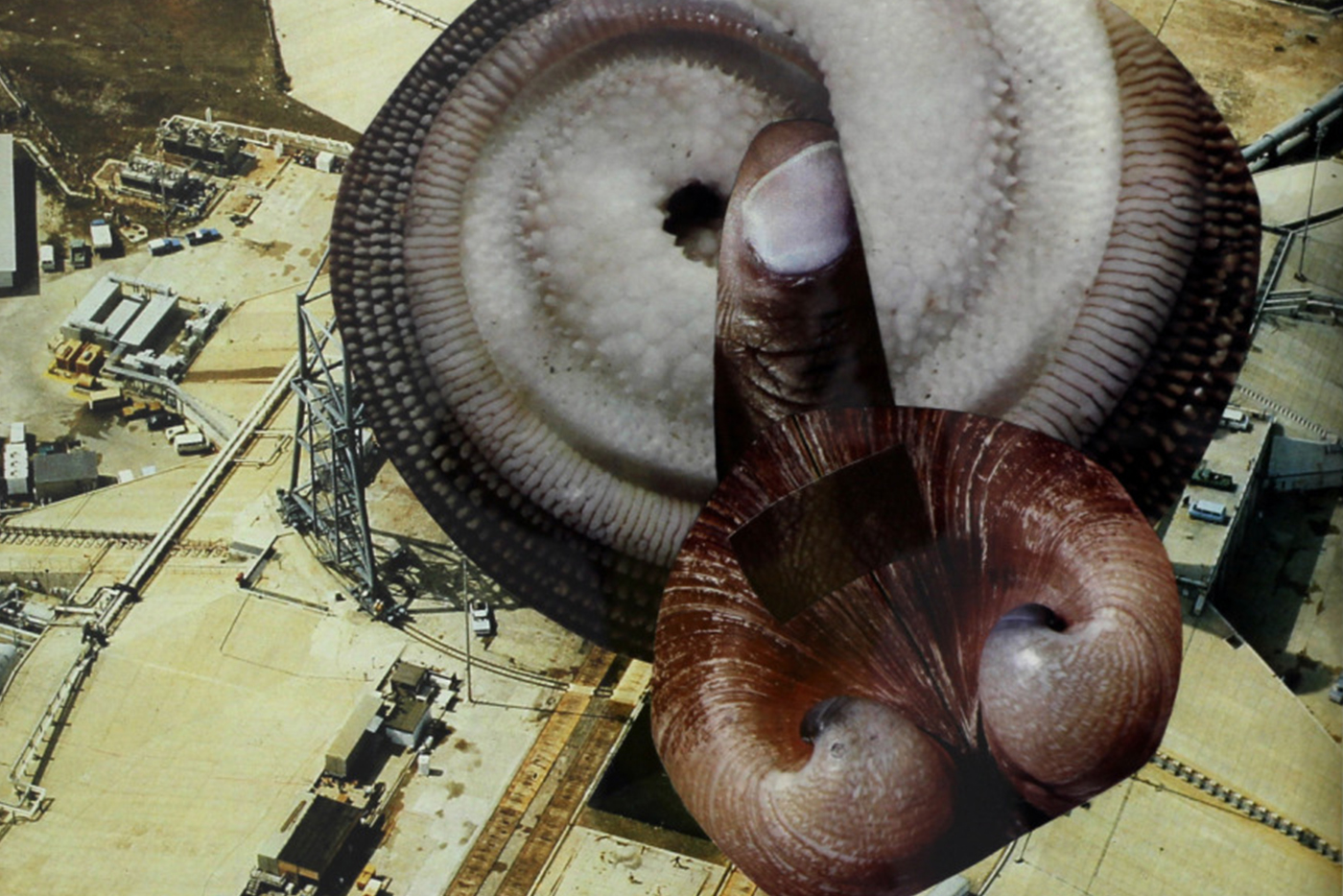 Light Work exhibit reflects on violence, the environment and other topics.

In her one-woman exhibition To Sleep with Terra, Sune Woods uses collage and video to examine and reflect on violence, threats to the environment, and media overload. The show, on display at Light Work, presents tinfoil and folded pieces of paper, recombined, torn and altered photos, and a short video detailing life within a war zone. Woods communicates a sense of fragmentation, outright exhaustion, and simply trying to survive.

To initiate a conversation with viewers, the artist utilizes various approaches. For example, she appropriates a page from a book published four decades ago, one listing such dubious achievements as the record for a couple dancing the twist for the longest period of time.

The piece focuses on much more than the banality of such records: It’s considering the information we process on an ongoing basis and its impact on our consciousness. Woods has inserted an image of a finger into the illustration; the finger redirects a viewer’s attention and plays a key role in reinterpreting the page.

On a gallery wall, another work combines tinfoil and many scraps of paper. This is in no way an effort to promote recycling. Rather, it concentrates on consumption, not just of products but of information distributed through various media. What happens as we process that information on an ongoing basis?

In the video titled A Feeling Like Chaos, three protagonists, all of them black women, wander through a realm dominated by weapons, disasters, a bullet-ridden car and other indicators of violence’s impact. The images shift rapidly from a barren landscape, to conflicts, to two of the women embracing, to guns viewed in isolation, not in someone’s hands. The audio skips from loud noises like a police helicopter in the air to flat, utterly calm voice-overs discussing societal breakdowns. In the midst of it all, the women struggle to survive, providing the only trace of hope in the video.

The exhibit displays other material such as a small image of a deer, and a page extracted from a science text published long ago that describes locust swarms. Here the point doesn’t seem to be the specific import of either deer or locusts. Rather, it suggests that our relationship with nature exists on several levels, with information just one of them. We have neglected emotional ties and respectful coexistence with other species.

To Sleep with Terra includes various other collages and a work appropriating a photo taken by Marion Post Wolcott, best known for the documentary photography she did during the 1930s and 1940s. For “Mothership,” an imaginative artwork, a flesh-and-blood, male-and-female spaceship, with both human characteristics and those of an ocean creature, hovers above a launch pad.

That work and the rest of the exhibit express an unconventional narrative communicated via a distinctive visual idiom. To Sleep with Terra pulls together disparate pieces and isn’t intended for casual viewing. Rather, it demands that viewers rethink day-to-day events and life in the 21st century.

To Sleep with Terra is paired with a second exhibit showcasing works created by winners of the 2017 Light Work Grants. That includes images created by Joe Librandi-Cowen that depict Auburn Correctional Facility’s presence smack in the middle of his hometown of Auburn. Stephanie Mercedes documents her efforts to make sure that photos of human rights violations in Argentina during the “Dirty War” are available to sustain a national memory of that period. To symbolize problems with changes in copyright laws, she has placed metal rods that form an “X” over contact sheets. The show also features work by Mary Helena Clark, whose films have been screened at the 2017 Whitney Biennial, at the Museum of Contemporary Photography in Chicago, and various international film festivals.