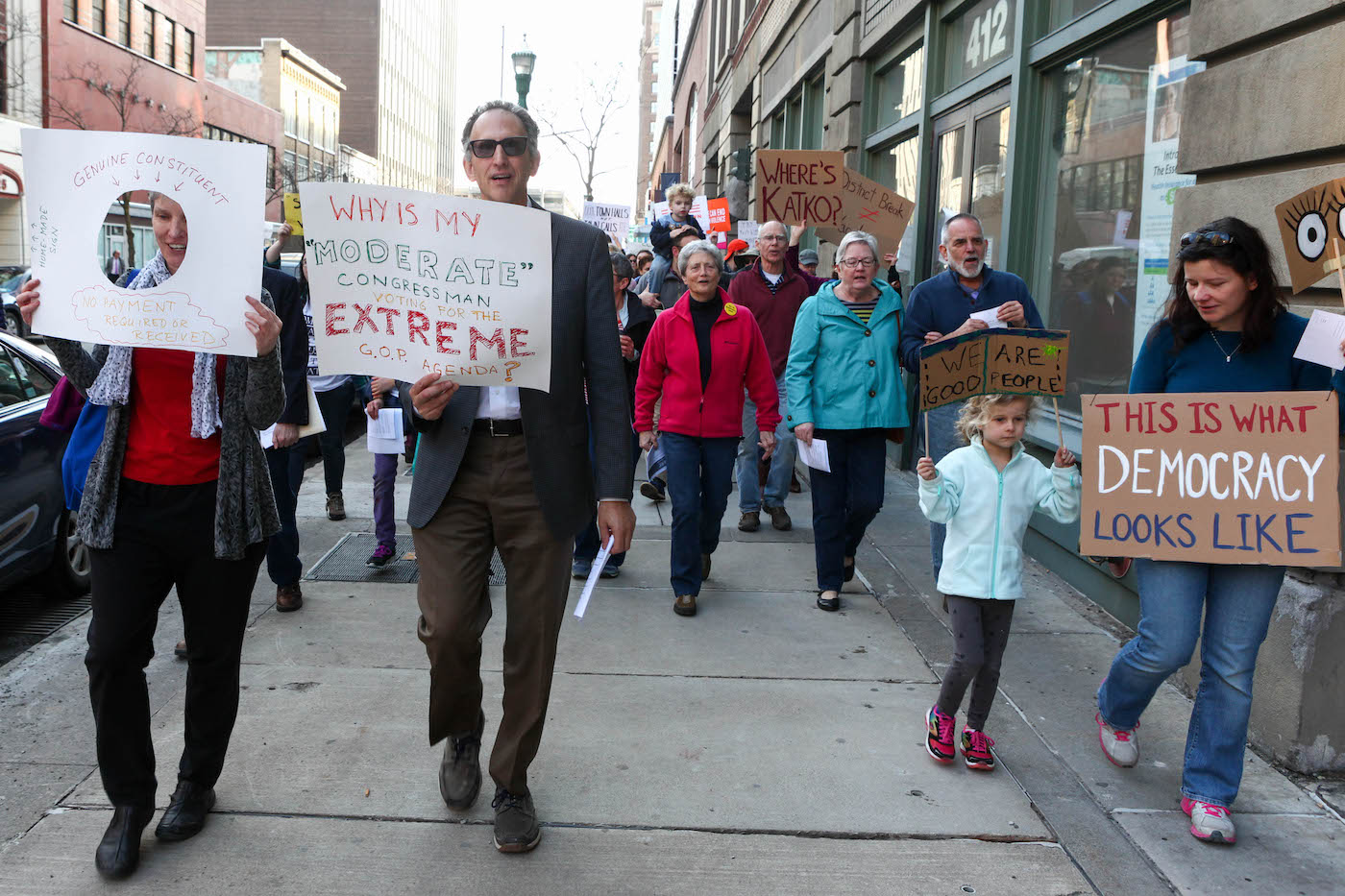 Protesters come forth as Katko remains mum on campaign promises.

Critics of Rep. John Katko continue to ask the Republican representative of the 24th Congressional District to hold in-person town hall meetings. As anger over President Donald Trump’s policies grows among some of his constituents, Katko has refused to commit to a public meeting, contradicting a campaign promise he made when he ran against Rep. Dan Maffei in 2014.

On Monday, Feb. 27, Katko appeared in a 32-minute Facebook Live interview with the Auburn Citizen. Critics say this format, like those of his other events, allows Katko to control the narrative, avoid facing opponents and stifle debate. Monday’s online interview drew many of the same questions protesters raised during a Feb. 22 two-hour march and rally in Syracuse. 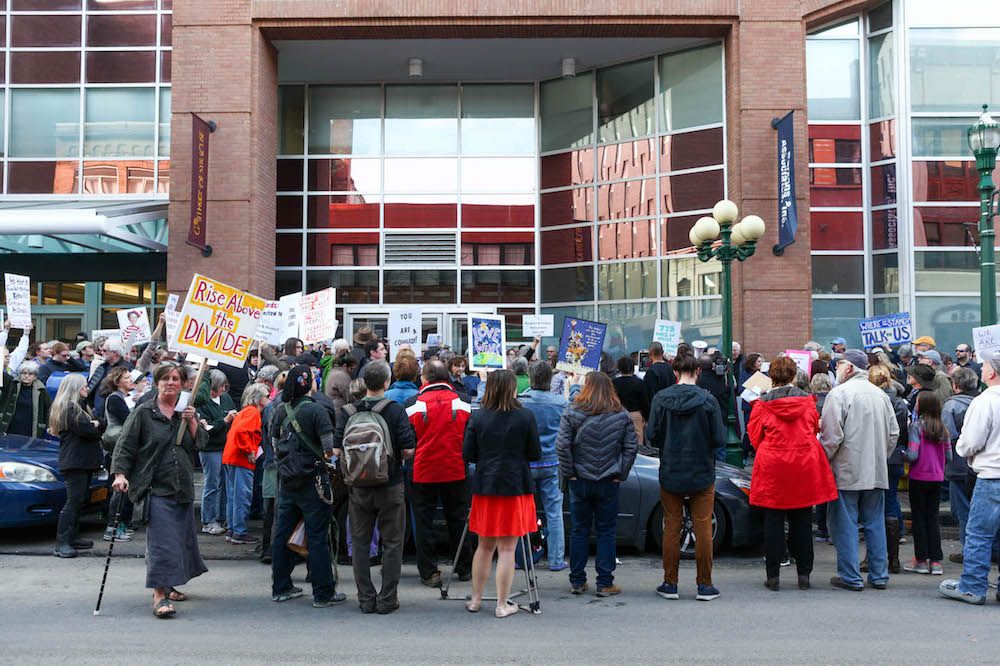 About 400 people participated in the Feb. 22 Syracuse rally, asking, “Where is Katko?” Simultaneous rallies took place in Auburn, Lyons and Oswego. The rally started and ended at 440 S. Warren St., home to Katko’s Syracuse district office. On an unseasonably warm day, protesters — many of whom identified themselves as first-time participants — marched and chanted for nearly two hours. 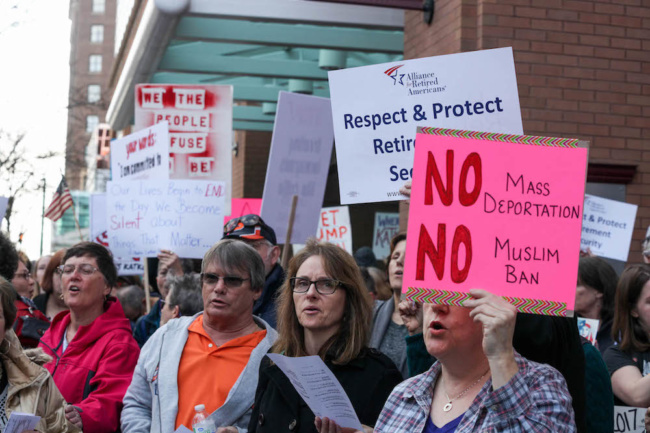 “They want to silence us,” Kristen Mosher, of Syracuse, said. “It makes me want to sit down so he can hear what we’re concerned about. If he can’t, we’ll elect someone who supports human dignity, because this administration isn’t.”

Many carried signs that referred to Katko’s Feb. 16 statement, in which he criticized local protesters’ connection to Indivisble, a national group whose website offers “A Practical Guide for Resisting the Trump Agenda.” He said in the statement he is “distressed by the efforts of a small number of people to create disruptions.” He also said “I will not allow a national outside group to hijack service to my district or disrupt meaningful engagement with my constituents.”

Some of Katko’s Republican colleagues, including Trump, have dismissed critical constituents as “paid protesters” and called the protests “theatrics.” White House Press Secretary Sean Spicer last week described the protests as a “very paid, AstroTurf-type movement.” Tea Party demonstrations against the Affordable Care Act in 2009, he said, were “very organic.”

“We’re concerned citizens, not paid protesters,” read one sign at the Syracuse rally. Several people carried pictures of the cartoon character Waldo with Katko’s face. Other signs read “Where do you stand? Talk to us” and “This is democracy, not theatrics.”

Kristin Mosher of Syracuse finds Katko’s comments about protesters insulting and dismissive. “They want to silence us,” she said. “It makes me want to sit down so he can hear what we’re concerned about. If he can’t, we’ll elect someone who supports human dignity, because this administration isn’t.”

Gail Tosh of Baldwinsville drew cheers for her speech. “I would like Mr. Katko to explain his votes,” she told the crowd. Why is he not calling out Trump, whose agenda “is scaring the crap out of people,” she asked.

She encouraged Katko to act as the independent he claims to be. “You break rank with the GOP, I’ve got your back, man,” she said. “How can you be doing your job if you’re not listening to the people?”

Several people at the rally identified themselves as Katko voters. Deb Donaghue of DeWitt said she had never before contacted her congressional representative, but she called Katko’s office twice in the last month. “If he continues to ignore his constituents, he’ll get voted out,” Donaghue said. “Moderate Republicans will lose a voice.”